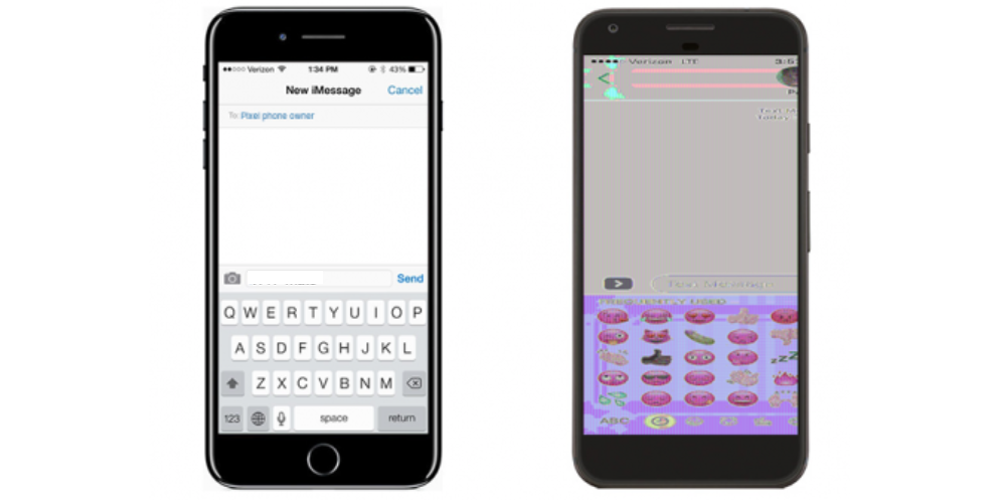 A Google support forum employee initially blamed Apple, suggesting that Pixel owners ‘reach out to Apple support’ before others pointed out that the problem had to be at the Pixel end, an apparent bug in the way that either the Pixel or Android 7.1 processes incoming MMS images.

iPhone to iPhone screenshots are fine. iPhone to Pixel are not fine. How is that “confined” to iPhone? Sounds like a problem with the way Pixel is parsing the MMS.

Google is now said to be aware of the issue, but has not yet said when a fix might be available. So if you’re messaging Pixel-owning friends and they complain about distorted screenshots, it’s not you, it’s them …