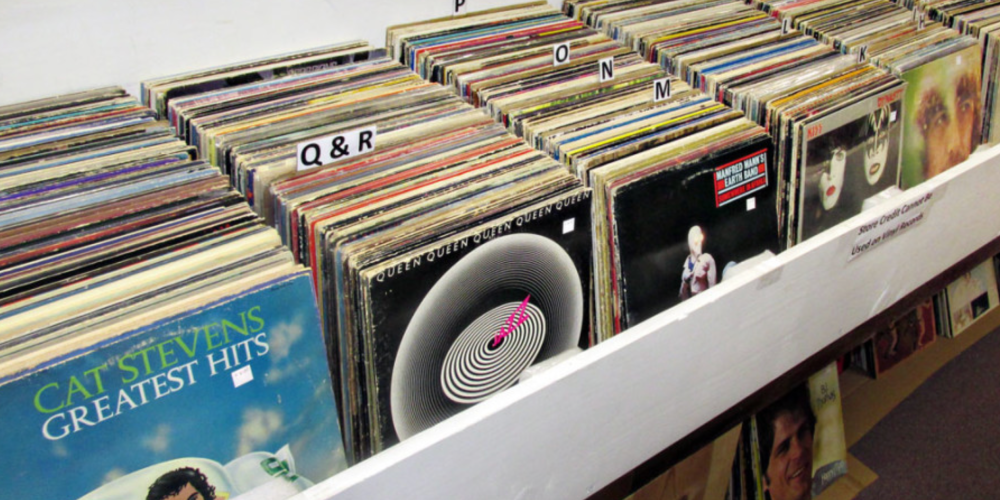 There’s been an odd trend shaping up in the music industry as of late. As streaming services become more prominent, music downloads are starting to become a thing of the past. At the same time, music in vinyl form has been on the rise again and according to new data from the Entertainment Retailers Association, it’s even becoming a larger revenue stream than digital downloads in some markets…

According to the data, shared by the BBC, vinyl album sales accounted for about $3 million of music sales in the United Kingdom last week, while digital album downloads accounted for about $2.6 million in sales. While this is certainly an interesting trend, there are a couple of things to note.

First, this data is referring to album sales only, thus not taking into account single song downloads, which tend to be more plentiful than full album downloads. Though, album downloads obviously bring in more revenue in the end.

Additionally, vinyl albums tend to cost more than digital albums, as evident by the fact that 120,000 vinyl albums were sold last week, while 295,000 digital ones were sold.

Nevertheless, this is a surprising statistic and shows huge growth for the vinyl industry. During the same week last year, vinyl albums accounted for $1.5 million in sales, while digital downloads accounted for $5.6 million.

In 2007, vinyl was nearing extinction but since then, the format has shown 8 consecutive years of growth. Furthermore, it’s interesting to note that according to a BBC poll earlier this year, people aren’t necessarily buying vinyl records to listen to them. The poll showed that 48 percent of people surveyed do not play the vinyls they buy, while 7 percent of buyers didn’t even own a record player.

“This is yet further evidence of the ability of music fans to surprise us all,” said ERA chief Kim Bayley.

“It’s not so long ago that the digital download was meant to be the future. Few would have predicted that an album format, first invented in 1948 and based on stamping a groove into a piece of plastic, would now be outselling it in 2016.”

This ultimately is likely due to the emergence of streaming services. People are taking the price difference between buying multiple albums per month and the one-time streaming service monthly charge and putting it towards vinyls. According to the same BBC poll, one of the most common reasons people buy vinyl is as a “goodwill gesture to an artist they love.”

As the habit of purchasing and downloading music becomes less and less common, there was a report that Apple was considering killing iTunes music downloads all together earlier this year, though the company itself refuted that claim.

Personally, I’ve definitely spent more on vinyl albums over the past year than I have digital downloads. Apple Music is my primary way of consuming music and I see buying vinyl as a collector habit more than anything. What do you think? Are you still buying vinyl? Let us know down in the comments.