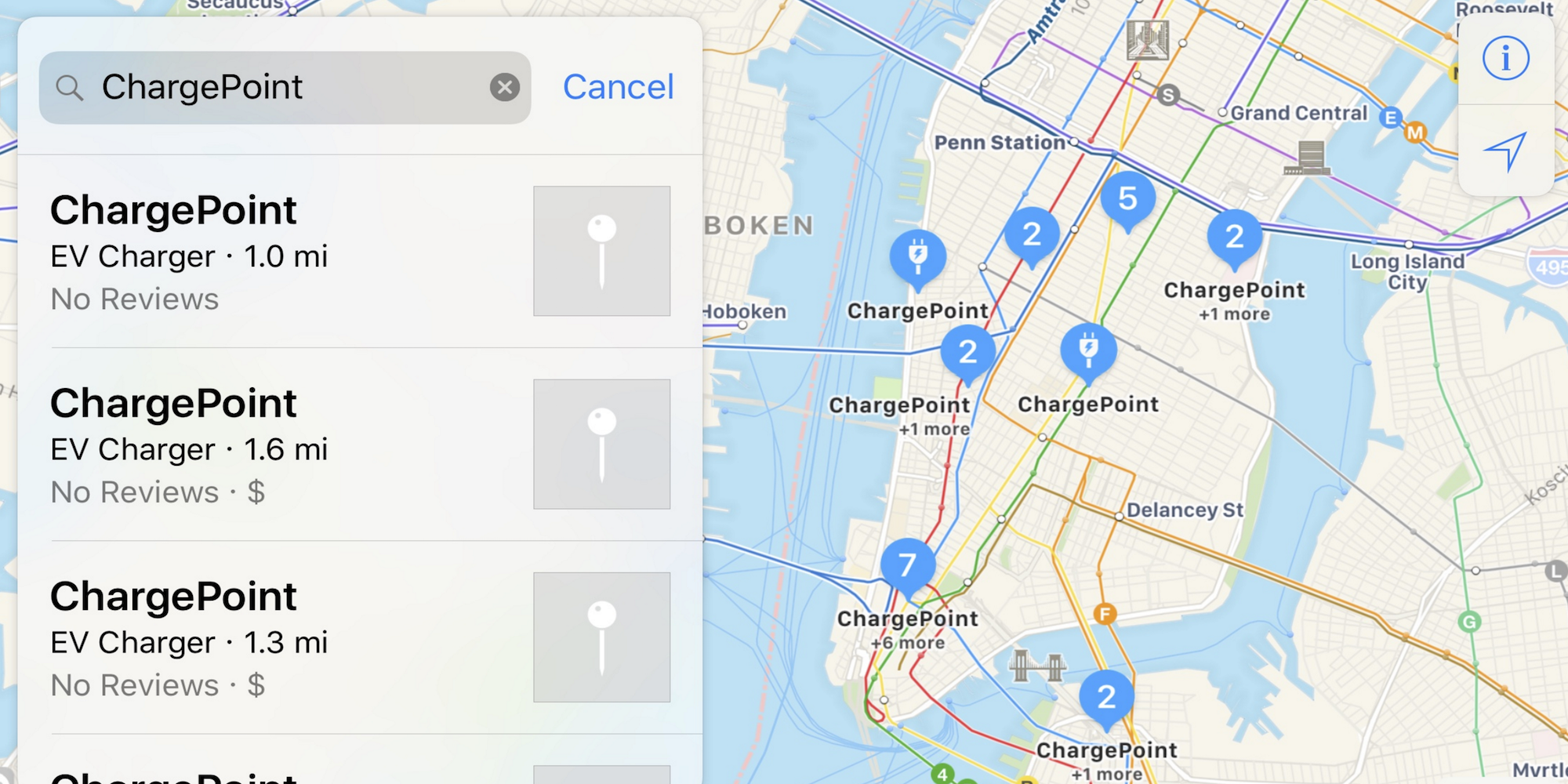 The official integration not only means that ChargePoint’s network of charging stations will now be visible as EV Charger badges within Apple Maps, allowing users to tap through to get more info on the station, but users can also initiate charging and complete payment from a link in Apple Maps to the ChargePoint app (Apple Pay included).

ChargePoint, the world’s largest electric vehicle (EV) charging network today announced an integration with Apple Maps that lets drivers click on new EV Charger badges on Apple Maps… Right from their iPhone they can start charging, pay, and see other station details. Once they’re done charging they can navigate to their next destination. The presence of charging station badges on maps reinforces that EVs are going mainstream, with chargers popping up everywhere to make driving electric easy.

The newly added ChargePoint listings on Apple Maps will also include information on directions, hours of operation, and pricing if available.

Here’s a look at the ChargePoint listings in Apple Maps: 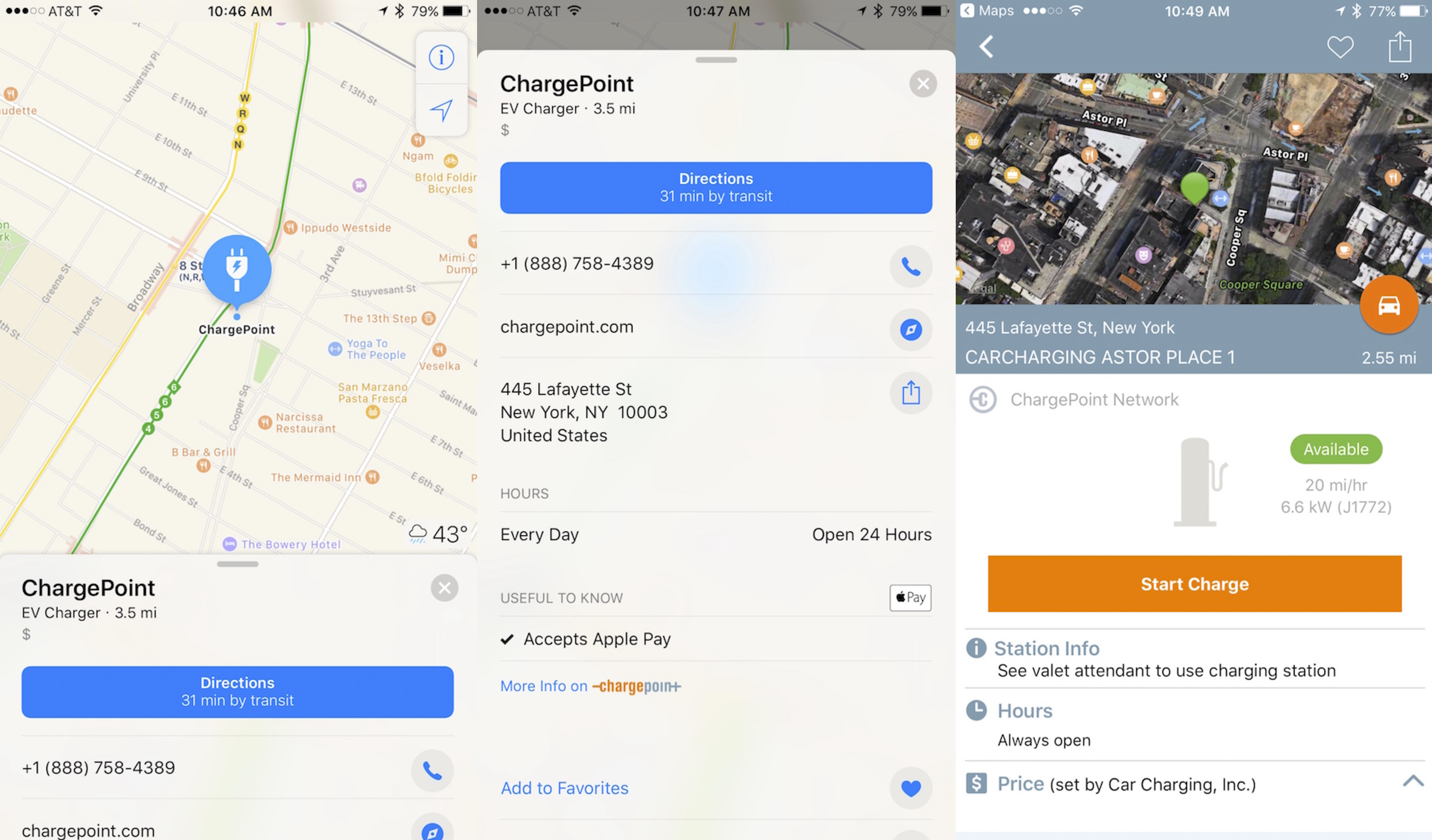 We noted back in July that Apple Maps had started quietly adding enhanced parking space info and electric charging listings via data provider Parkopedia. Users have in recent weeks and months noticed electric charging stations listed from other providers including ChargePoint, but today is the first official confirmation from the company that it’s indeed providing its data to Apple. It’s also the first we’ve seen of an EV charger network offering the ability to initiate charging and complete payment from a link directly within Apple Maps.

ChargePoint claims to be the world’s largest EV charging network with over 31,200 charging spots and it maintains a real-time availability map on its website here.