13-inch Touch Bar MacBook Pro gets just over 8 hours battery life in Apple’s own iTunes movie playback test, how to test yours [Video] 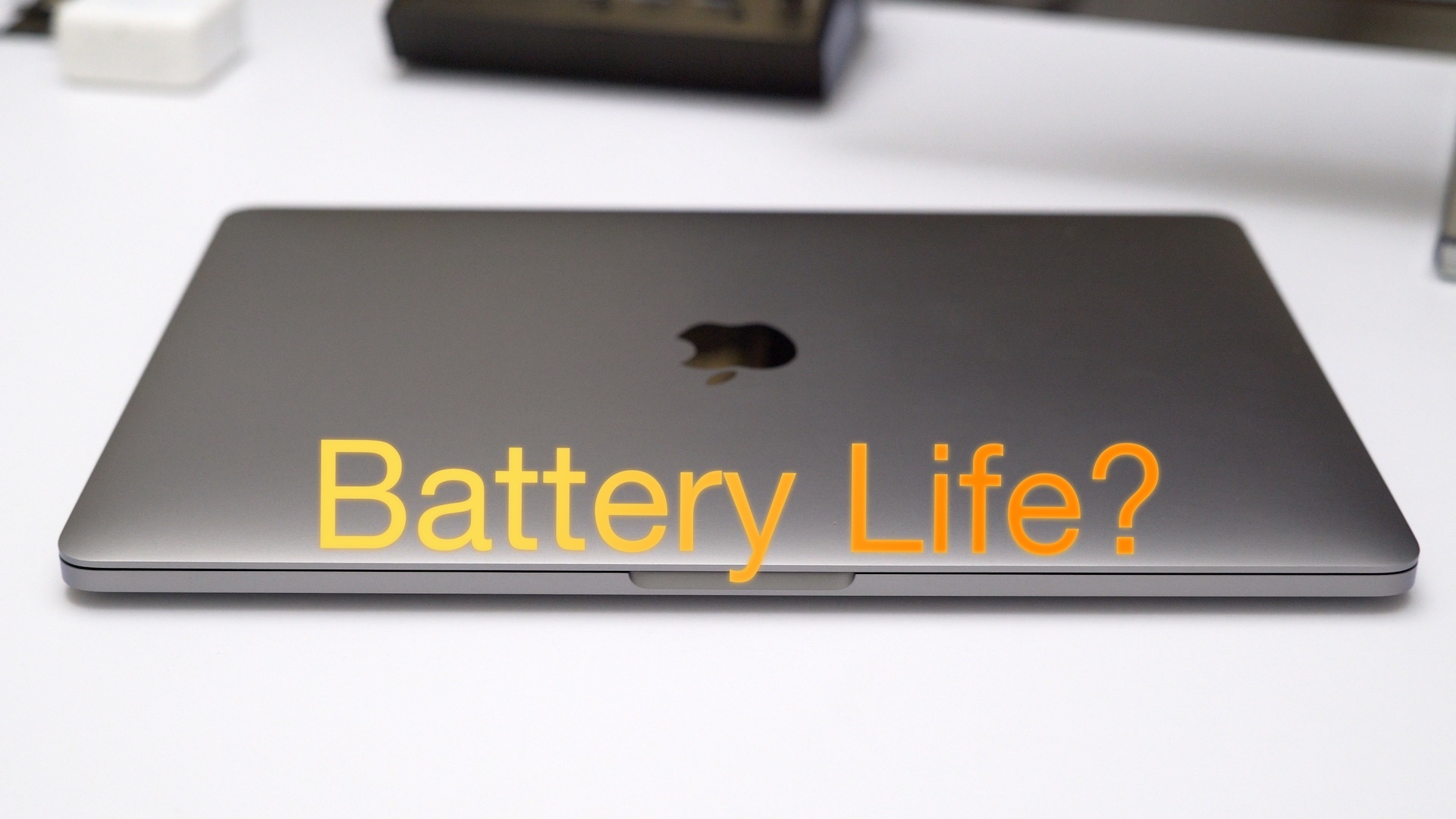 I tested my MacBook Pro using a stringent version of Apple’s own iTunes movie playback test that the company uses in its official battery tests. I found that under more stringent conditions, the 13-inch MacBook Pro will last a hair over 8 hours, but likely less in more realistic scenarios.

Have a look at the test results in our hands-on video, along with a walkthrough on how to perform an accurate iTunes movie playback test on your MacBook Pro.

On its MacBook Pro tech specs page, Apple notes battery life for wireless web, iTunes movie playback, and standby time. While wireless web can turn out to be more subjective based on the web content used (Apple doesn’t disclose the sites it uses in the test), I think that the iTunes movie test is about as straightforward as one can get. It would be better if Apple named the specific media content used to be able to replicate the test more closely, but as long as you playback 1080p movie content continuously, the test should prove to be fairly accurate.

I took time to ensure that I closely followed Apple’s parameters for its iTunes movie playback test. Apple’s guidelines are as follows:

The iTunes movie playback test measures battery life by playing back HD 1080p content with display brightness set to 12 clicks from bottom or 75%.

That’s not too difficult to replicate.

Apple also notes the type of machines it uses in its testing:

My machine is a 3.3Ghz dual-core Intel Core i7-based 13-inch MacBook Pro with a 512GB SSD and 16GB of RAM. That’s a moderate improvement over the the system that Apple uses for its tests, so it’s only right to expect slightly worse battery life if both machines go head to head.

Step 1: Connect your MacBook to its charger and charge to 100 percent.

Step 3: Create a new movie playlist, and add the two downloaded movies to that playlist.

Step 4: Right click on each movie and ensure that video quality is set to High Definition (1080p).

Step 6: Close all apps and restart your Mac, but don’t log in just yet.

Step 7: Enter your password, and hold the Shift key as you click the login button. This will prevent login items from starting, which could otherwise have a negative influence on battery life.

Step 10: Using the Touch Bar, Turn keyboard brightness all the way down. 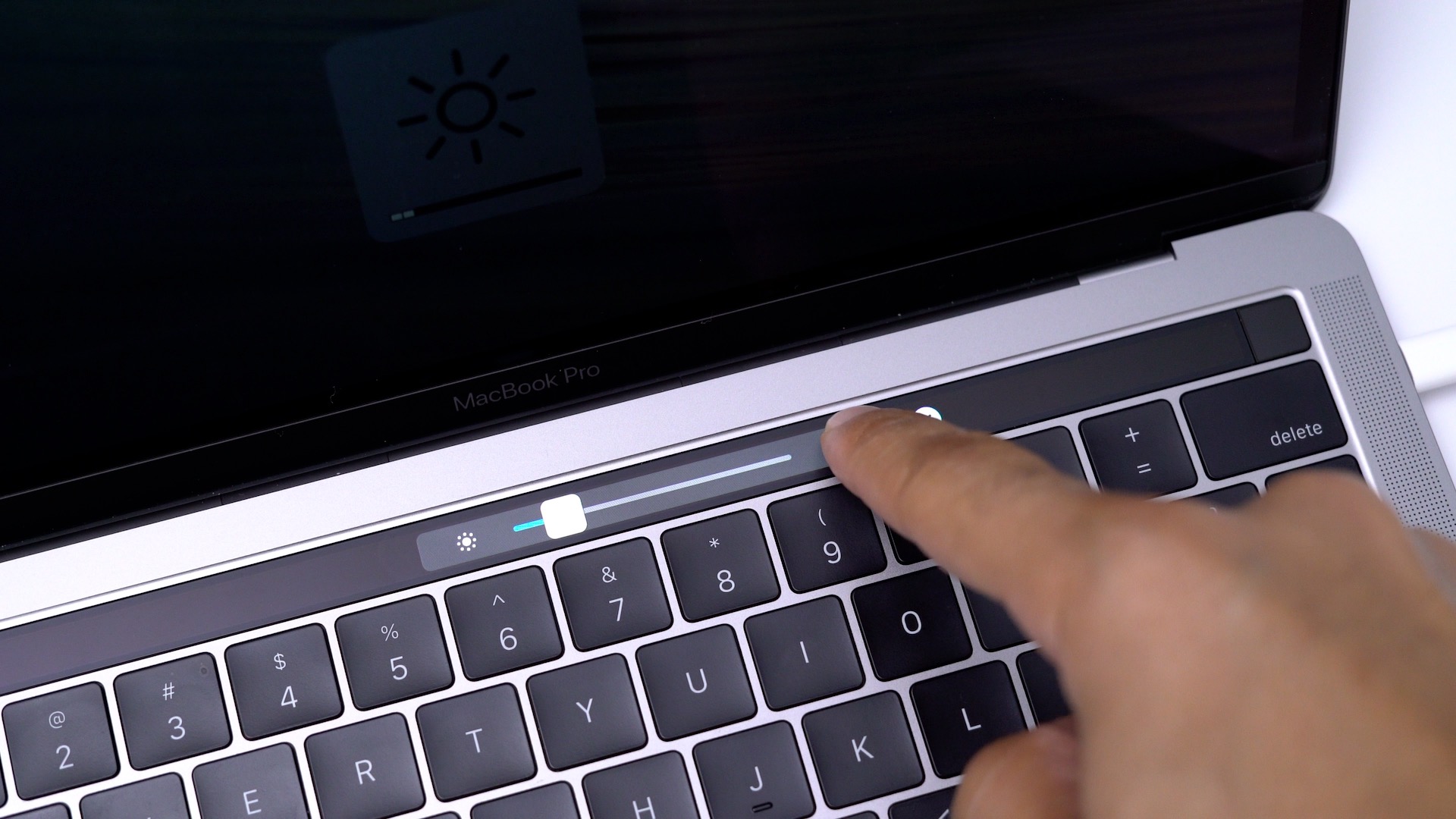 Step 11: Using the Touch Bar, Turn volume all the way down, and then adjust the volume 8 clicks up to get to 50 percent volume.

Step 12: Hold Option (⌥) on the keyboard and click the Notification Center icon in the menu bar to disable notifications.

Step 14: Launch iTunes, and open the playlist that you created in step 3. Click Controls in the menu bar and select Repeat → All. Start playing the first movie and it should play endlessly until the MacBook Pro’s battery dies. 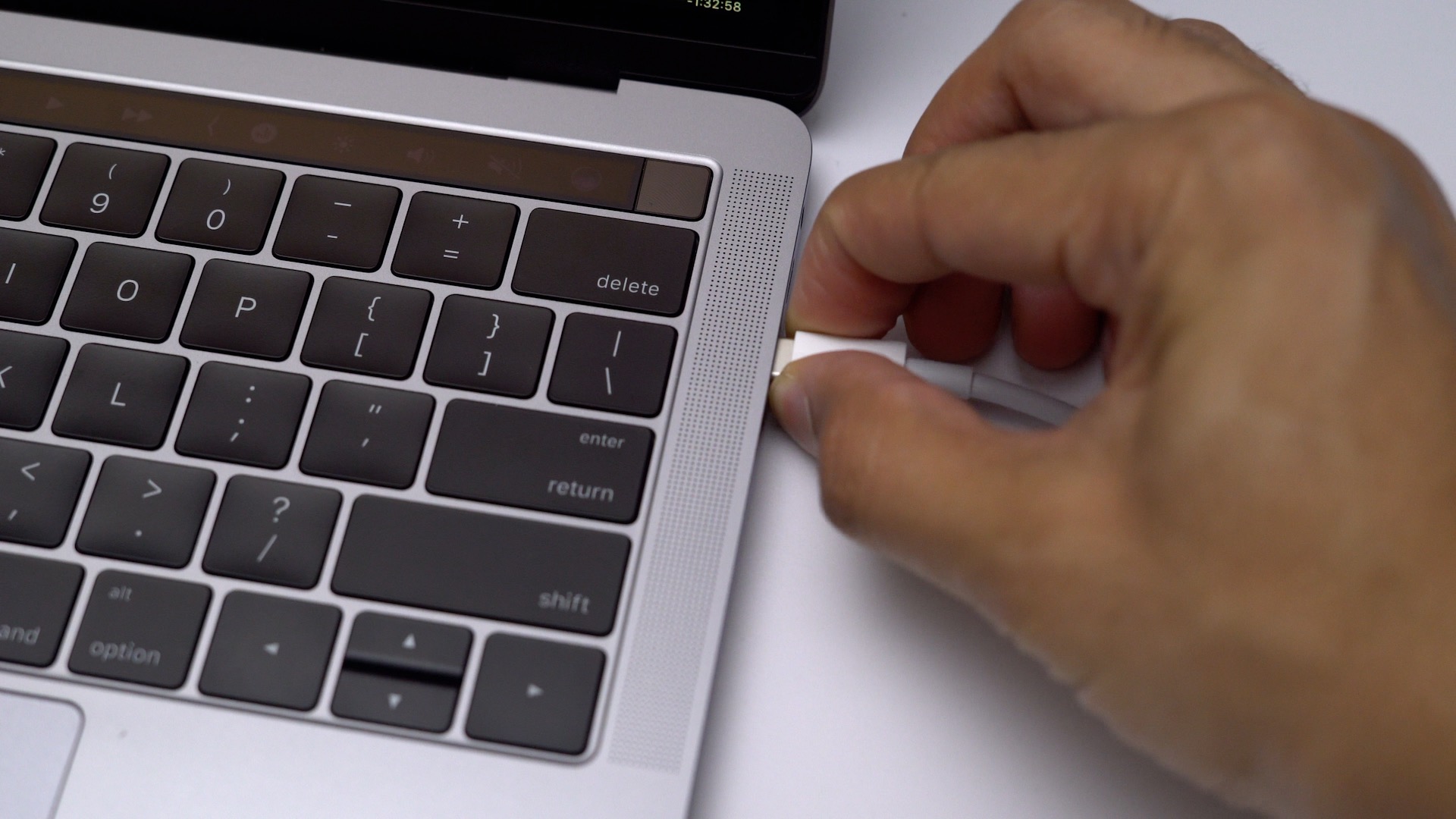 Step 16: Confirm that the MacBook Pro is fully charged, and if it is, unplug its power cable.

After several hours your MacBook Pro will eventually shut down due to lack of battery life. If you’re available to watch this happen, great. Otherwise, Mr Stopwatch will resume exactly where it left off when you turn your machine back on after it dies. This will give you a very accurate look at the battery life potential of your MacBook Pro, without having to watch the test run to completion. Just be sure to note the time displayed on the Mr. Stopwatch menu bar icon as soon as you log in to macOS, because the timer will keep running.

I don’t normally do extensive battery life tests like this, but the complaints surrounding the 2016 MacBook Pro have been so loud that we felt compelled to give this a deeper look. What I found was battery life that falls well short of 10 hours in the iTunes movie playback test, even when using stringent conditions.

But also keep in mind that Apple states that the 13-inch MacBook Pro is capable of getting “up to” 10 hours of battery life. Apple is always careful not to make hardline promises about battery life, and the same is true with the latest MacBook Pro.

That said, Apple has made a point to note that its tests are closer to real world tests than that of the competition. For instance, here’s Steve Jobs talking about the amount of work that goes into its battery tests:

I’ve performed this test 3 times already. The first two times I got less than eight hours of battery, but I wasn’t as stringent as I was in the final test. In this final test I disabled all login items, like DropBox, Alfred and ScreenFlow, so this is arguably less of a “real world” test than my previous tests.

Whatever the case may be, I think it’s safe to say that you’re not going to get anywhere near 10 hours of battery life when watching 1080p iTunes movies continuously. I encourage all of you to try this test for yourself and report your findings in the comment section.