It’s clear at this point that something totally unexpected has botched the launch of AirPods, Apple’s first truly wireless earphones. Apple pre-announced AirPods in September alongside the iPhone 7 (the first model without a headphone jack) and promised a launch in late October.

Then the end of October rolled around and Apple declared “we need a little more time before AirPods are ready for our customers” which to me suggested a mid to late November release. Now it seems totally possible that AirPods could be held back until January or later.

Even if AirPods were released right now, the delayed launch has already highlighted the risk of Apple pre-announcing new products. There are benefits to this move that play well when it works out, but for Apple, the risk is high and can often backfire as we’ve seen before…

Why did Apple pre-announce AirPods in the first place? Apple knew they weren’t going to be ready in time for the iPhone 7 launch in September for whatever reason, but they clearly expected AirPods to be shipping by October 31 at the latest.

My best guess is that presenting AirPods ahead of time helped explain the removal of the headphone jack on the iPhone 7, and pushing the future of ‘wireless’ was one of Apple’s reasons for moving on from the 3.5mm port.

AirPods didn’t have to be announced with the iPhone 7 and they don’t have to exist to justify the headphone jack going away.

Apple includes Lightning EarPods and a 3.5mm to Lightning adapter in the box. There is a huge market of Bluetooth earphones at a variety of price points from Apple-owned Beats and plenty of other companies. Also, removing the headphone jack made it possible to add water resistance and optical image stabilization on both new iPhones.

Showing off AirPods before they were ready did allow Apple to say ‘we took something recognizable away and here’s something new we’re offering’ while signaling to iPhone 7 customers not to buy other wireless earphones just yet.

But remember, Apple knew AirPods weren’t ready yet and it didn’t feel confident in giving a solid release date either. Regardless of the reason for the extended delay — wireless performance or manufacturing challenges at scale — Apple clearly made a gamble and it didn’t turn out as expected.

AirPods being delayed is a high-profile blunder, but it’s hardly the only time this play has gone poorly for Apple.

As a current sidebar, the new wireless BeatsX earphones seem to be having similar issues launching. Apple also announced BeatsX alongside the iPhone 7 with a ‘coming this fall’ release date, but the company has been quiet on an exact date. In fairness, fall does run through December 20 so Apple has another week to meet that deadline, but the Beats website hedges with ‘coming late 2016’ mention and a new report today suggests BeatsX could launch much later.

Aside from not launching yet, another thing AirPods and BeatsX have in common is the W1 chip. This is Apple’s new dedicated chip that improves pairing, switching, and connection reliability between wireless headphones and iPhones, iPads, Apple Watch, and Macs. W1 likely isn’t the culprit in what is holding back AirPods and BeatsX, however, as Beats Solo3 and Powerbeats3 which are both old designs have launched with the new chip included. 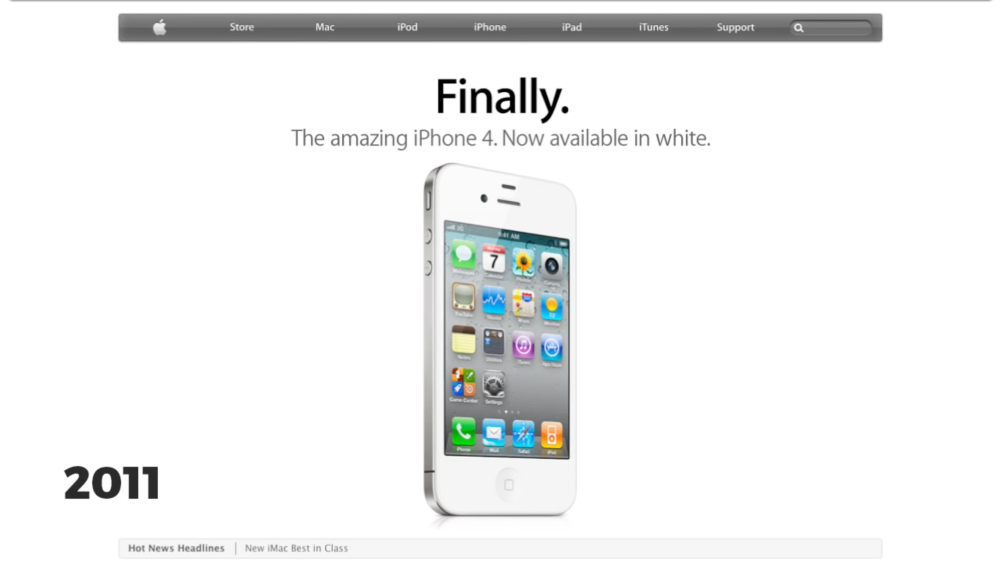 There are plenty of other examples of the typically secretive Apple unveiling a new product way before it’s ready.

The white iPhone 4 in 2010 is probably the most similar example to AirPods. Aside from leaking early after literally being left in a bar and that whole ‘Antennagate’ thing, Steve Jobs promised a white iPhone 4 that similarly needed ‘a little more time’ a few times.

The white iPhone 4 even missed its delayed ‘later this year’ deadline before it was eventually ready.

If AirPods aren’t ready soon, an explainer statement like the two it provided with the white iPhone 4 may be in order: “White models of Apple’s new iPhone 4 have continued to be more challenging to manufacture than we originally expected.” 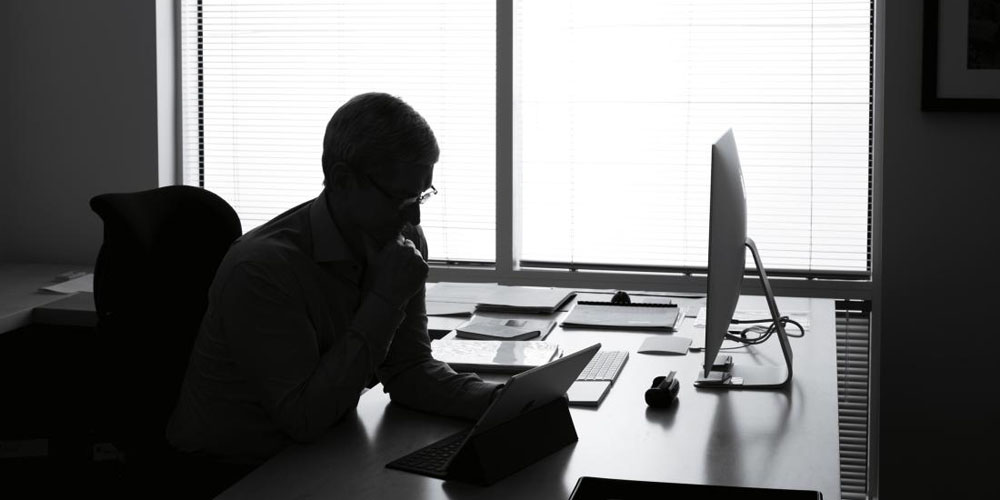 As for Tim Cook’s Apple, it’s the redesigned iMac in late 2012/early 2013 that comes to mind when I think about the company pre-announcing products before they’re ready. Apple unveiled new iMacs about a month before they were expected to hit stores, but supply wasn’t actually available for a few months.

When asked about the situation on an earnings call that covered the quarter, Cook signaled that it wasn’t the best decision in retrospect.

I don’t spend a lot of time looking back… If we could run it over, I would have announced the iMac after the turn of the year… we felt our customers had to wait too long for that specific product… Where the iPad mini was in shortage in the December quarter, I would not have done that differently because we were able to get the product out to many customers that wanted it. In retrospect, I wish it [iMac] was after the turn of the year so customers would not have had to wait as long as they did.

Obviously the AirPods situation too would be done differently if given the opportunity and Apple is run by people like you and me so mistakes will be made, but it is worth considering the value and risk of pre-announcing products before they’re ready. 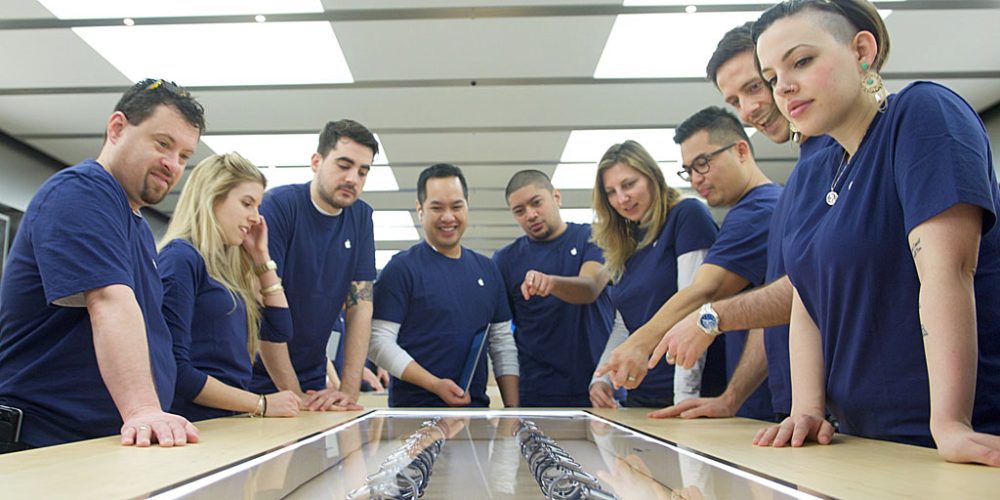 As a customer myself, pre-announcing products is the clearest way to signal that Apple has plans for a specific market. The original iPhone was unveiled months ahead of time so Apple could have the honors instead of the regulation agencies, the 2013 Mac Pro was replacing a product too old to seriously consider, and the Apple Watch was a totally new market and signaled that Cook’s Apple had new ideas too.

Rumors are also useful. I might consider purchasing an Amazon Echo or Google Home if I didn’t expect Apple to have plans in the smart home speaker space too. Relying on the press to signal the message (intentionally or not) is less useful when discontinuing products like standalone displays and routers though.

Perhaps AirPods should have remained a rumor and not a pre-announced product for a little while longer.

Bottom line: history says that anything could happen with AirPods despite Apple’s general stability, and consider all future release dates as expected and not guaranteed. The question, however, is whether or not Apple should employ the gamble of pre-announcing products before they’re absolutely ready again.