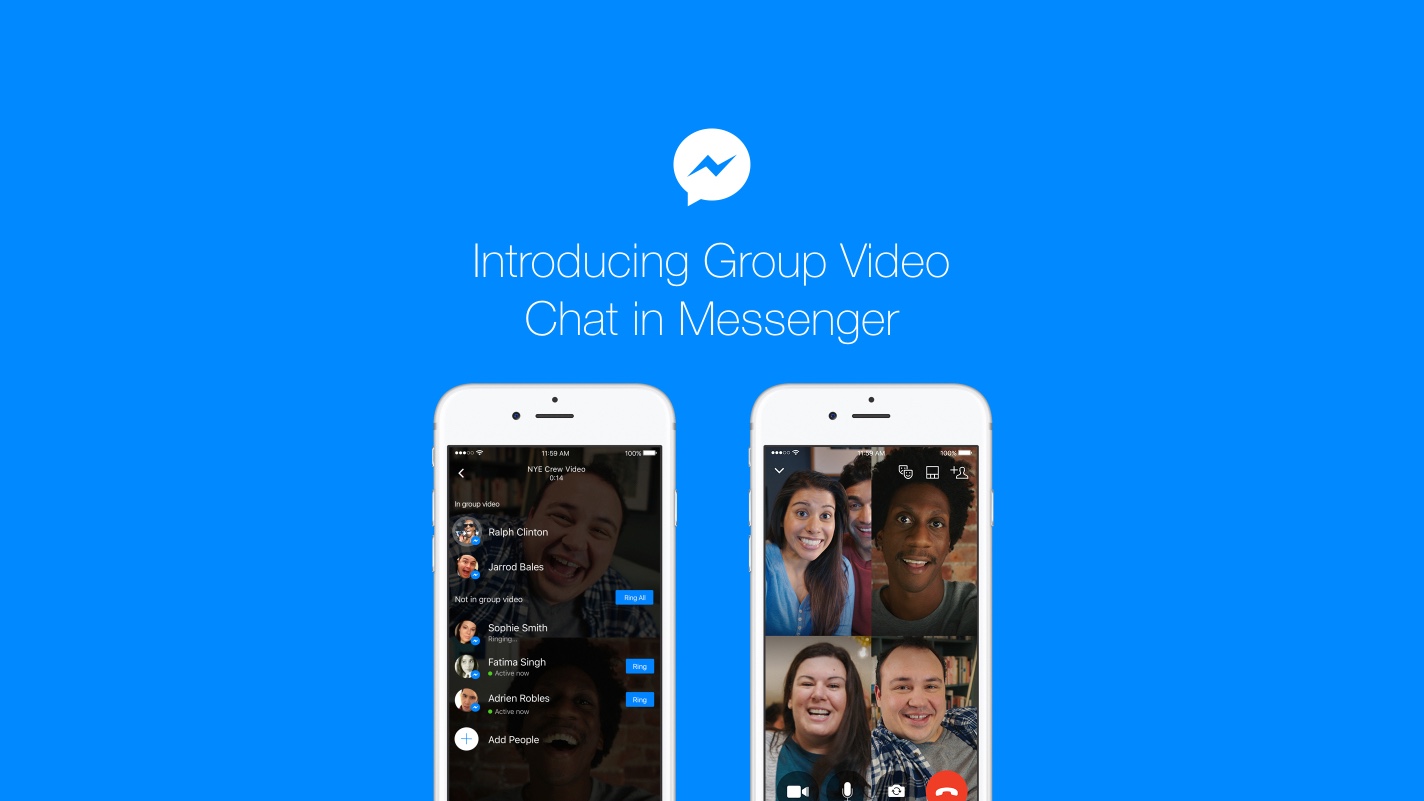 In posts shared today by David Marcus, Facebook Messenger’s team lead, Facebook’s Messenger application will be seeing two new major changes to the chat application. The most noticeable of which is a new interface to the messenger application, and the new ability to begin group video chats. The update brings the app to version 100.0 just before the year’s end.

The ability to use live masks within Messenger most likely comes from Facebook’s acquisition of MSQRD earlier this year. MSQRD, which only saw life in the App Store for a few months before the acquisition, used facial recognition to apply live masks to user faces. Masks are present within the new group video chat feature, alongside being in Messenger’s new native camera application.

After popular demand, both iOS and Android devices will be able to start live group video chat directly within the application. When starting a group video chat in Messenger, all participants in the group are notified, yet not rung. This allows participants to join if they like, but not have their phones ringing when they least expect it. Though, once in the chat group participants can be rung, and new ones can even be added.

The posts also explained that the Messenger application would be seeing new interface changes; these changes help introduce the new native camera further. Featuring rounded edges at the top of the interface, Messenger now allows users to swipe down from the main view to jump directly into the camera. According to Marcus, the new camera now features “3D masks, style transfers, amazing art, frames, stickers, a canvas, and way more!”