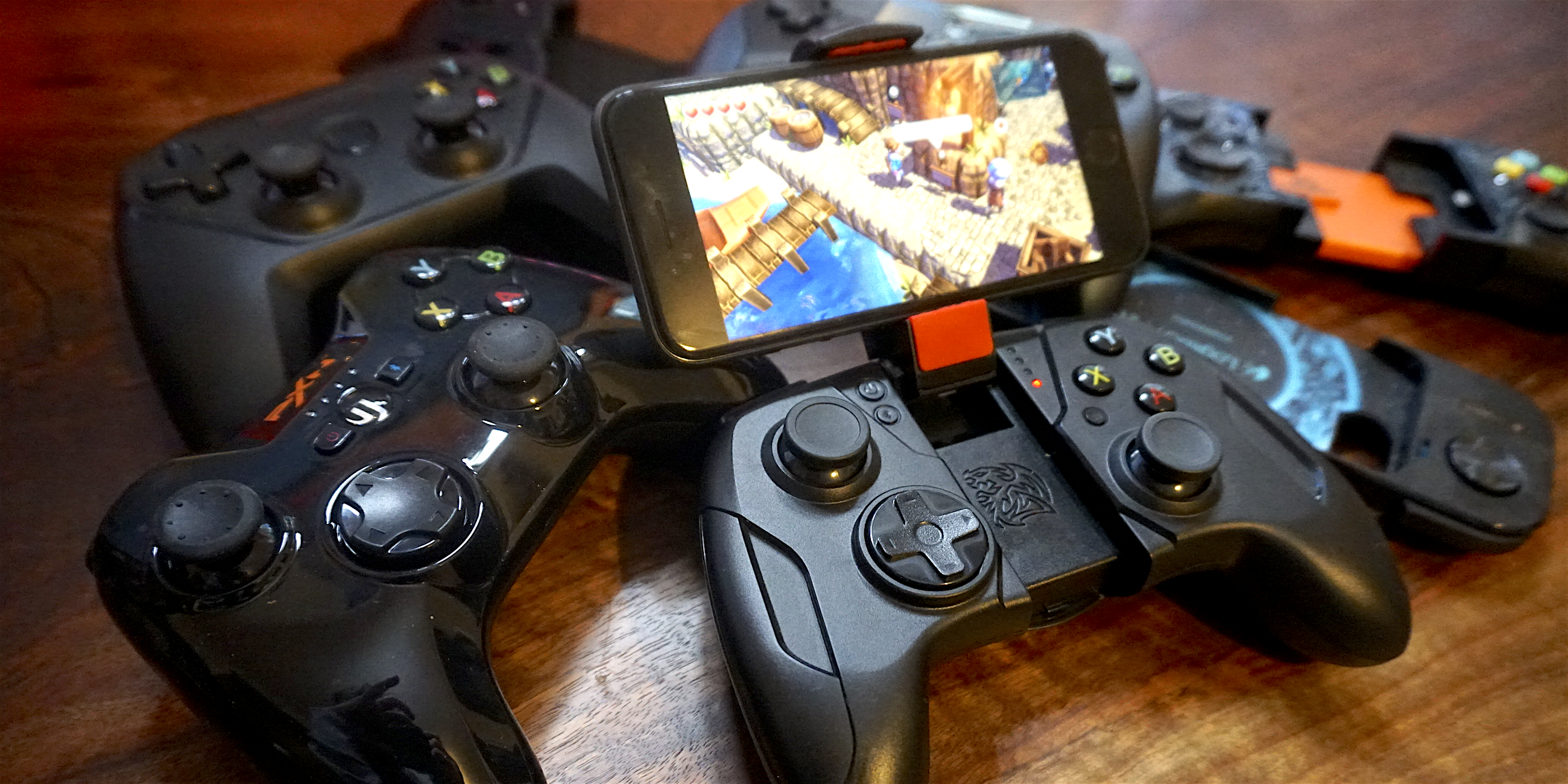 There have been a lot of changes since Apple first introduced specs for its Made-for-iPhone (and iPad and Apple TV) game controllers. Controllers have come down in price, more games support gamepads, and the 4th-gen Apple TV introduced an App Store with multi-controller support giving Apple its first real living room gaming machine. Below we put them to the test (all of them!) to find out which one is best overall and the best for each of Apple’s platforms.

Due to Apple controlling specs through its MFi licensing program, the controllers have many of the same characteristics including similar button layouts and few variations for device compatibility. Here are a few things to consider: 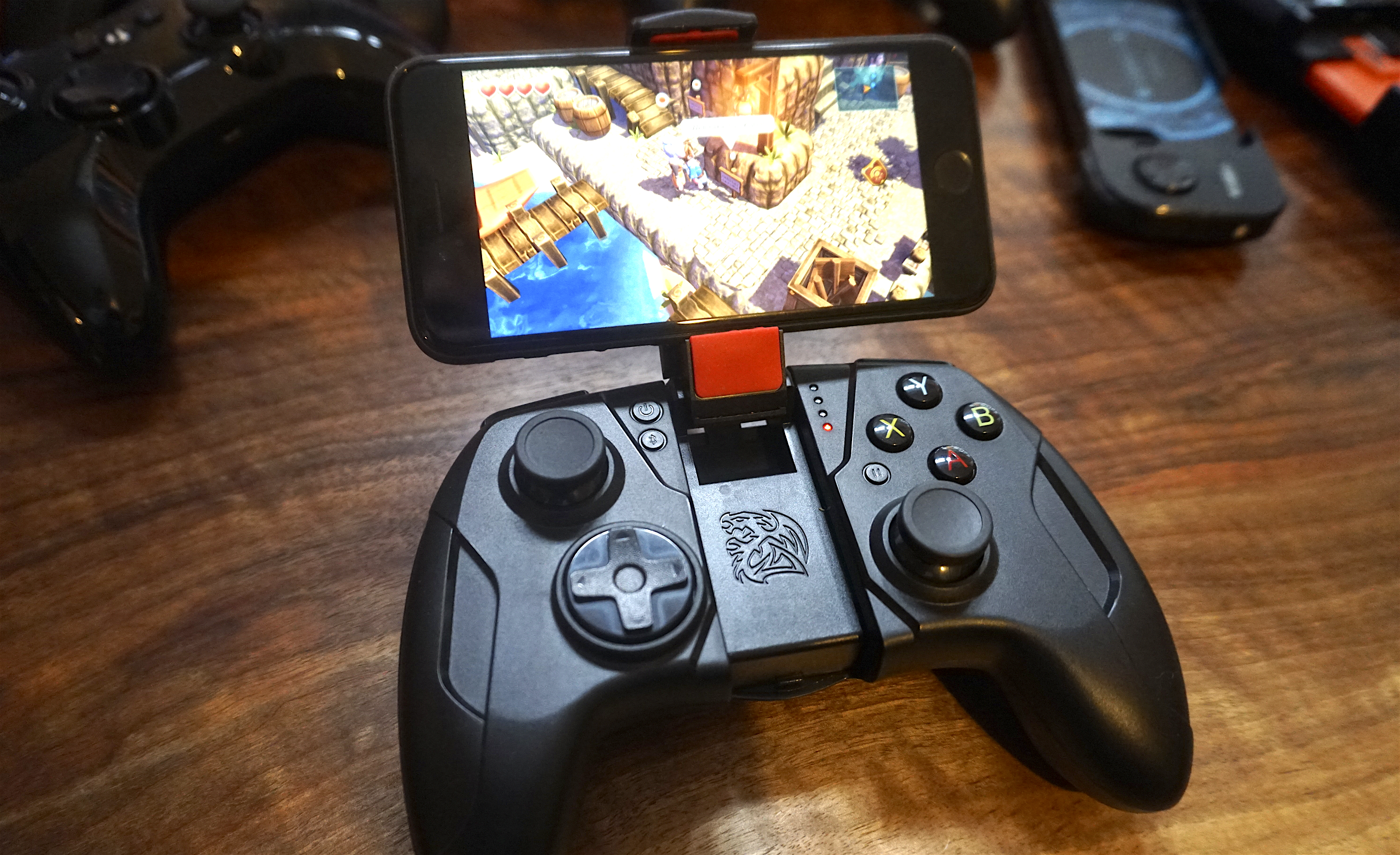 I’ve included two picks here because they are completely different styles of controllers. The TT eSports Contour model pictured above is an overall well built product that has a built-in stand that lets the iPhone hover just over the top of the controller. I prefer this style because it’s a better viewing angle and doesn’t effect the traditional controller feel like the expanded controller option from GameVice pictured below.

But if you prefer the more compact handheld system-style of GameVice, it’s also a solid controller with a Lightning connector, a 3.5mm headphone jack, and the ability to fold when an iPhone isn’t docked for maximum portability. The GameVice isn’t officially compatible with iPhone 7 Plus due to the larger camera— I reviewed it with the iPhone 7— but the company is working on a new version.

The TT eSports Contour d-pad is noticeably loud, but it feels great and shouldn’t bother you if you like buttons with a good tactile click. 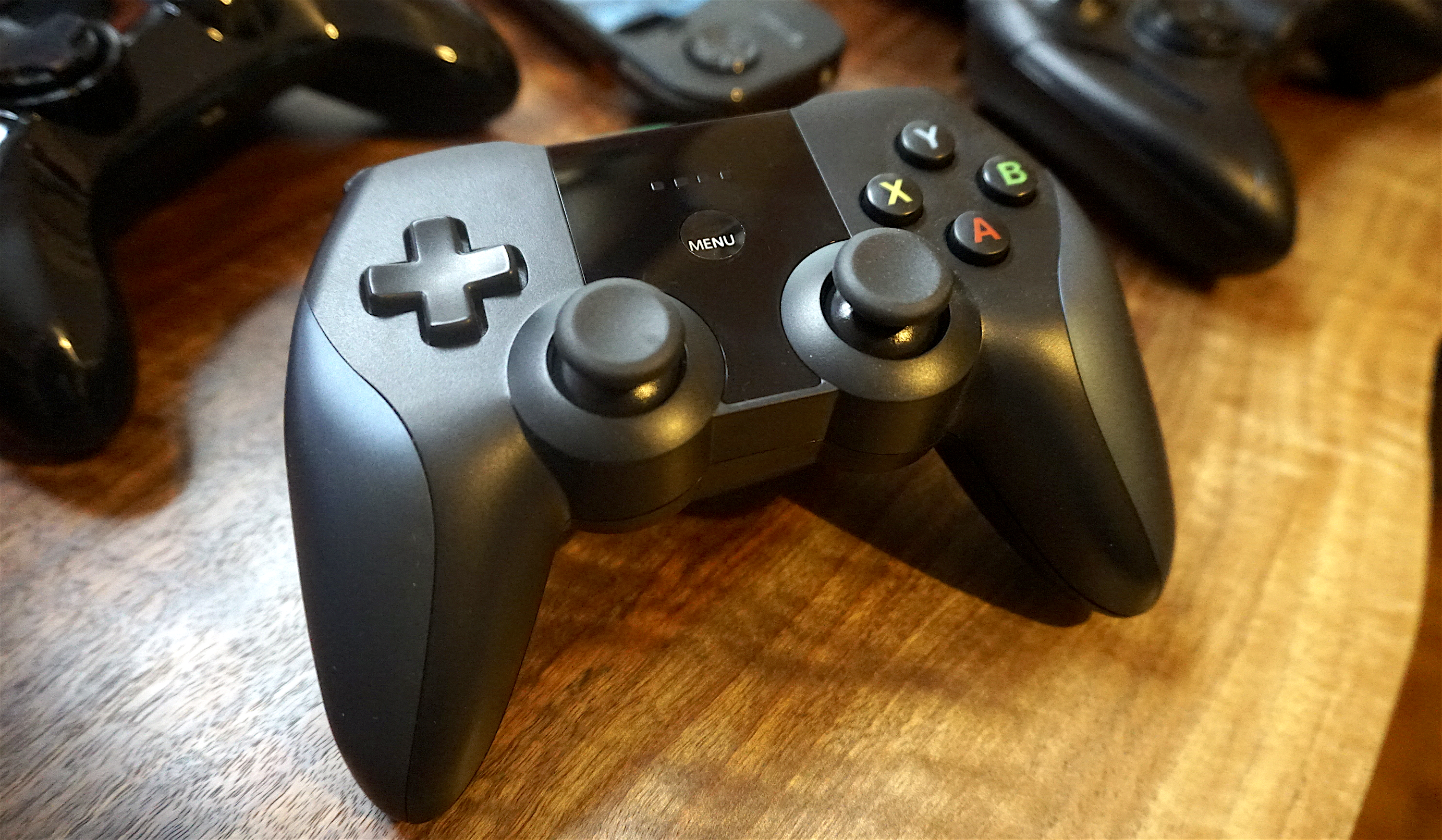 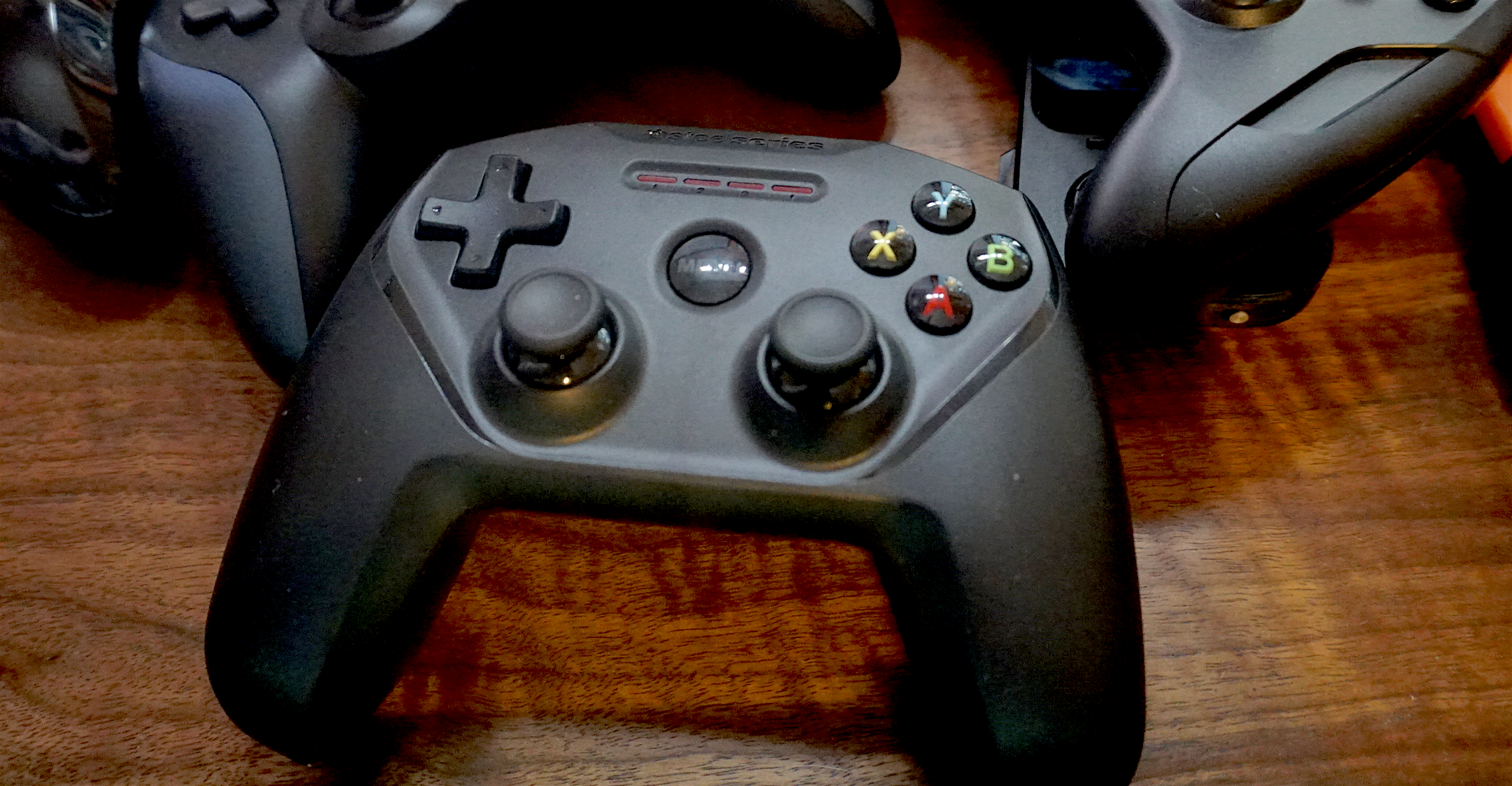 Runner-up: The SteelSeries Nimbus ($49) gets an honorable mention and comes in a close second only because I personally preferred the hand feel and more premium finish on the Horipad Ultimate. 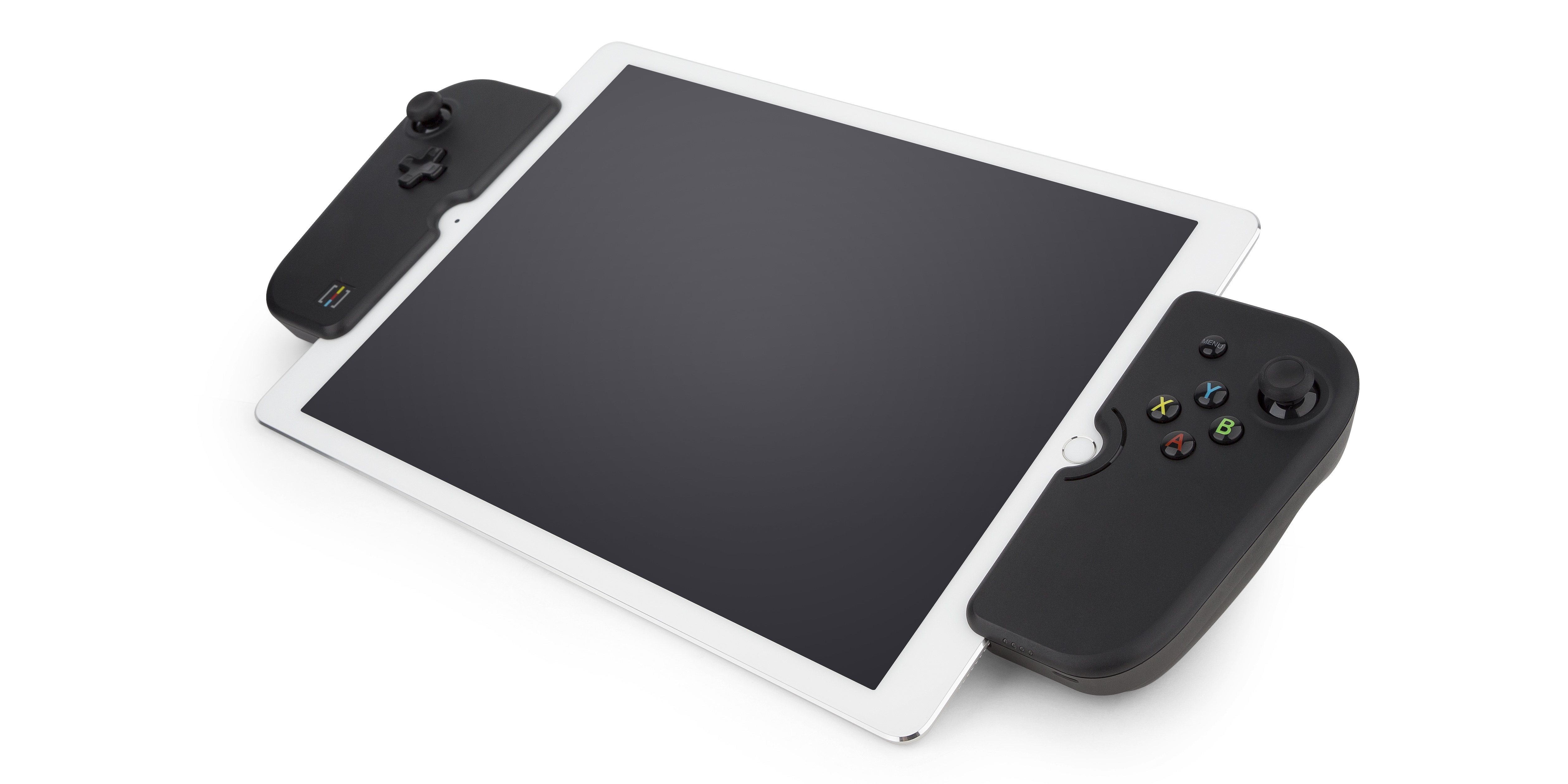 If you want a controller specifically for iPhone or iPad and also want the full on handheld experience, GameVice’s controllers, available at Apple stores for all iPad and iPhones models, are the best option I’ve tested. Benjamin recently reviewed the newest version for the 12.9-inch iPad Pro, and Apple is featuring them at many of their retail stores with controllers available to try out. Available with different size models custom-fit for iPad mini, 9.7-inch iPads, and the 12.9-inch iPad Pro, the GameVice controllers are solidly built and really the only option for a handheld controller for iPad.

If you want to use your controller with both Apple TV and iPhone (or iPad), this is the way to go. The TT eSports Contour ($49) provides the best overall value giving you a solid option that accommodates all Apple device users including a built-in stand for iPhone. When an iPhone isn’t docked, the stand folds down to transform into a traditional standalone controller for use with Apple TV and iPad. You’ll need an external stand– like this one— or some way to prop up your iPad since the built-in holder only accommodates an iPhone, but otherwise this is my top pick for an all-around controller for all your Apple devices. 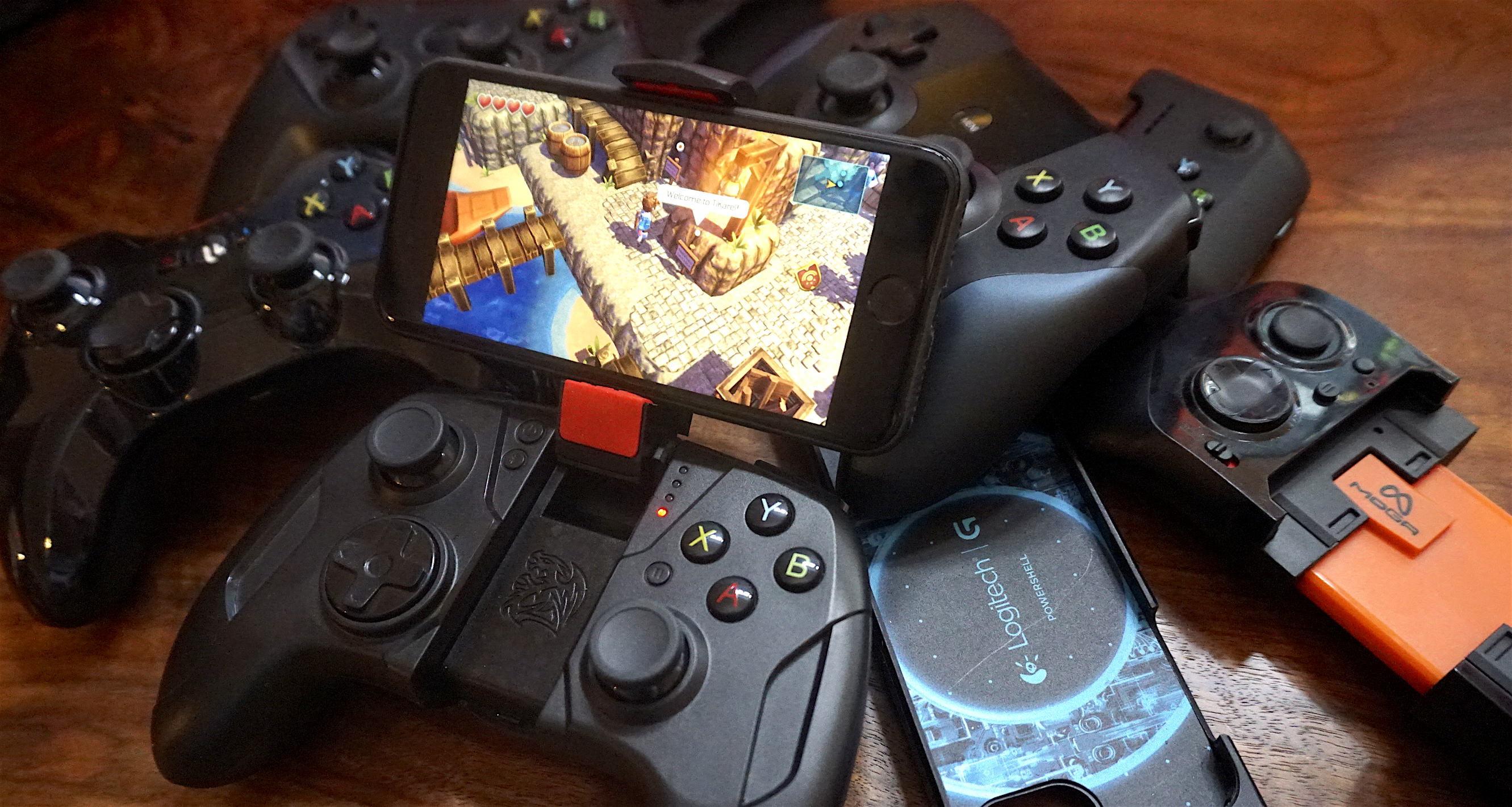