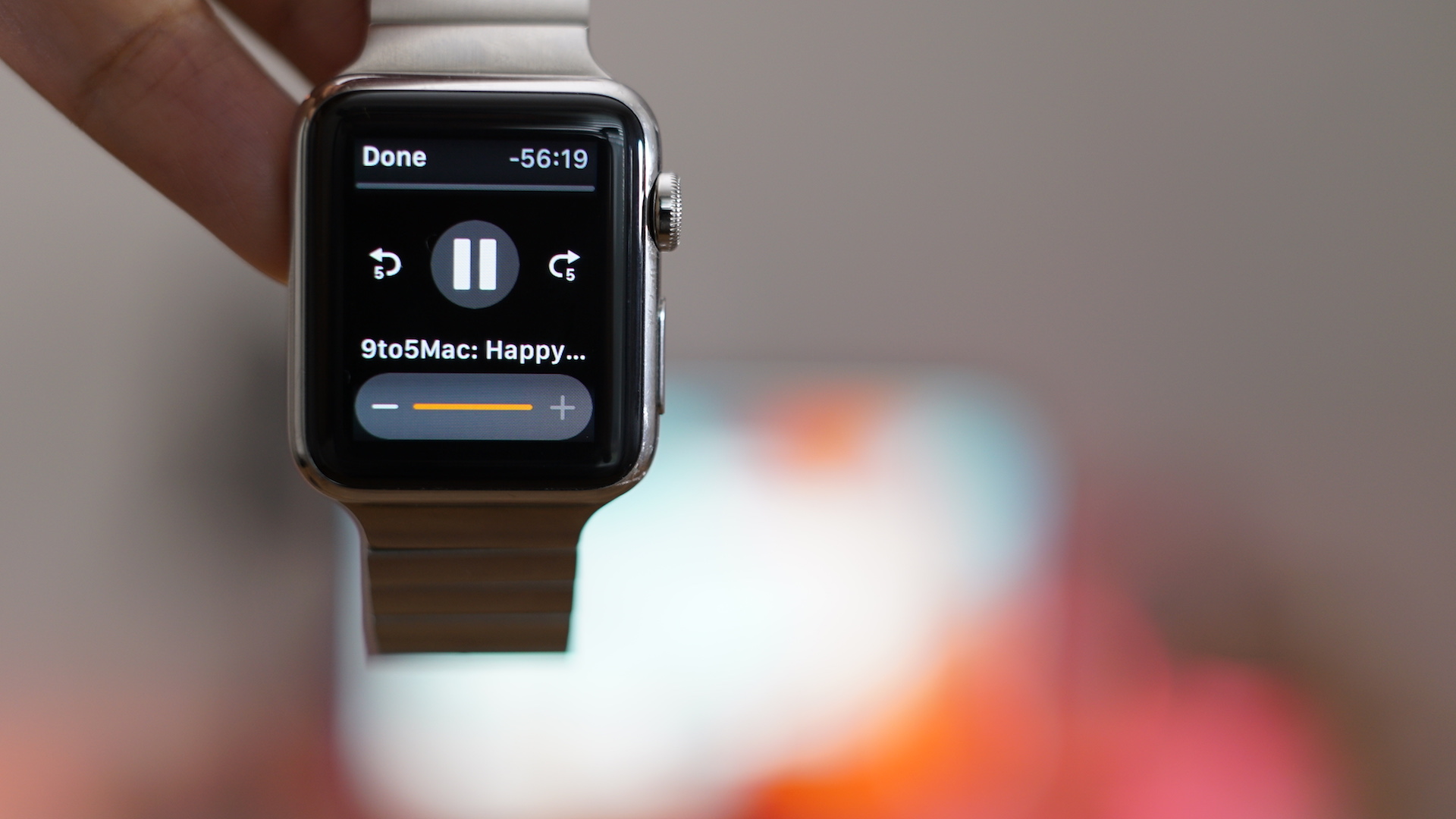 WatchPlayer is a free app that allows you to transfer full podcast episodes to the Apple Watch for offline playback. That means you can leave the house without your iPhone and listen to your favorite shows while on-the-go.

The app isn’t the prettiest from a design perspective and podcast file transfers to the Apple Watch are slow, but it’s one of the easiest ways to play podcast episodes on the Apple Watch without an iPhone. The app even affords the ability to listen to your favorite episodes directly from the Apple Watch speaker — no headphones required. Have a look at our hands-on video walkthrough inside for more details.

The iPhone app essentially has two functions: downloading episodes, and transferring episodes to the Apple Watch. You can’t actually play back podcast episodes via the iPhone app, as it’s there simply as a way to facilitate episode downloads and file transfers.

WatchPlayer uses the iTunes podcast directory to help you find your favorite shows like 9to5Mac‘s Happy Hour by means of a search. Alternatively, you can paste in a feed URL to add a show directly.

Once a show is added, you can browse through all of its episodes. A simple tap on an episode will download that specific file to your iPhone. Once the desired episodes are downloaded, they will appear on the main WatchPlayer files screen as a list of episodes. 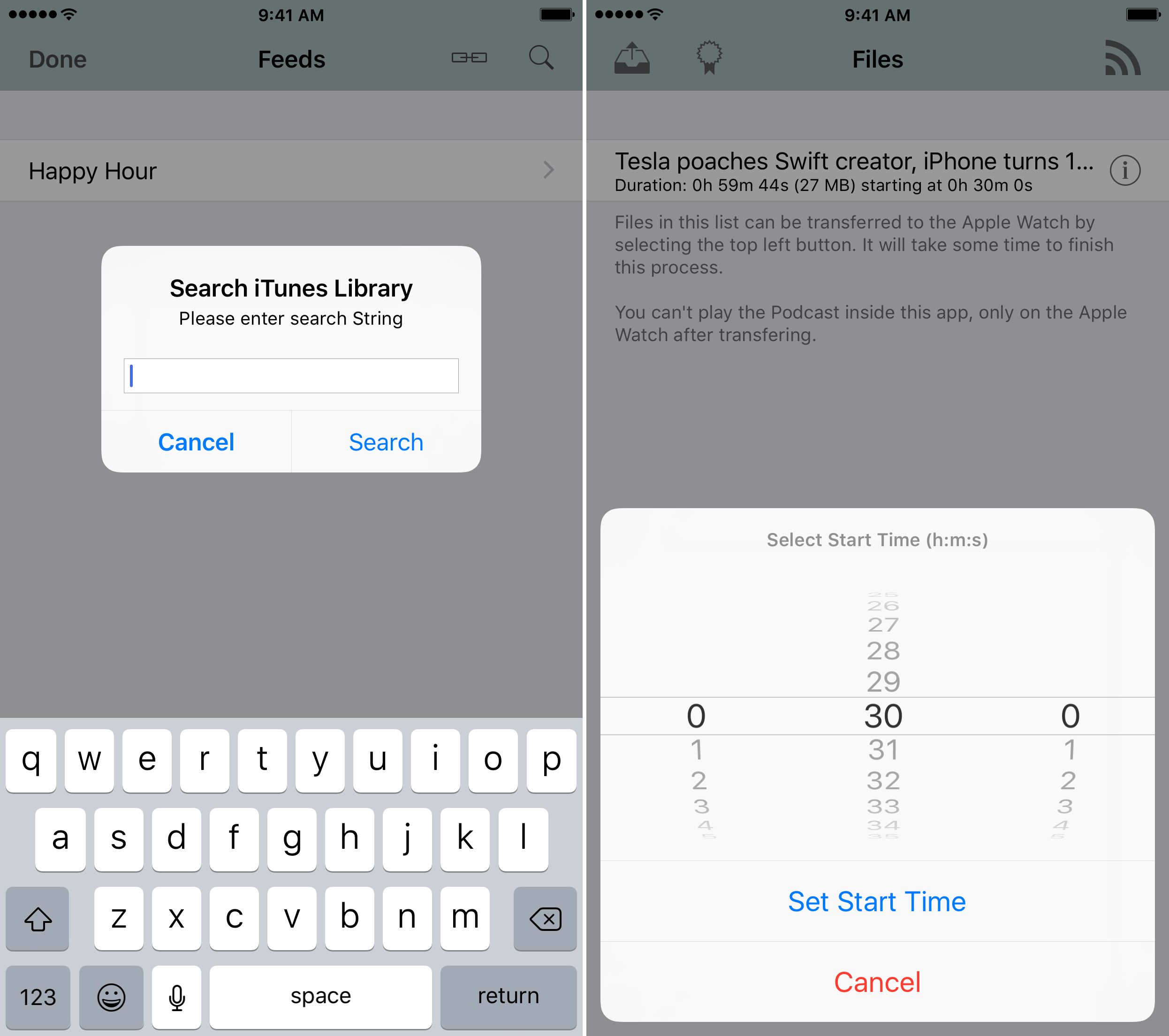 WatchPlayer contains a feature that allows you to adjust the starting time of an episode. To do so, simply tap on the episode and adjust the time via the overlay that appears. This is handy for podcasts with long introductions, or for episodes where you wish to skip directly to a certain portion of the podcast.

From there, it’s just a matter of opening the WatchPlayer app on your Apple Watch, and tapping the transfer button on the iPhone app to transfer the full list of episodes over for offline playback. 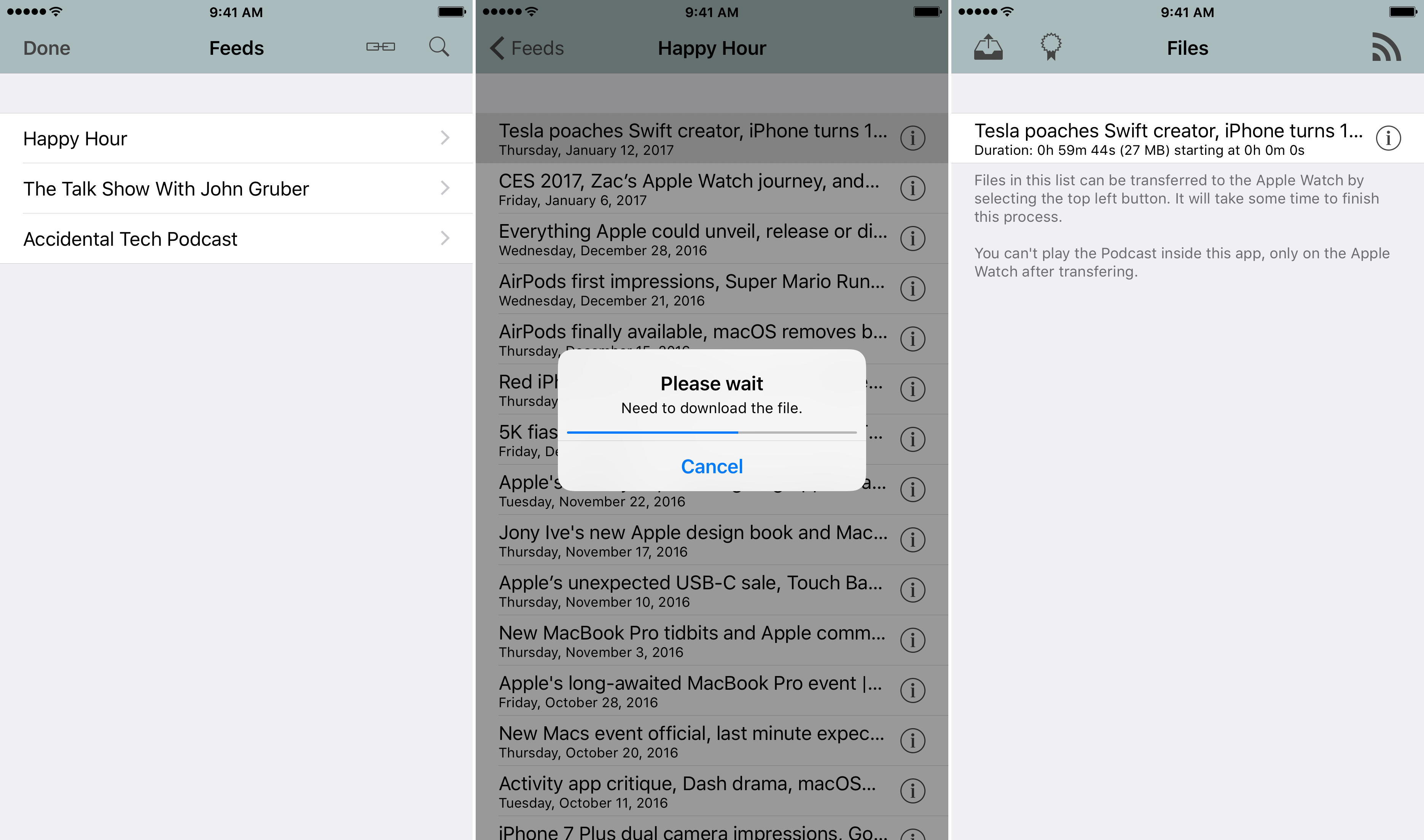 This is the part where things get a little slow and unreliable. Transferring a single 25MB podcast episode took 2 minutes and 30 seconds, and I found that trying to transfer more than one file worked only some of the time. I recommend keeping file transfers down to a modest one or two files until the app is groomed to become more consistent with file transfer.

Once you download WatchPlayer on your iPhone, you’ll need to install the WatchPlayer app on your paired Apple Watch.

The interface for WatchPlayer on Apple Watch is simple, but basic playback functionality works well. The first page consists of a list of all of the podcast episodes that you’ve transferred over from the iPhone app. Tapping on an episode will take you to the transport control page, and playback will begin automatically. 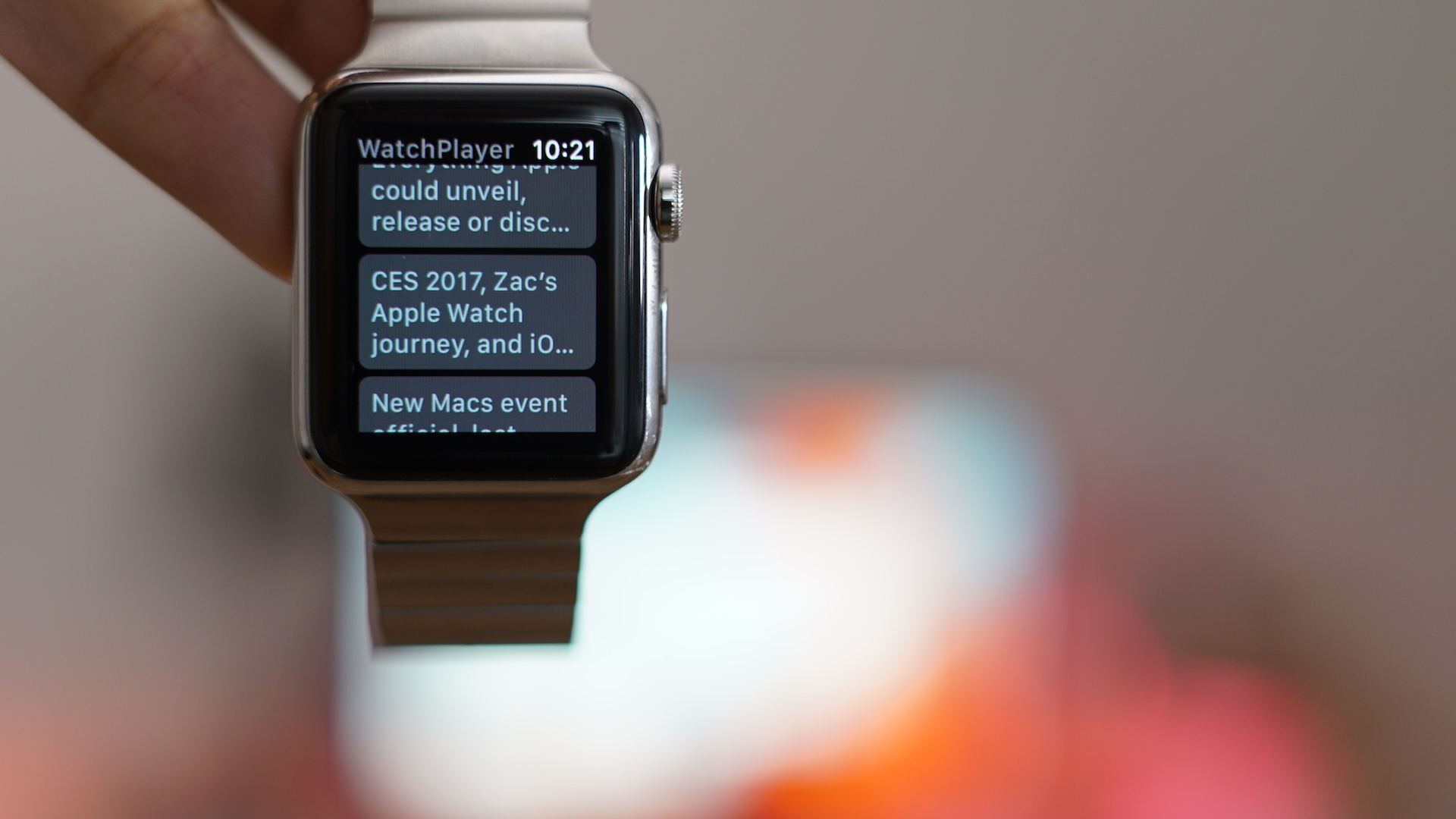 Playback interface controls include play/pause, and five second skips in both directions. Unfortunately there is no way to scrub through an episode in the current 1.0.2 version, but here’s hoping that more playback control options appear in future releases.

Ultimately, Apple needs to figure out a way to make it easier to sync media content to the Apple Watch for offline playback. Until it does, WatchPlayer is one of the best options that I’ve seen thus far. It’s not perfect, and transferring podcast files to the Apple Watch can be slow and somewhat inconsistent, but it’s worth the effort for offline podcast playback with speaker support. With some additional polish, WatchPlayer has the potential of being a solid podcast companion app for the Apple Watch. If you want to try it, you can download it for free from the App Store.