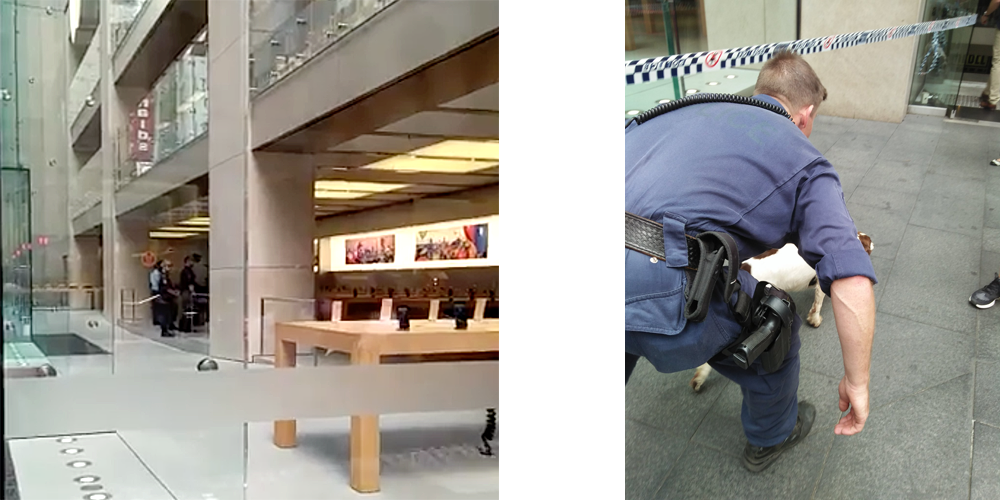 Apple’s flagship retail store in Sydney’s central business district was evacuated earlier today in what was described only as a ‘police operation.’

While no official explanation was available at the time of writing, it has been reported that the evacuation was in response to a bomb scare, with surrounding streets closed and a police sniffer dog seen entering the store.

Police began clearing the three-storey glass-encased retail store on the corner of King and George streets just before 1pm and traffic was diverted around the area, a police spokesperson told Business Insider.

SBS reported a shopper at the store specifically referencing a bomb scare.

Ashley, one of those evacuated, tweeted that he “heard store employees talking about a bomb threat, not a drill” and police were “very firm in telling people to leave immediately.”

Seemingly nothing was found, and the store has now reopened.