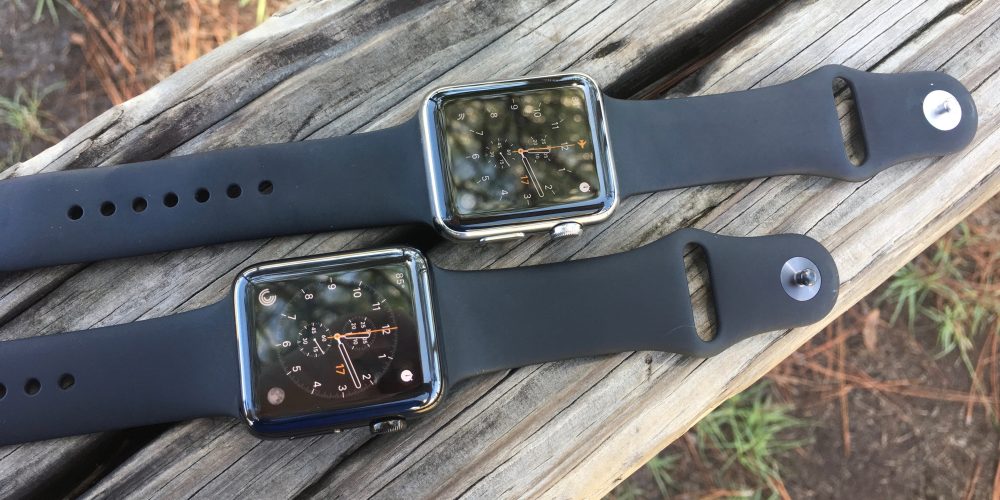 A new supplier report out of Asia includes two details that may tell us a little more about the third generation Apple Watch rumored for release later this year. Digitimes points to industry sources in claiming the Apple Watch Series 3 will use a different display technology with shipments starting in the second half of this year.

Specifically, the report cites industry sources in claiming TPK Holding has struggled to profitably produce enough of the displays used by Apple Watch so far (which could also explain inventory constraints).

Digitimes says Apple is instead planning to switch from touch on lens touch panels that use two pieces of glass to a glass-film touch solution from another firm:

In order to return to profitability, TPK will focus on 3D sensor-based touch panels for smartphones with OLED displays in 2017 and give up production of touch panels for Apple Watch, the sources noted.

Considering cost and yield rates, Apple will adopt G/F (glass-film) touch solution in place of TOL for new Apple Watch and have Taiwan-based General Interface Solution or Hong Kong-based Biel Crystal Manufactory produce the G/F touch panels, with shipments to begin in the second half of 2017, the sources indicated.

The reports mention shipments of the new displays will happen in the latter half of this year, which follows earlier reporting from the supply chain that claimed Apple Watch Series 3 will launch in the third quarter of 2017.

As for what’s being planned for a third-gen Apple Watch, rumors have pointed to a focus on improved battery life which could be needed for cellular connectivity, sleep tracking, or even an always-on display solution.

Apple Watch Series 2 focused on speed, display brightness, GPS without iPhone, and stronger water resistance. Read our full piece on what we imagine Apple could do with an Apple Watch Series 3 and watchOS 4 in 2017.