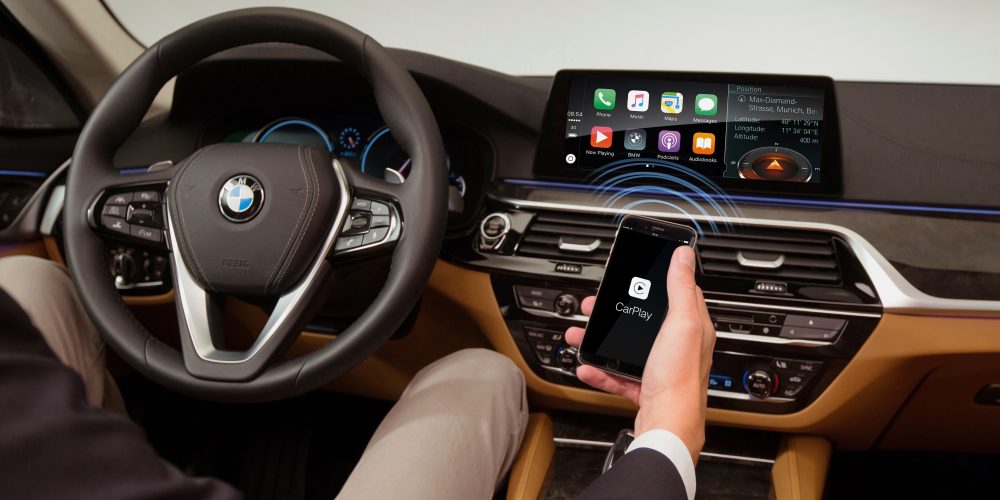 Harman shared today that it has successfully implemented wireless CarPlay commercially through its new end-to-end infotainment system. Wireless CarPlay has been supported by Apple since iOS 9, and the feature is finally being implemented by automakers starting this month.

Harman says its wireless CarPlay solution is already being used by a German luxury brand:

Through HARMAN’s end-to-end infotainment system, a vehicle’s Bluetooth and WiFi will enable the connectivity required to support CarPlay, creating a greatly enhanced wireless experience for the user. The solution is currently being deployed in the market on HARMAN infotainment systems for a luxury German automaker.

That likely refers to the 2017 BMW 5 Series Sedan, which was announced back in October to be the first car on the road with wireless CarPlay built-in when it hits the road this month.

Wireless CarPlay is also coming to aftermarket receivers that you can install in existing cars starting with a new solution from Alpine that was announced in January at CES.

Alpine’s new iLX-107 aftermarket receiver will work with wireless CarPlay and retail for $899 later this month. Alpine’s wireless CarPlay unit features a 7-inch capacitive touch screen and will be the first aftermarket solution for customers not buying a new car. We briefly went hands-on with a demo unit back in January and look forward to further testing when the receiver launches.

Apple is introducing a few subtle improvements to CarPlay through iOS 10.3 which is currently in beta. New features including a persistent app launcher and tweaks to the Music app can be seen in our hands-on.

Questions about overall performance and impact on battery life when using wireless CarPlay remain, but the convenience of automatically being connected when you enter the car is definitely positive.