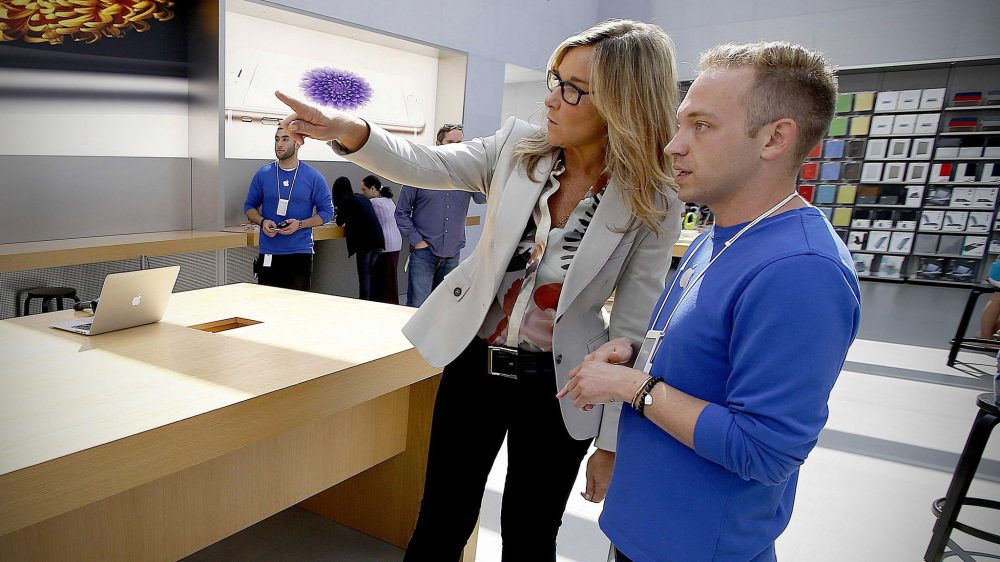 Apple retail chief Angela Ahrendts is set to appear as a featured speaker at this year’s Global Retailing Conference scheduled for next month in Tucson, Arizona. Ahrendts has led Apple’s retail and online stores since leaving her CEO position at Burberry between 2013 and 2014.

Here’s how the Global Retailing Conference (via @setteBIT) is described:

For 21 years, the Global Retailing Conference has consistently delivered practical information, proven techniques and ground-breaking ideas that enable individuals and organizations to succeed in the intensely competitive, global marketplace.

Macy’s CEO Terry J. Lundgren will moderate this year’s discussion at the JW Marriott Starr Pass Resort on April 20 and 21. Registration to attend is open now with tickets ranging from $400 to $695. Executives from other companies including Google and MasterCard will also be featured during the conference.

You can actually see almost all of those stores including Apple’s special retail location at its current headquarters in Cupertino below in a video created by an Apple fan: