As Apple continues to fight “right to repair” legislation, Motherboard today posted an image of the proprietary machine that allows the company to “monopolize” certain types of repairs. Referred to as the “iPhone Calibration Machine” and seen in the image below, it’s located in the back of every Apple Store and is integral to the company’s repair process…

A former Apple Genius explained how the machine works to Motherboard, with the central point being that the machine is “not very Apple-like” in any way. Apple first started using this machine following the release of the iPhone 5S, which is when Touch ID was first introduced.

There are few notable things about this machine. First off, it allows Apple to calibrate an iPhone’s camera and display, two things that are crucial in the repair process. Perhaps most notably, however, the machine allows Apple to pair a new Touch ID button with an old device.

This is possible because the machine is hooked up to an iMac, which connects the iPhone to an internal Apple server that allows for a Touch ID sensor to be recalibrated. The central point here is that no independent repair shop can do this.

If you take your phone into an independent shop for a screen repair, they will replace the entire front of the device, save for the Home button. Instead, the same Home button is swapped from the old display and placed inside the new display. This is because the Touch ID sensor is paired with the Secure Enclave chip inside your phone, which is also crucial to things like Apple Pay.

This is contrary to how Apple Stores replace screens. If you take your device to Apple to have a screen replaced, you’ll generally get an entire new frontside, including a new Home button. Then, the new Home button and Touch ID sensor are paired to the old phone using the “iPhone Calibration Machine.”

Motherboard’s argument is this: If the iPhone 8 switches to a single piece of glass, with no Home button, Apple could effectively monopolize the iPhone repair market and put thousands of independent shops out of business. Thus, some people believe that Apple should make the “iPhone Calibration Machine” available to third-parties and it’s why they are fighting for the passage of Right to Repair legislation.

The counter argument is, of course, that if third-parties had access to the ability to, in any way, shape, or form, alter Touch ID, then security as a whole would be compromised. Apple, time and time again, has pointed to the security of its devices as one of their best features and has resisted any pressure to make anything related to Touch ID or other iOS security features open.

All in all, this is a really interesting issue and something that’s commonly overlooked when discussing the possibility of a single piece of glass iPhone 8. What do you think? 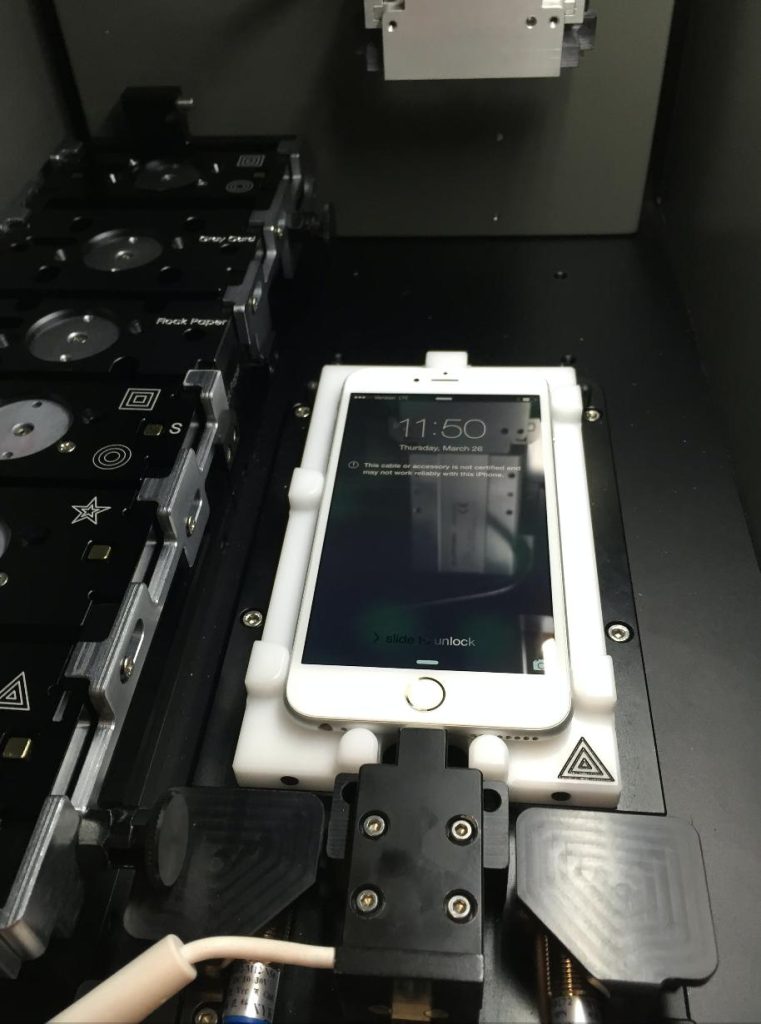