Apple publishes letter responding to FBI iPhone unlock demand: ‘an unprecedented step which threatens the security of our customers’ 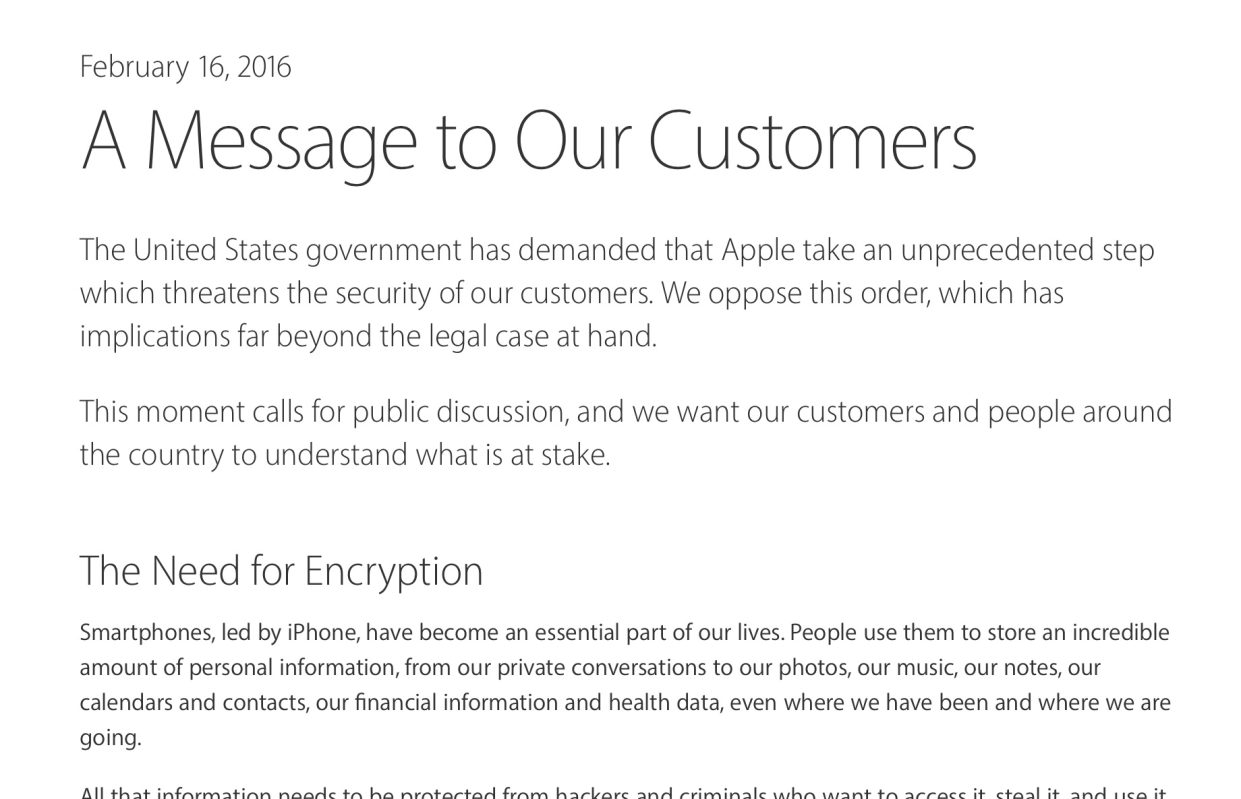 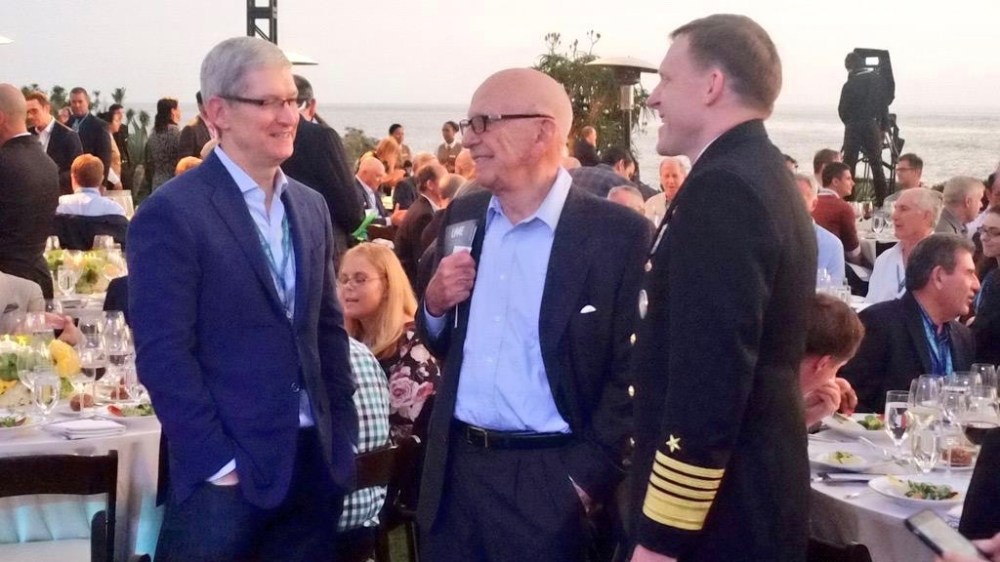 Apple has just posted an open letter in response to the FBI unlock request for iPhone data in a San Bernardino court case, signed by Tim Cook. Apple says that the FBI court order is an unprecedented step which threatens the security of its customers. With ‘implications far beyond the legal case at hand’ at stake, Apple has posted its public response to start communication with regard to this issue.

Apple says it has complied with valid warrants in regard to the San Bernardino case, but now the FBI has gone too far in Cook’s eyes … asking Apple to create something ‘ too dangerous to create. They have asked us to build a backdoor to the iPhone.’

Cook goes on to say that the court wants Apple to create a special version of the iPhone operating system, which would ignore many key security features. The letter then indicates that this order is unprecedented in history: ‘We can find no precedent for an American company being forced to expose its customers to a greater risk of attack.’

The implications of the government’s demands are chilling. If the government can use the All Writs Act to make it easier to unlock your iPhone, it would have the power to reach into anyone’s device to capture their data. The government could extend this breach of privacy and demand that Apple build surveillance software to intercept your messages, access your health records or financial data, track your location, or even access your phone’s microphone or camera without your knowledge.

According to the letter, the government wants Apple to create a special OS just for this case. Apple says there is no way to guarantee that this custom code will not be used for other cases and that making it would threaten user privacy and set a dangerous precedent for future legal cases. Cook says that the government is effectively asking Apple to hack its own devices and ‘undermine decades of security enhancements that protect our customers’.

Cook explains the FBI is making these demands through the All Writs Act. Right now, the FBI wants Apple to make special iPhone software to enable PIN brute-forcing. But Cook says it could go further, using the same legal justification to get access to messages, health records or even access iPhone camera and microphone without user knowledge.

The letter concludes with Cook claiming the FBI demands compromises freedoms and liberties that ‘the government is meant to protect’.