If you’re a news junkie and want to watch multiple live feeds at the same time, the latest ABC News update has a feature for you. ABC News now lets you watch as many as four live news streams simultaneously from its app. The new feature even works on Apple TV.

The new feature is also available on the web and ABC News apps on other platforms according to TechCrunch:

“During periods of breaking news, there are often multiple story threads and video sources being surfaced simultaneously – the multistream experience helps our users keep an eye on all of the developments without missing a beat,” explains Doug Vance, VP, Product Development at ABC News, as to why the organization wanted to build out a feature like this for Apple TV.

We tested the new feature which is already live to see it in action. Although it’s a little hard to discover on Apple TV without knowing to look for it, the multi-stream feature does work as advertised.

ABC News lets you pick from a variety of live feeds with split-screen and quad-screen options. The option is available on live video feeds only, so you won’t see it when watching on-demand clips. 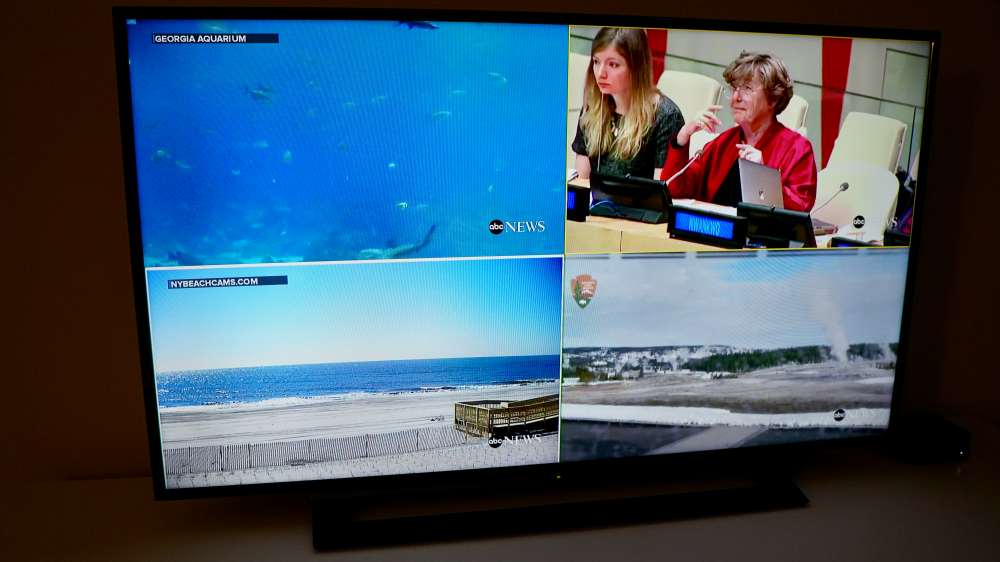 When you do select a live feed, you can swipe up with the Siri Remote on Apple TV to select a second clip to play as well. The ABC News app presents a simple grid selector that lets you pick where you want to play the additional video.

You can stream up to four live feeds at the same time, and swipe around to select which feed should play audio (since four audio feeds could get messy).

ABC News is available for free on the App Store for iPhone, iPad, and Apple TV.