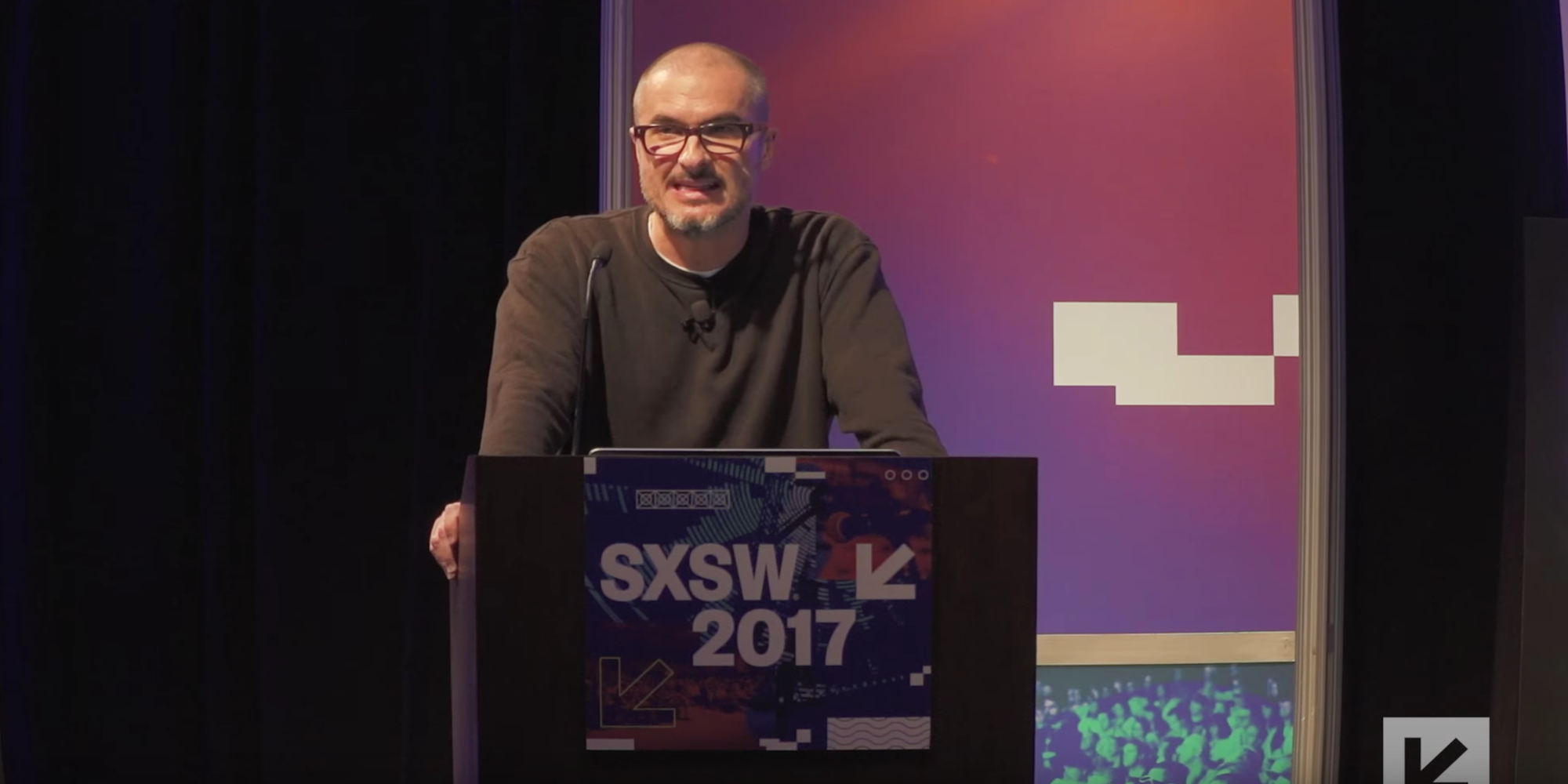 We brought you a liveblog of Zane Lowe’s Music keynote speech at SXSW yesterday, and the festival has now uploaded video of the talk to its YouTube channel (below) …

Lowe – who is Apple Music’s creative director and LA anchor for Beats 1 – said that he had always watched the Music keynote in the past, and considered it a great honor to be giving it this time. He talked of how music transformed him as a person.

I had headphones, I had a walkman, and I had a private universe.

He talks a lot about the dramatic changes that have occurred in the music industry, and how the team behind Beats 1 weren’t even completely sure what it was they were creating.

We had three months to build Beats 1 from scratch. So the question we had to ask was: is this even radio? Are the radio and online streaming audiences separate? Right now I think so […]

We believe that, though the fan has the choice to listen on demand, on their own time, we still [believe that collective listening is important].

You can watch the entire 45-minute video below.