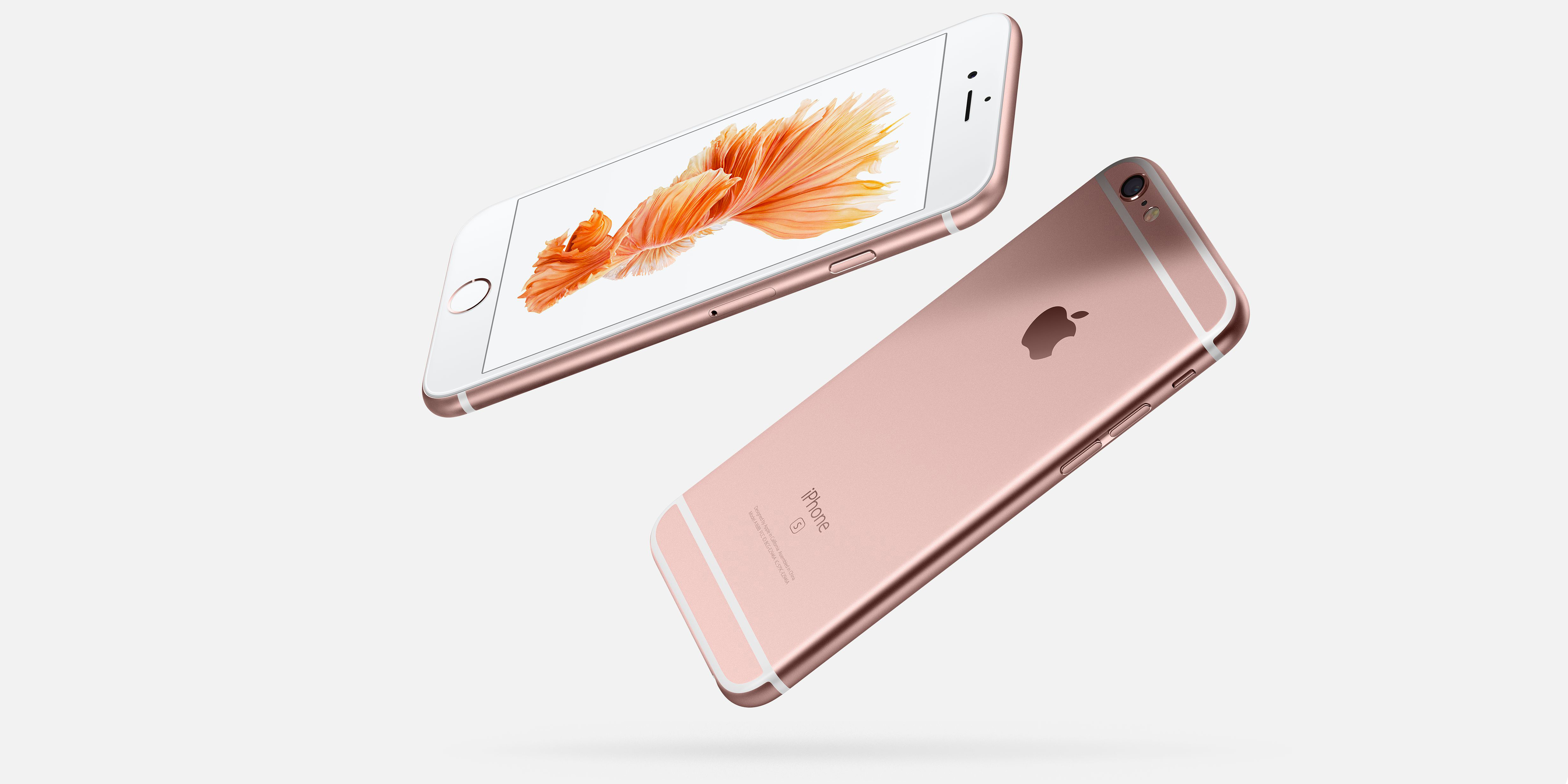 IHS Markit released its latest data today comparing shipments of 350 smartphones by model last year, and within finds that iPhone 6s topped the list as the most popular, beating out newer iPhone 7 and 7 Plus models and all the Android devices on the market.

While iPhone 6s comes in on top according to the data followed by iPhone 7, 7 Plus, and 6s Plus, IHS notes that iPhone 7 was the top-selling device in the last quarter of the year. It might not be that surprising that iPhone 6s beat iPhone 7, with the newer models having only launched in September and the months following, but what is notable is Apple’s much older iPhone 6s beating out all of Samsung’s flagship offerings last year too.

Samsung grabs 5 of the top 10 positions starting with the Galaxy S7 Edge in fifth position behind the iPhone 6s Plus. In other words, Apple’s over a year old iPhone 6s launched in September 2015 is outselling Samsung’s latest flagship S7 Edge, and that’s despite that the S7 Edge, as IHS points out, is outperforming the previous generation S6 devices.

Apple again has demonstrated that its new iPhones integrate enough innovations and new features to drive sales and remain successful in the market. The company is also capable of selling older devices for an extended period of time. For instance, the year-old iPhone 6s and 6s Plus were both among the most-shipped models in 2016… Samsung Galaxy S7 Edge and S7 ranked fifth and ninth, respectively. Sales of these two devices have outperformed their immediate predecessors, S6 and S6 Edge: 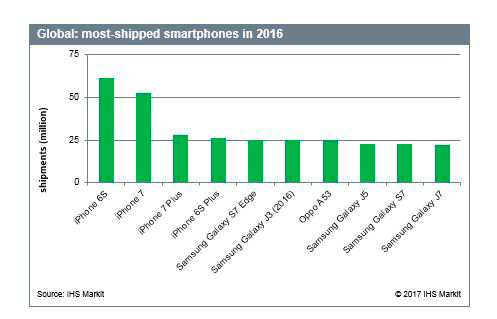 As for competition for Apple and Samsung, the third-largest manufacturer Huawei isn’t even on the list this time as Chinese manufacturer OPPO grabs one spot with its Oppo A53 model. That device grabbed 7th position and is competing steadily with Samsung when looking model by model.