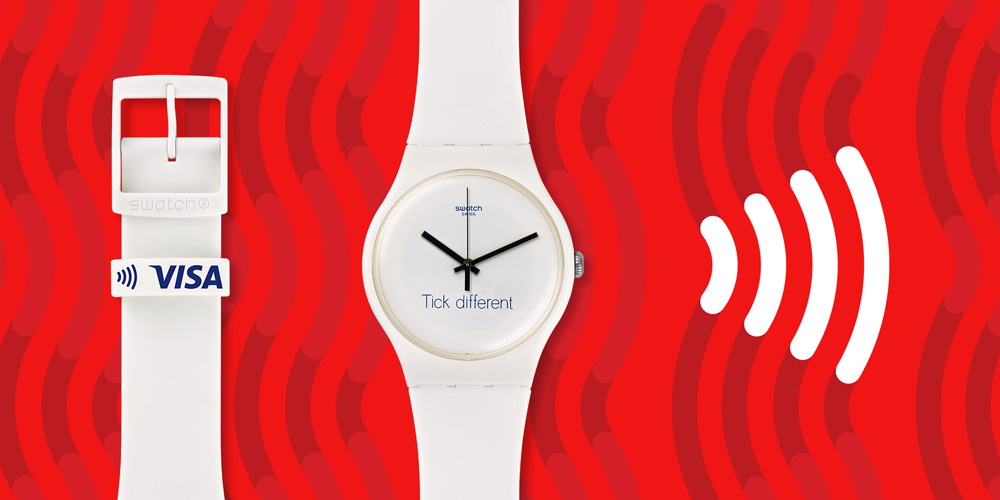 Apple is taking Swatch to court after the Swiss watchmaker used the slogan ‘Tick different’ to promote its NFC-enabled watch. Apple is arguing that the slogan unfairly trades on its own ‘Think different‘ campaign, while Swatch claims that the reference is purely coincidental.

‘Think different’ is arguably one of the most famous ad slogans in history, used by Apple from 1997 to 2002. It emerged from the one-minute ‘Crazy Ones’ commercial which featured a total of 17 people who changed the world by challenging the status quo …

Watson reports that Apple first attempted to block Swatch’s use of the ‘Tick different’ slogan by filing a complaint with the Swiss Federal Institute of Intellectual Property, which refused to block it. Apple has now gone to court, but reportedly faces a tough test for trademark infringement.

The court would need to be persuaded that the ‘Tick different’ wording was associated with Apple by more than 50% of the Swiss population. Swatch argues that the reference is instead to its 80s slogan ‘Always different, always new.’

It’s not the first time the two companies have battled over trademarks. Swatch successfully blocked Apple from using the iWatch name for what became the Apple Watch, arguing that it was too similar to iSwatch, which the company had earlier trademarked. Apple had apparently intended to use iWatch branding for its wearable, with even CEO Tim Cook letting slip the original name.

Swatch also somehow managed to trademark ‘One more thing,’ with Apple’s attempt to block this unsuccessful.