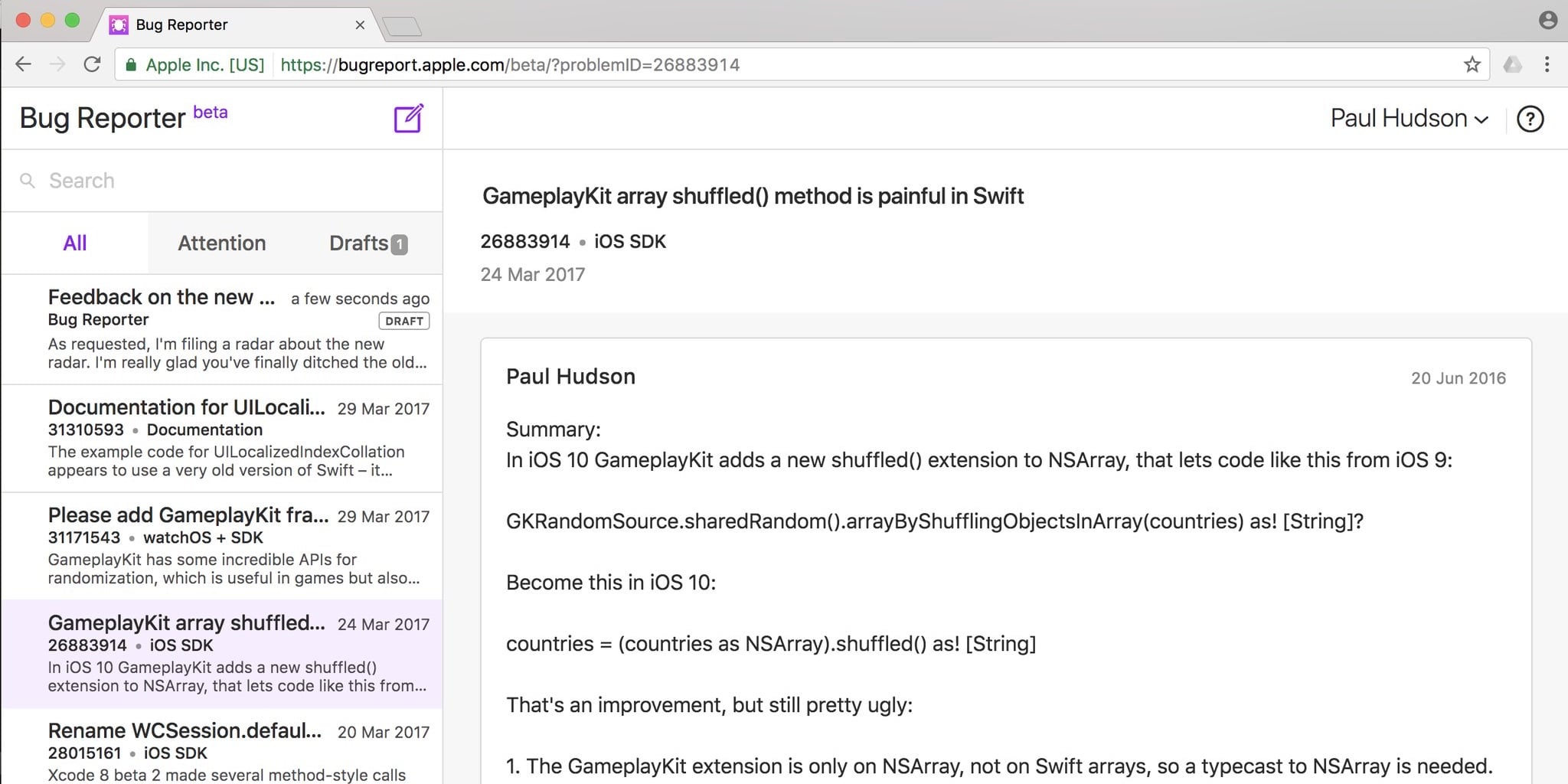 Apple developers have been receiving emails today inviting them to try out Apple’s new Bug Reporter beta. Bug Reporter, also known as Radar, is a bug filing tool used by developers to share feedback with Apple on the latest software.

Spotted by Steven Stroughton-Smith, the invitation also includes notes that feedback about the beta version of Bug Reporter should be shared within Bug Reporter.  The Bug Reporter beta announced today comes with an overall visual change bringing a focus to filing bugs quicker.

According to Paul Hudson, of hackingwithswift.com, the new beta Bug Reporter is missing some filter options. These filter options were previously used to help quickly sort through different bug statuses.

Look at all the flatness of it! New Bug Reporter is much faster and prettier than the old, although I’m already missing the filter options. pic.twitter.com/mLPHvWqkJf 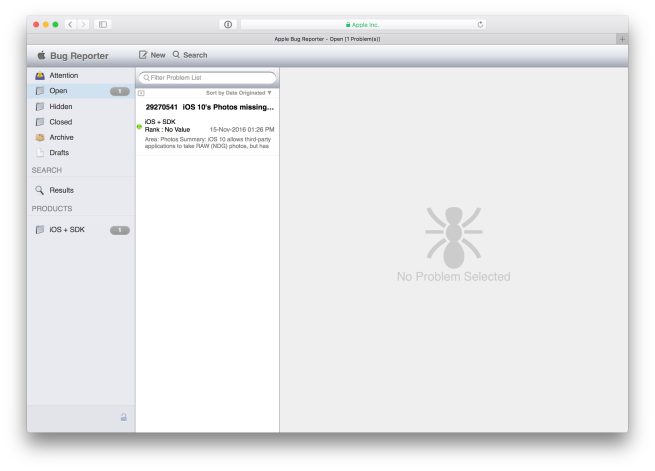