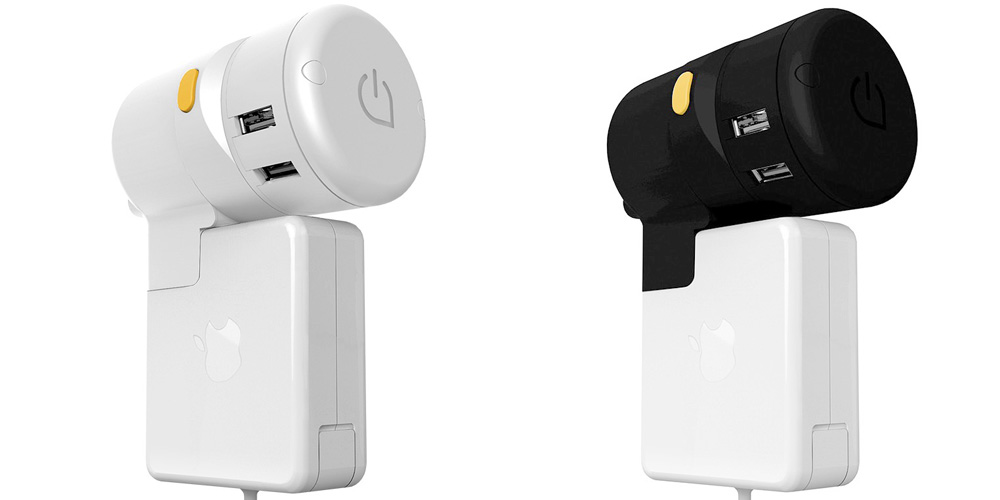 I reviewed the Oneadaptr Twist+ World Charging Station back in 2015. This is a slot-in replacement for the plug section of a MacBook/Air/Pro charger, allowing it to be used in most countries around the world.

An Apple power brick with this permanently attached has lived in my travel bag for the past couple of years, alongside the cables I carry with me. But when Apple slightly changed the design of the charger for the 2016 MacBook Pro, it no longer fit – a problem the company has solved with the latest version …

It looks virtually identical to the original, but Oneadaptr has modified the shape of the piece that mates with the power brick. As they wanted to make it compatible with both old and new chargers, it’s not a perfect visual fit with either – you do get a slight gap – but the important thing is that it fits easily and snugly to both.

You also get four USB-A sockets, which could be useful for those who still have USB 3.0 cables for various devices, though personally I’ve swapped mine out for USB-C ones – and the higher power output of the USB sockets on the 2016 MacBook Pro means these sockets are redundant for me.

You can see my video of the original version below, and the new one operates in exactly the same way.

I have discovered a couple of drawbacks in travelling with it for two years. First, the way the power brick sits below the plug pins means that you can’t always use it with plug sockets positioned very close to the floor. This hasn’t proven a problem in hotels, but it has been the case in some airport lounges.

Second, the weight of the power brick means that if the plug socket is on the loose side, it can fall out. I have sometimes had to resort to sitting the brick on a book or something to lend it support.

But the convenience factor of a single unit ready to travel almost anywhere in the world means that I’ve used it on every trip since reviewing it, and the new one is now part of my travel kit too.

For those of us in the UK, the company has also launched three different fold-flat USB power adapters. At 18mm thick, and no prongs sticking out, they are far easier to pack than conventional plugs. To use them, you press two buttons, and the three pins of a UK plug pop out.

The first model gives two USB-A sockets, the second has four and the third has two plus a built-in 2000mAh battery that allows you to simultaneously recharge your devices and the battery-pack. In that way you can recharge your iPhone later in the day without mains power.