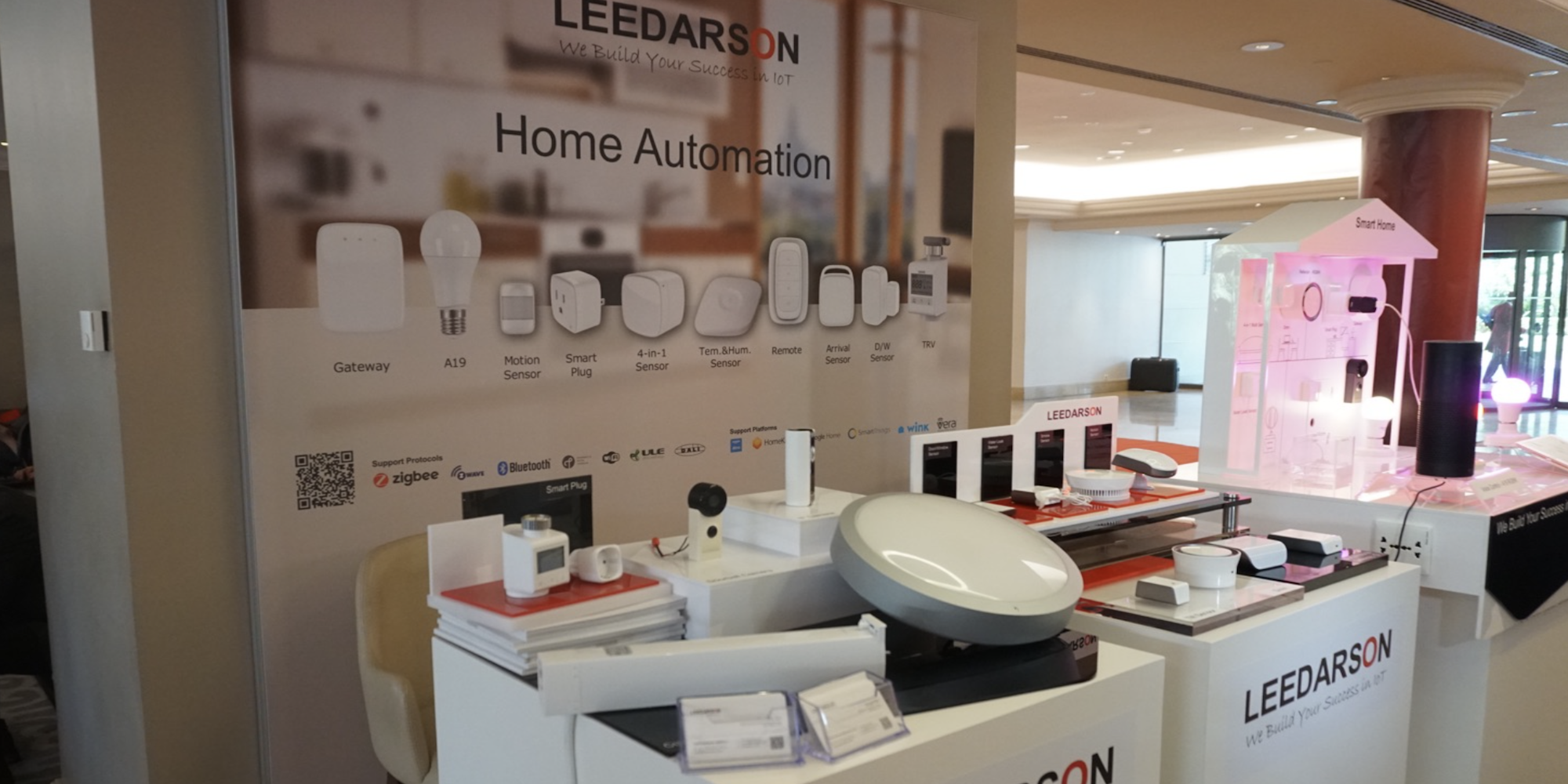 Leedarson, one of China’s largest manufacturers and exporters of white labeled lighting products for many US and EU companies, will soon launch HomeKit support for a wide range of home IoT products. It’s also planning an entrance into the HomeKit space as its own brand, with a lineup of lighting, sensors, IP cameras and other home products planned for next year.

The company showed off the new products with HomeKit during IFA’s Global Press Conference in Lisbon this week ahead of the consumer trade show’s main event in September.

A new Gateway product (pictured below) will act as a hub to enable HomeKit control for the rest of the company’s home automation products. It also supports ZigBee and Z-Wave platforms.

With the hub, individual products won’t support HomeKit by themselves, but existing owners of Leedarson’s various home products will be able to enable HomeKit using the new Gateway hub when it launches later this year. The hub approach, the company noted, reduces the cost of having each product in the lineup include Apple’s HomeKit and authentication chips. It also makes it easier for users by simplifying the setup and control by having everything go through the new Gateway hub and communicate with HomeKit using its own cloud platform.

When the new Gateway product arrives, HomeKit will too for its current crop of smoke, temperature, water leak, motion, and window and door sensors, as well as its smart plugs, curtain motor, sirens, lighting, IP cameras and more. A full list of its IoT products is on the company’s website.

The company has one HomeKit product that will work without the hub, an A19 light bulb that communicates with HomeKit over its cloud platform and establishes a connection via Bluetooth.

While development for HomeKit integration is completed, and the Gateway itself could be ready as early as June, the company tells me it’s currently working through Apple’s licensing program and expects to launch the new Gateway and HomeKit support by the end of the year. That means you can expect companies that white label Leedarson’s products to have some new HomeKit offerings in the pipeline using the hub. Those clients reportedly include Osram, Belkin, LG, GE and others.

The lineup of HomeKit products and new Gateway with the Leedarson brand will launch sometime next year shortly after its white label partners.