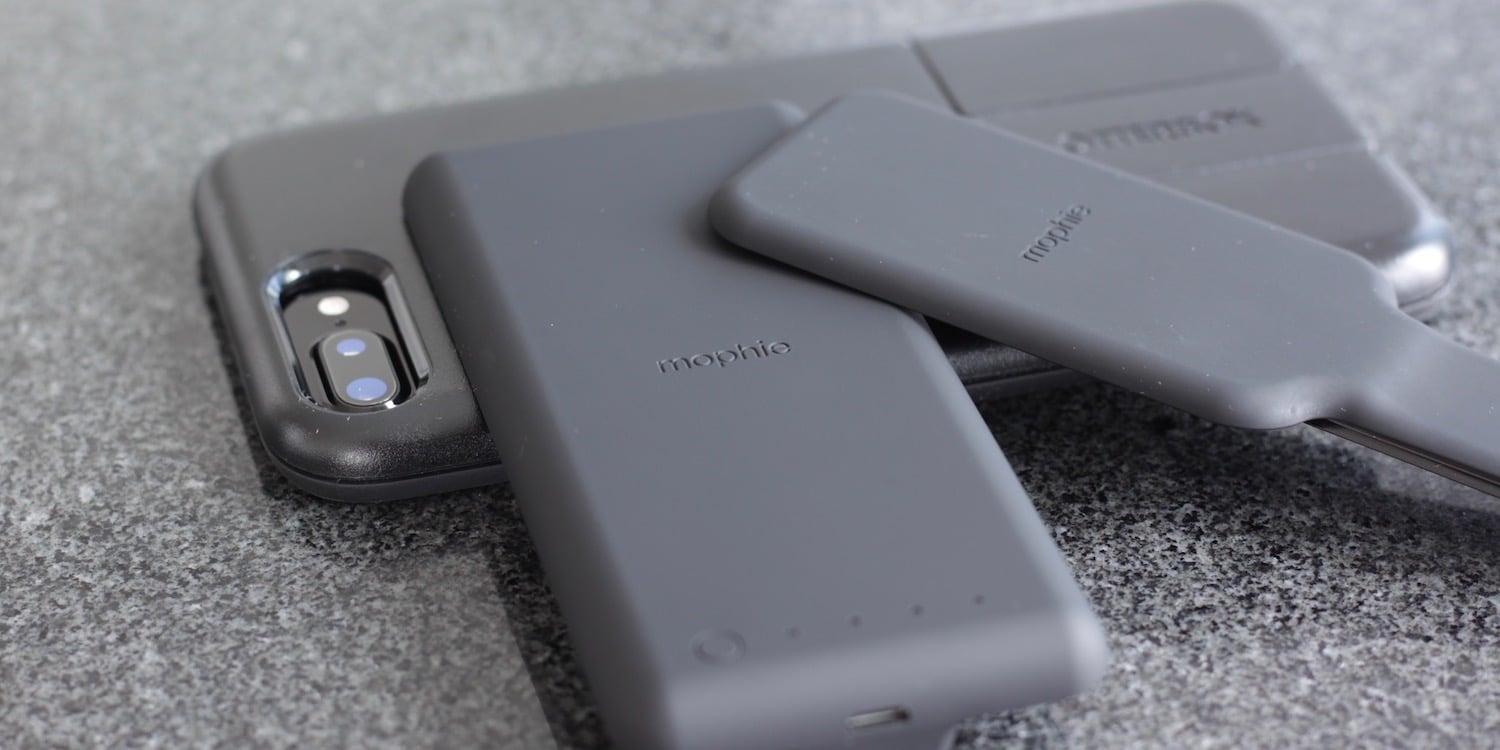 After the success of having partnered with multiple companies for its modular case system, OtterBox is ready to add another household brand to its roster. Available today, OtterBox is introducing mophie’s charge force battery technology to the uniVERSE case system.

I spent the past week with the new charge force battery and charge force adapter to see how well the two companies were able to integrate their products.

This isn’t the first time the uniVERSE Case System has seen a battery pack option; on launch, OtterBox started with the Polar Pro Power Pack. But by bringing in mophie’s battery expertise, they also bring in the brand trust and new charge force wireless battery charging tech. With charge force’s tech, users will be able to carry a modular battery pack with their iPhones and charge both it and the phone wirelessly.

The mophie charge force battery for the uniVERSE Case System comes with a 2,500 mAh battery, more than enough to charge the iPhone 7’s 1,960 mAh battery. For those that don’t want another battery pack, mophie also has a charge force adapter that brings wireless charging to your iPhone. Both accessories are Qi wireless compatible and work with mophie’s charge force accessory line-up.

After having used a mix of both the battery pack and charge force adapter over the past week, I’d have to say the experience has been positive. I’m usually not a fan of using cases, but I found that having both wireless charging and a modular battery pack to be pleasant. While I don’t like the added weight of the battery pack, I did like that I could charge both the pack and phone together in one neat package.

By keeping my phone atop a wireless charging pad whenever it wasn’t in use, I was able to keep both at 100%. (The charge force battery includes a micro-USB cable incase you want to charge your battery pack separately.) It was gratifying knowing I could head out the door for a long night and have a charged battery with me that I could remove.

If you’re a frequent battery pack user and looking to expand on your uniVERSE Case System, I’d recommend taking a look at today’s announced accessories. The sleekness of the whole package and the Case System’s modularity with other accessories make it easy to integrate and simplify your daily carry.

The new mophie charge force battery and charge force adapter are available for the uniVERSE case system at $69.95 and $49.95 from OtterBox.com.