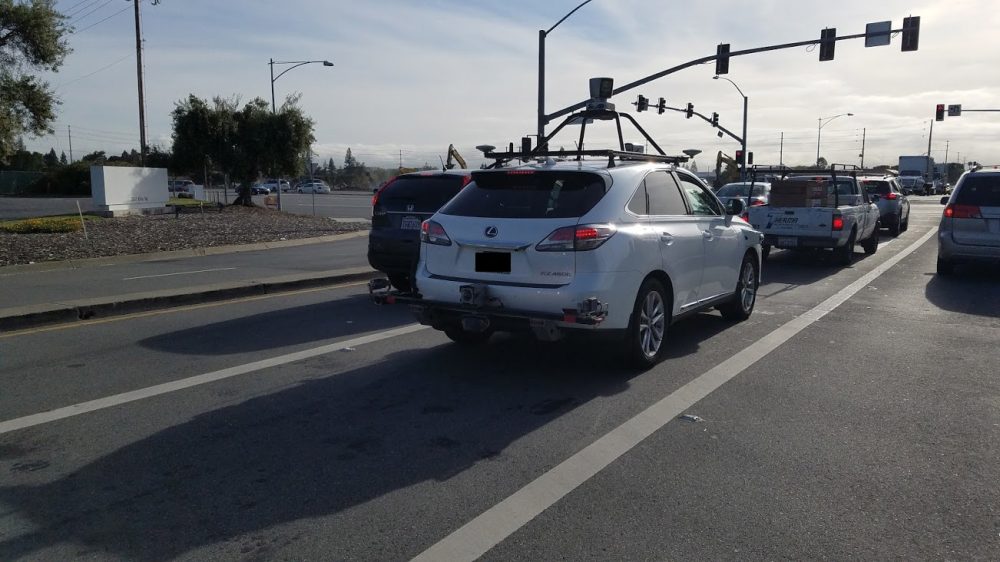 Earlier this month Apple was granted permission to publicly test a self-driving vehicle on public roads in California, and now the company has reportedly issued a letter requesting changes to autonomous car test policies. Reuters first reported that Apple has formally proposed self-driving car testing policies through a company letter.

In the company letter, Apple writes that it is ‘investing heavily in the study of machine learning and automation, and is excited about the potential of automated systems in many areas, including transportation.’

Specifically, this is what Apple is requesting through the formal letter shared by Business Insider‘s Kif Leswig:

To support ongoing research and testing, Apple proposes that California DMV amend or clarify its positions in the areas of disengagement reporting, definitions, and testing without safety drivers.

Apple goes on to write that it does not believe that the current test rules will help the public accept self-driving cars as safe:

Apple goes on to detail what it believes and doesn’t believe should be mandatory to report when testing autonomous driving technology.

In short, Apple will have to publicly disclose incidents that occur just like Google and other companies testing self-driving car technology, but the company doesn’t agree with how that disclosure is currently made.

The language used in the letter shared today lays out Apple’s activity around autonomous vehicle technology testing in the clearest form since last December when the company sent a letter to the U.S. National Highway Traffic Safety Administration asking for fewer restrictions on self-driving technology testing.