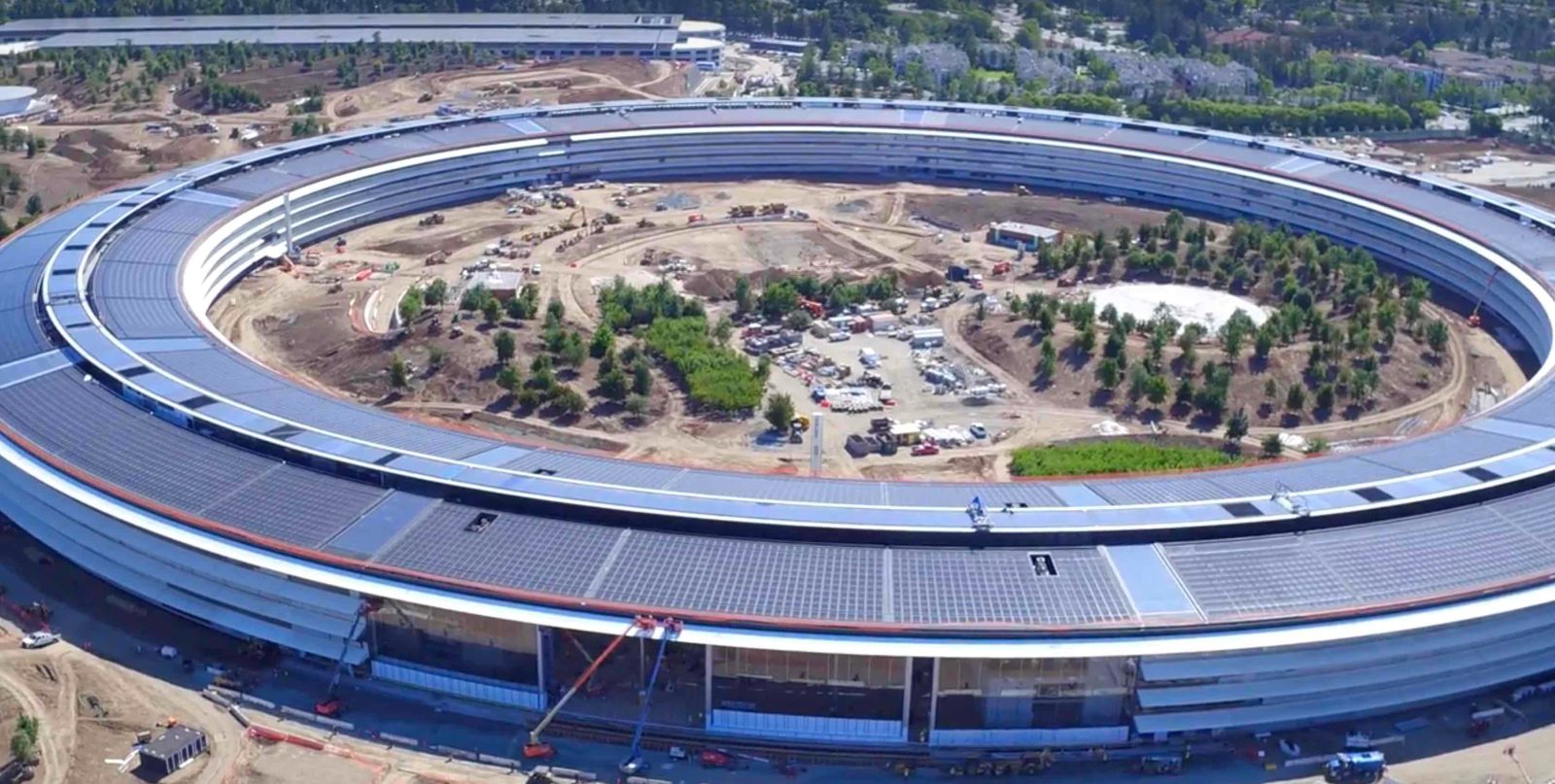 A new month means a new drone flyover video of Apple Park. This drone video comes courtesy of Duncan Sinfield, who has been consistently producing drone flyovers of Apple’s new campus since 2015. The video shows progress continue on Apple Park as landscaping and other touches are applied…

As we noted during other recent drone footage, Apple Park still very much resembles that of a construction scene. While landscaping work continues, there’s still a considerable more amount of dirt than there is greenery. Furthermore, there’s still machinery everywhere you look. Nevertheless, there’s definitely progress being made.

In this newest drone footage, we can see work continue on the spaceship design with the solar panel roof, as well as Steve Jobs Theater and more. Windows are being installed along the outside of the building, while work continues on parking and other areas.

Apple originally announced that its new headquarters would be named Apple Park back in February, while the company also stated that the 1,000-seat auditorium would be named Steve Jobs Theater. While employees were expected to begin moving in during the month of April, it’s currently hard to tell if employees have moved in or are starting to move in, but it would be possible.

Check out the latest drone video below and keep up with everything we know about Apple Park in our continually updated guide. What do you think of the newest drone footage? Let us know down in the comments.