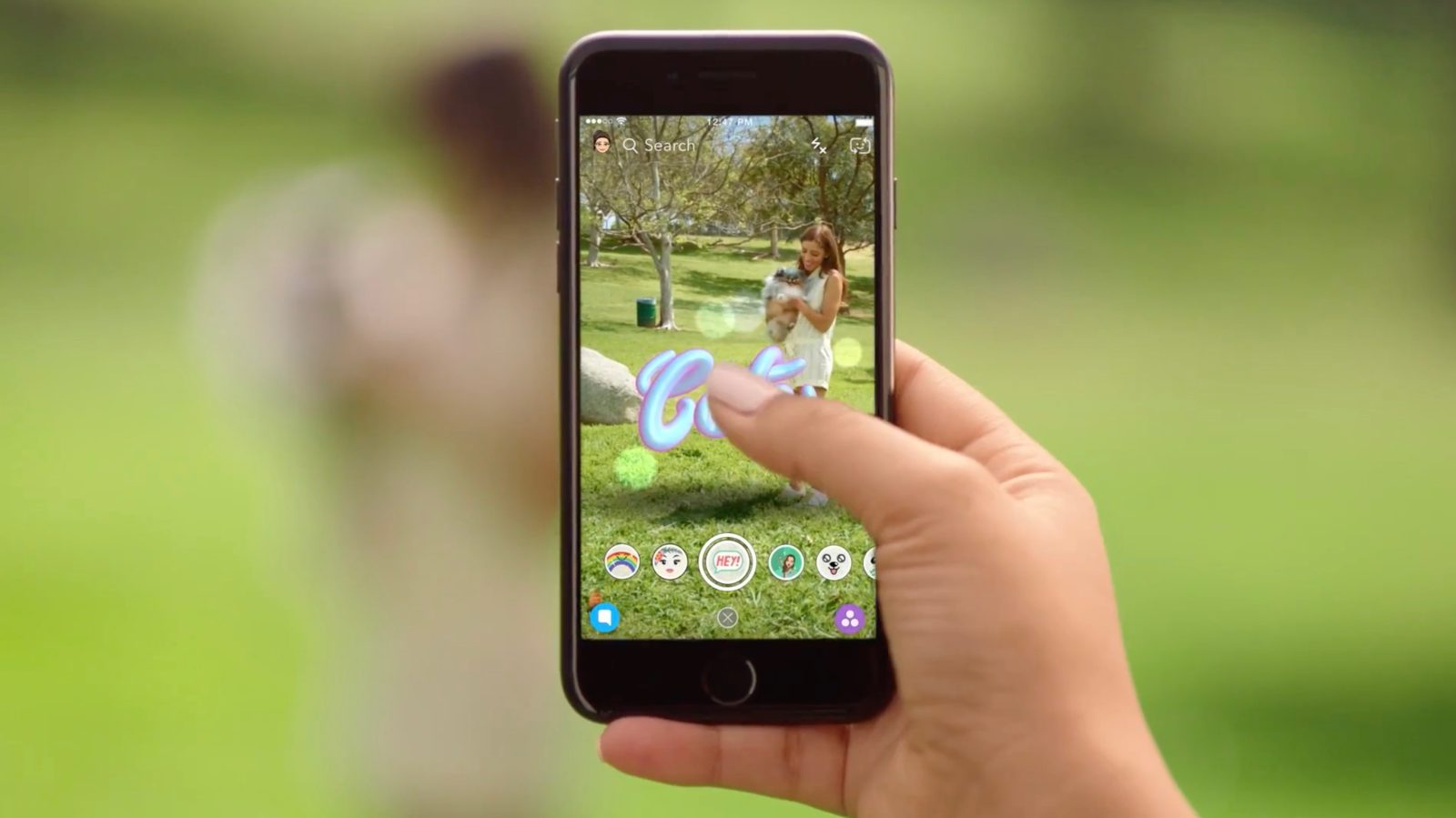 Back in February, Snapchat parent company Snap Inc filed for a $3 billion initial public offering and today, the company has reported its earnings for the first quarter of 2017. The numbers, as you can tell from the company’s stock plunge, were considerably less than initial Wall Street estimates…

Snap reported $149.6 million in revenue for Q1 2017, missing estimates of around $158 million. While $150 million in revenue is nearly quadruple the $38.6 million the company brought in during the year-ago quarter, it marks a quarter-on-quarter decline of about $16 million.

On that $149.6 million in revenue, Snap reported a net loss of more than $2.2 billion. The company attributes $2 billion of that to “stock-based compensation.” As Recode notes, a good portion of that $2 billion came in the form of an $800 million bonus given to Snap CEO Evan Spigel in exchange for taking the company public.

One somewhat shining point of Snap’s earnings, however, was its user growth. The company reported a daily active user increase of 8 million, rising from 158 million to 166 million. During its initial IPO earlier this year, Snap explained that its user growth was somewhat stagnant, but nevertheless, it is still pulling in new users.

Snapchat, however, has already been more than eclipsed by Instagram Stories. While Snapchat has 166 million daily active users, Instagram Stories has already crossed the 200 million threshold. Spigel talked about Facebook’s copy-cat tendencies during Snap’s earnings call:

“You have to get comfortable with and enjoy the fact that someone is going to copy you if you make great stuff.

“At the end of the day, just because Yahoo has a search box, it doesn’t mean they’re Google,” he said.

Other notable numbers from Snap’s earnings release include the fact that its Spectacles glasses brought in around $8 million in revenue. While Snap lumps the revenue from Spectacles into its “other” category, CFO Drew Vollereo explained that the connected glasses made up the majority of that revenue. With $8 million in revenue, Snapchat likely sold around 60,000 pairs of Spectacles during the quarter. 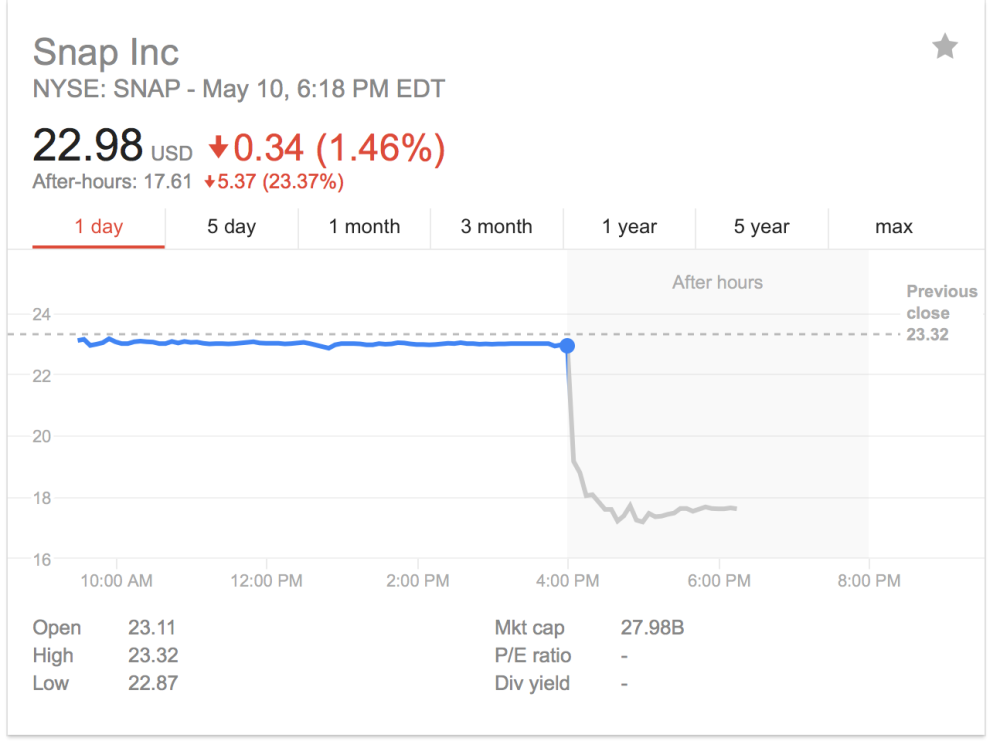 Snap’s stock is not taking this less-than-stellar earnings report lightly. The stock has plummeted some 23 percent in after-hours trading, down to $17.64 per share, despite closing at $22.98 today.