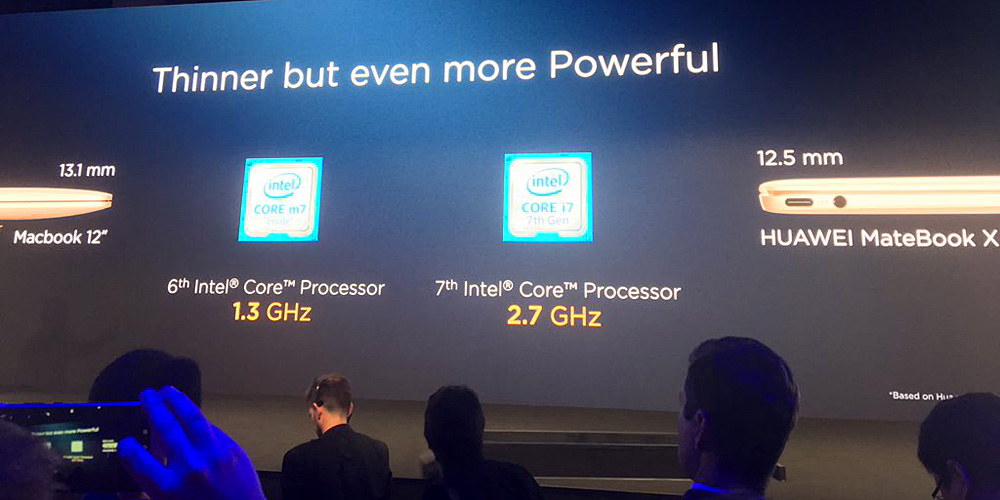 Huawei is in the middle of launching its latest Windows 10 notebook, the new Matebook range – and is making some interesting comparisons with the 12-inch MacBook.

On one slide, the company claims that the Matebook X is ‘thinner but even more powerful’ than Apple’s MacBook – a comparison which may or may not be accurate …

Huawei also says that it is ‘pushing the edge of thinness’ as it draws comparison with Apple’s offerings, noting that the Matebook is 12.5mm thick against 13.1mm for the 12-inch MacBook and 14.9mm for the latest 13-inch MacBook Pro.

The company additionally claims that its 4.4mm bezels are the slimmest offered on any notebook, making it the world’s smallest 13-inch notebook.

However, the power comparisons are already coming under fire. Steve Troughton-Smith has suggested that the ‘Core i5’ chip is merely Intel rebranding its Core-M processors. While the Huawei chip is a later one, and presumably more powerful, an updated 12-inch MacBook would, he argues, use the same chip.

I get the feeling Huawei’s ‘Core i5’ is Intel’s rebrand of the Core-M processors (as in the Retina MacBook). Misleading comparisons incoming

There is, though, some confusion and disagreement on the issue, with Microsoft’s Surface Pro 4 also being dragged into the debate.

Doubtless benchmarks will reveal all in due course. 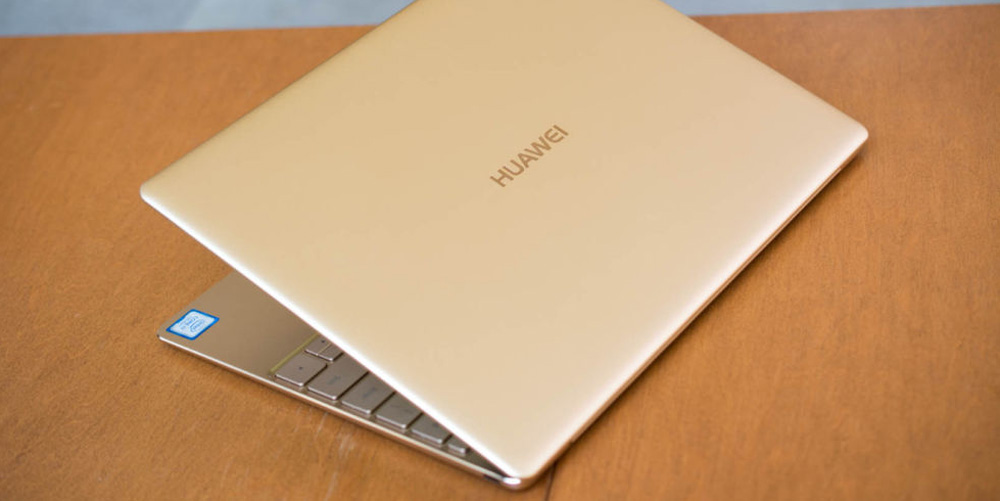