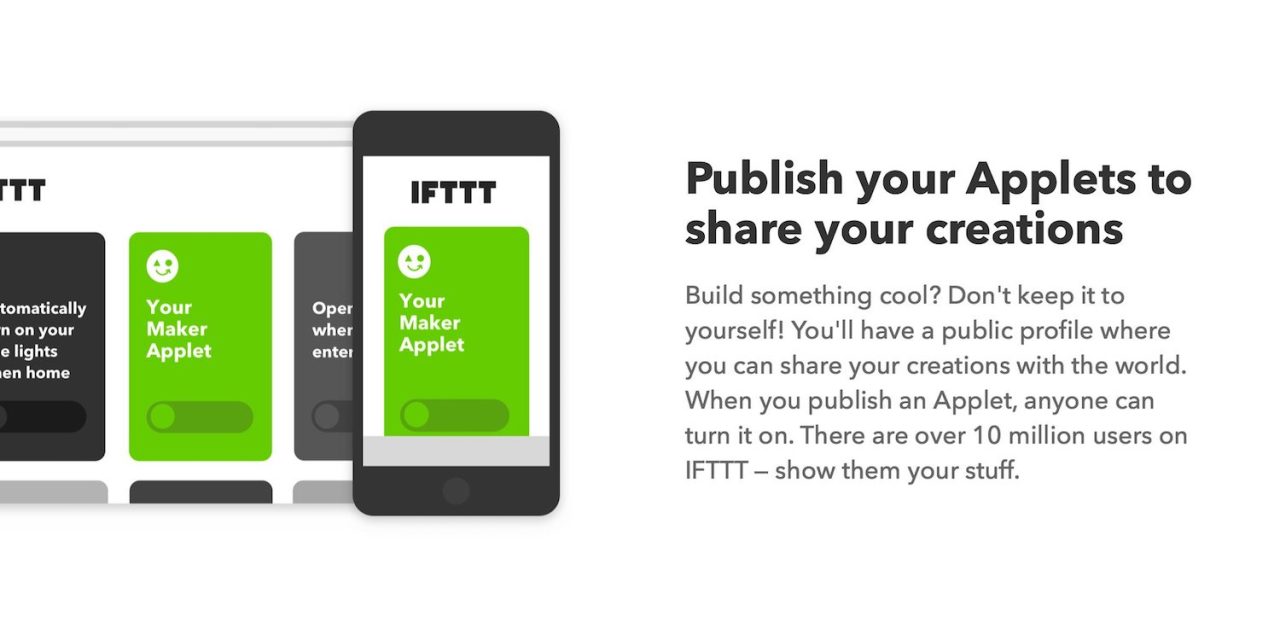 Officially unveiling its new Maker tier today, IFTTT hopes to draw more developers to its connected services platform. The new tier will allow developers to more finely tune their Applets with multiple services, and even add in more triggered actions. Today’s announcement is a follow up on IFTTT’s partnership program from last year where they began working directly with companies like BMW and Spotify.

Late last year, IFTTT introduced Phase 1 of its new business plan. The IFTTT Platform was unleashed to partners allowing them to directly build Applets within IFTTT. This spawned official IFTTT service pages from Twitter, BMW Labs, and many others. During this phase, IFTTT saw more than 10 million new users and over 100 additional partners. These increases have resulted in a 50 percent increase in the number of Applets turned on each day.

Today’s new Maker tier, Phase 2 of the business plan, brings functionality previously reserved for official partners to individual developers. Developers on the new free tier will be able to publish their own custom Applets, connect them with any service on IFTTT, and build out Applets that support multiple actions.

Developers on the Maker tier will get their own public IFTTT pages to share their Applets within the community. Developers on this new tier will be able to connect any of the supported services, even if they themselves don’t have that specific service. For example, a Maker could create a custom BMW Applet even if she doesn’t have a BMW connected to the IFTTT service. Makers will also gain the ability to trigger multiple actions within their Applets. Instead of being limited to one “then that” action after an “if this” is triggered, developers will be able to create Applets with multiple “then that” actions. As IFTTT puts it, “if this, then that, and that, and that.” 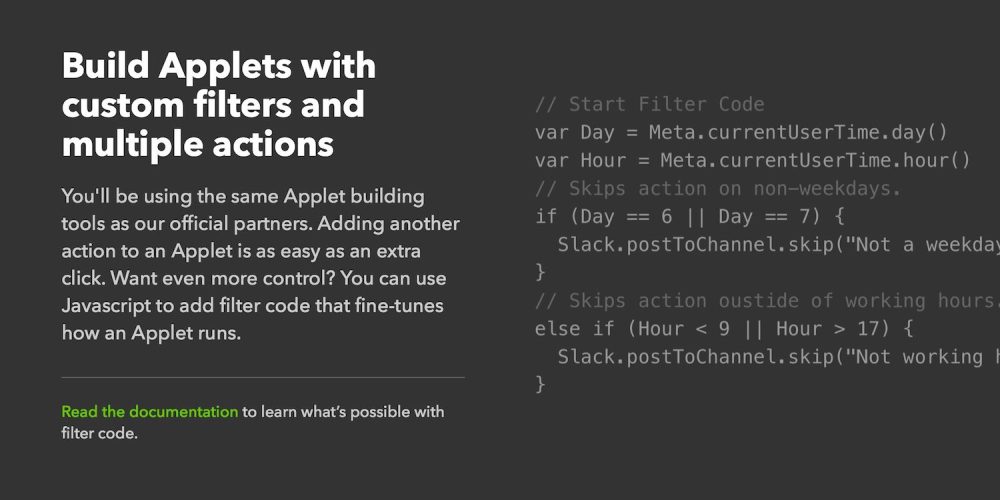 Taking today’s developer-centric update even further, IFTTT has announced support for JavaScript code within the new Applet filters tool. IFTTT says this “opens up an entirely new set of use cases, from conditionals to randomization.“

Though the Maker tier introduces new functionality for developers looking for more from IFTTT, some features are still reserved for partners. This $199 a month tier gives developers access to in-depth analytics, unlimited users, and unlimited Applets. Partners are also the only ones able to integrate their own APIs and then build out custom triggers and actions for IFTTT.

Today’s updates are just the beginnings in IFTTT’s efforts to connect various services for easy to use automation. The company shares that new capabilities on the platform will be added throughout 2017.

More information on IFTTT’s new tier can be found on the official Platform page.