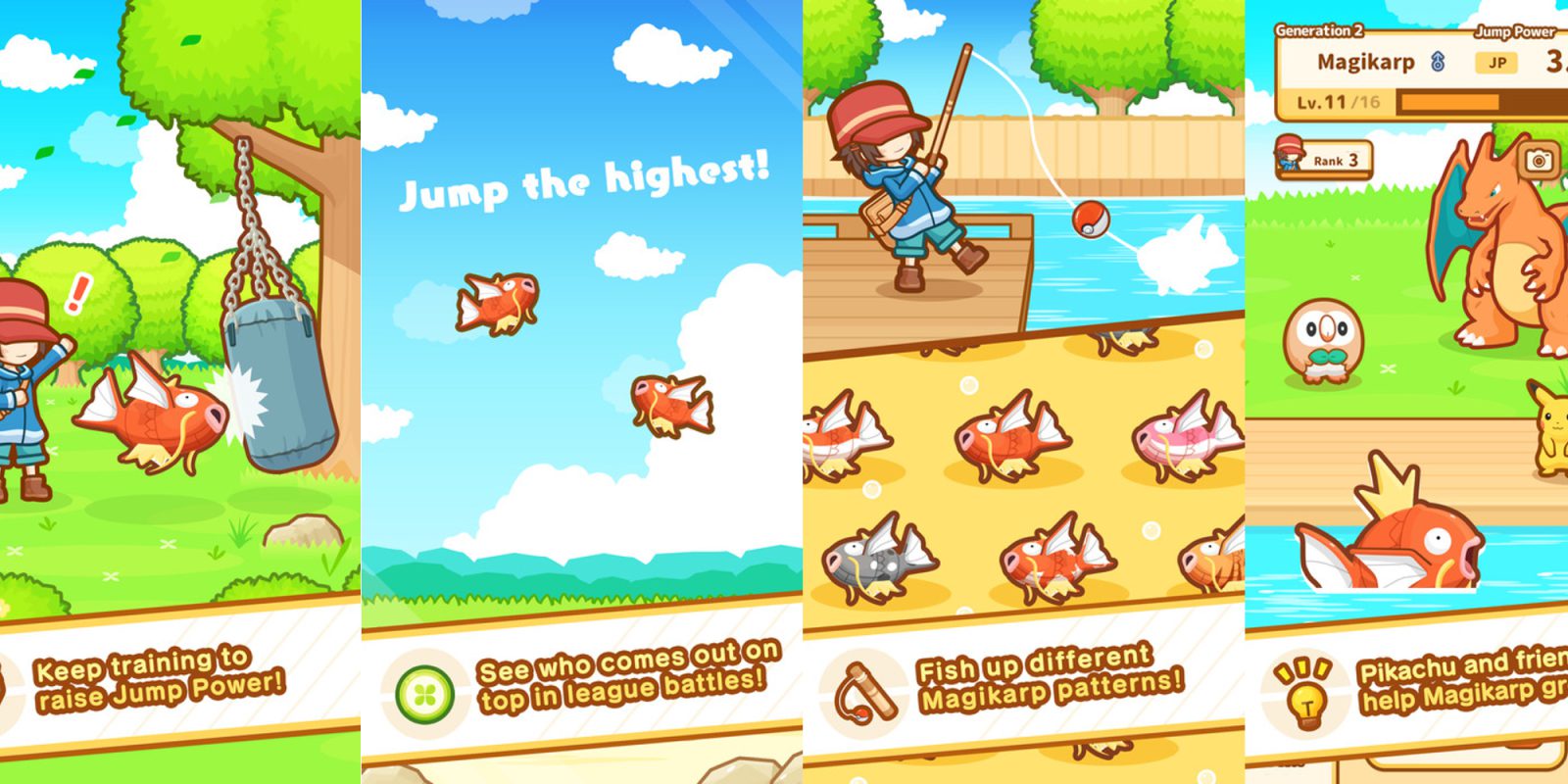 Pokémon fans have long been waiting for an official game to make its way to the App Store. Last week seemingly out of nowhere, the company announced it would be releasing a new game, titled Magikarp Jump. Having been released in select countries earlier this week, it is available now in the US and rest of the world.

Now, I know what you’re thinking, a game dedicated to Magikarp does seem a little ridiculous, but Pokémon’s latest mobile game is actually surprisingly fun. It has a pretty simple objective, to train and then compete your magikarp in competitions to be the Jumping Champion.

Aside from a fairly brief introduction, there isn’t much of an overarching story. The game begins with an appropriately named Mayor Karp telling you about the joys of raising and competing with Magikarp. It seems your town hasn’t had the best luck recently, so everyone is counting on you to raise a ‘Champion Magikarp.’

The main objective of the Magikarp Jump is pretty straightforward, to train your hopping fish companion to jump higher than any of the Magikarps you encounter. Along your journey you’ll train and then compete against other trainers’ prized magikarp. You’ll find that there are eight different leagues to battle your way through, which should provide plenty of action.

After catching your first Magikarp, you’ll start exploring the various ways you can level it up. From feeding, fighting a punching bag and more, there are a few different side activities to occupy your time in-between jumping competitions.

There are also various items you’ll come across throughout the game that can enhance your Pokémon. As one would expect, there are in-app purchases available, which allow you to buy these in-game items for real money.

The gameplay of Magikarp jump is fairly laid back and is far from intensive. It’s relaxing, enjoyable and entertaining enough to kill time here and there, but it isn’t a game that you’ll be sucked into for hours at a time.

Magikarp Jump is by no means Nintendo’s most lengthy or comprehensive iOS game, but that doesn’t mean it still won’t be a hit. Whether you’re a long time Pokémon fan, or just looking for a relaxing game, you should feel right at home with Magikarp Jump.

Magikarp Jump is now available for free on both iOS and Android.

Train your Magikarp to soar as high as possible in Pokémon Magikarp Jump! The lowly Magikarp now gets its time in the spotlight with this fun app for iPhone, iPad, and Android devices. Feed and develop your Magikarp to maximize the Pokémon’s jump power to reach new heights. Then compete to see if your Magikarp is the best. Can your Magikarp rise to the level of League Champion?

During your training, if Magikarp gets knocked out, or retires upon reaching Lv. 20, you’ll start over with a new generation of Magikarp. But not all progress is lost—your new Pokémon will start off a little bit stronger than your last. Keep training every Magikarp until you can make it to the top of the in-game tournament ladder!

While you’re raising your Magikarp, keep an eye out for Pokémon that want to help you. For example, some Pokémon you encounter will give you food to keep your Magikarp nourished.

When you do well in jumping tournaments, you can get commemorative photos of your achievement. You can share these photos online and with friends to show the world how well you’ve trained your Magikarp.

Magikarp Jump also features in-app purchases, where you can spend real money on a variety of things to speed up your training, replenish your food stock, and catch more Magikarp. You can also purchase decor to customize your Magikarp’s habitat.