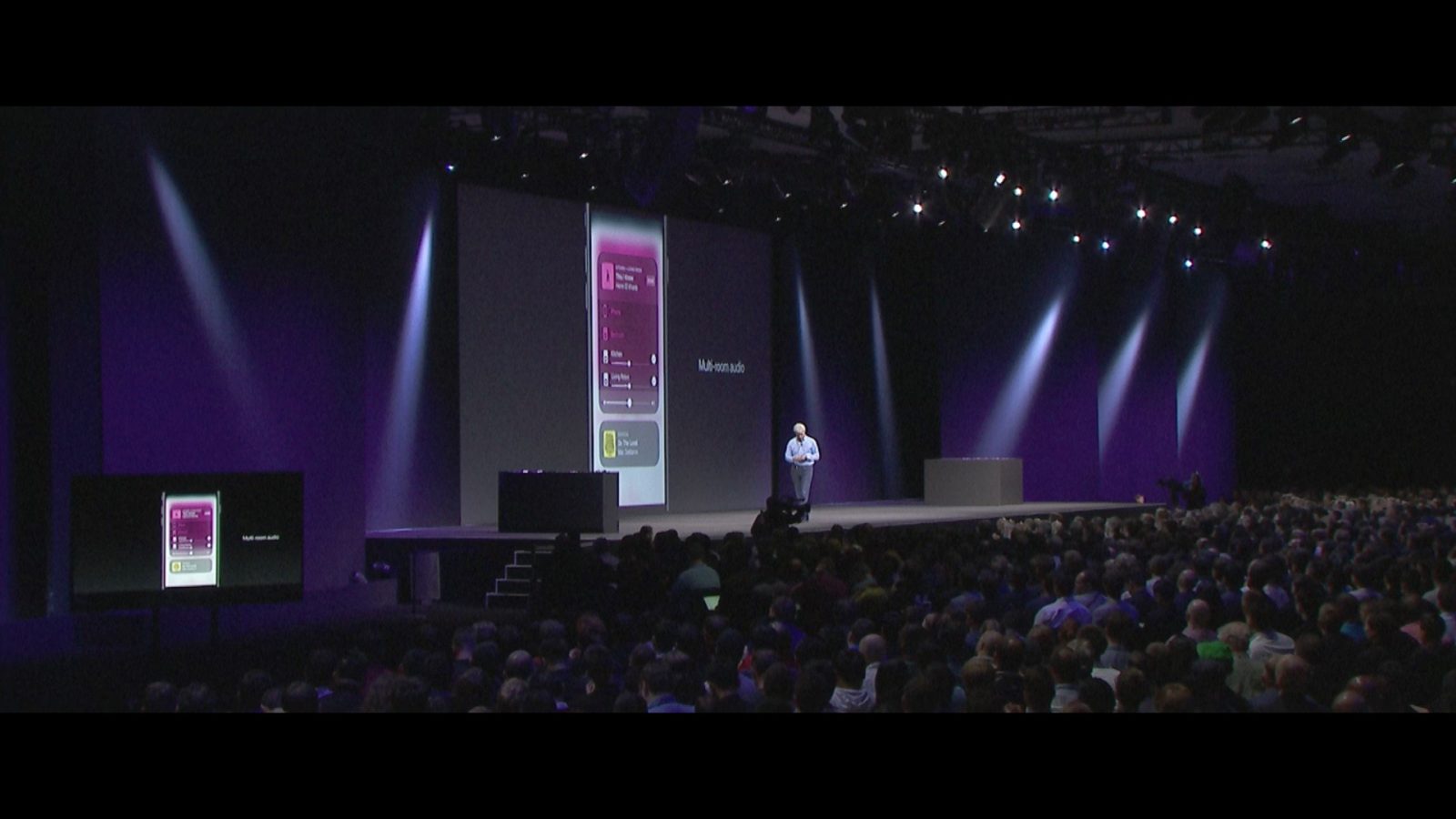 As part of iOS 11, Apple is announcing a handful of improvements to Apple Music and AirPlay. Headlining the changes is Apple’s new AirPlay 2 protocol, while the Music app is also receiving improvements with new social features and more.

With AirPlay 2, Apple is adding speaker control to the Home app. This means that users will be able to control speakers and manage multi-room audio directly from the Home app on their iOS device. Apple TV can act as a sort-of hub for this, allowing speakers paired to an Apple TV to be controlled with AirPlay 2.

Furthermore, with AirPlay integration in Home, users can operate a shared “Up Next” play queue, meaning everyone can add their favorite songs to the queue from their own device.

In addition to AirPlay 2, Apple has announced some improvements to the Music app. For instance, there’s a new “Friends are listening to” section under the “For You” tab that lets users easily see what their friends and family are listening to. This is similar to features offered by competitors like Spotify.

There’s also a new MusicKit API. This allows developers to integrate with the full Apple Music service. For instance, Nike+ Run Club has integrated Apple Music to create workout and running playlists. Anchor will also be one of the launch partners for MusicKit, as will Shazam.