Earlier today Apple officially previewed iOS 11 at its Worldwide Developer Conference and to coincide with the introduction of the new 10.5-inch iPad Pro, there are a host of new iPad features in the update. We managed to get some hands-on time with the new features and the 10.5-inch iPad Pro during the show….

In the video below we get a look at the new multitasking features, Control Center, drag and drop, new and improved screenshots, and the new Files app (a place that acts as a Finder of sorts on iOS for managing folders and files). The Files app marks somewhat of a change of pace for Apple, as it had previously argued that there was no need for a “Finder” on iOS.

We also get a look at the new iOS 11 dock, which acts as a macOS-style dock for quick access to apps but also integrates with new multi-tasking and split-screen functionality as you see in the video below. 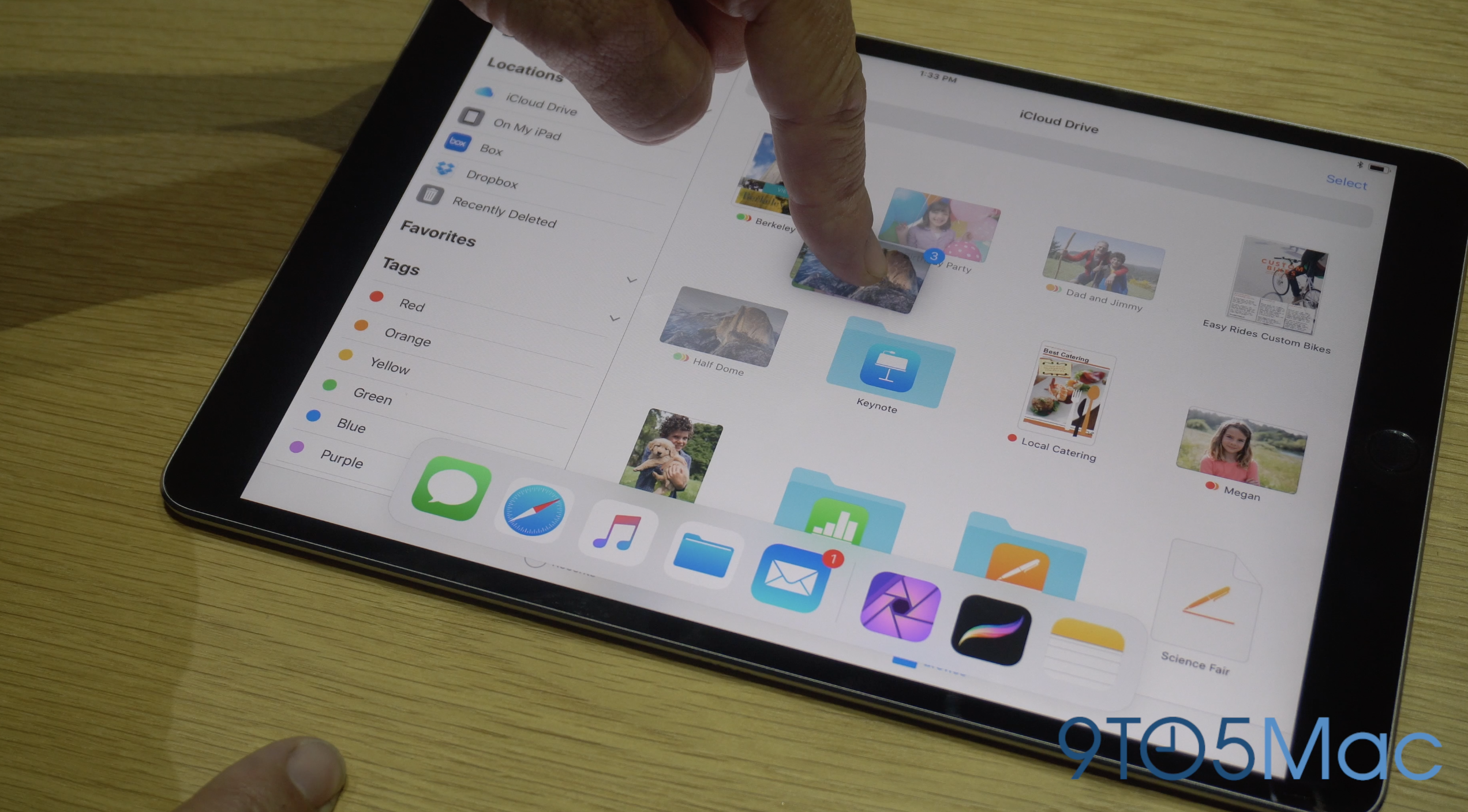 You’ll also see some new Apple Pencil features being shown off in the video including quick access to Notes with a single tap from the lock screen and new annotation features. Apple also made a point of noting performance enhancements during its demo, including showing improved scrolling and navigation with Apple Pencil. The enhanced screenshot functionality means iPad users will be able to easily mark up and share screenshots using new drag and drop and Apple Pencil annotation features.

For a rundown on everything that’s new in iOS 11 and new features for iPhones, check out our roundup and screenshot gallery here.  For everything Apple announced at WWDC, read our full roundup here.