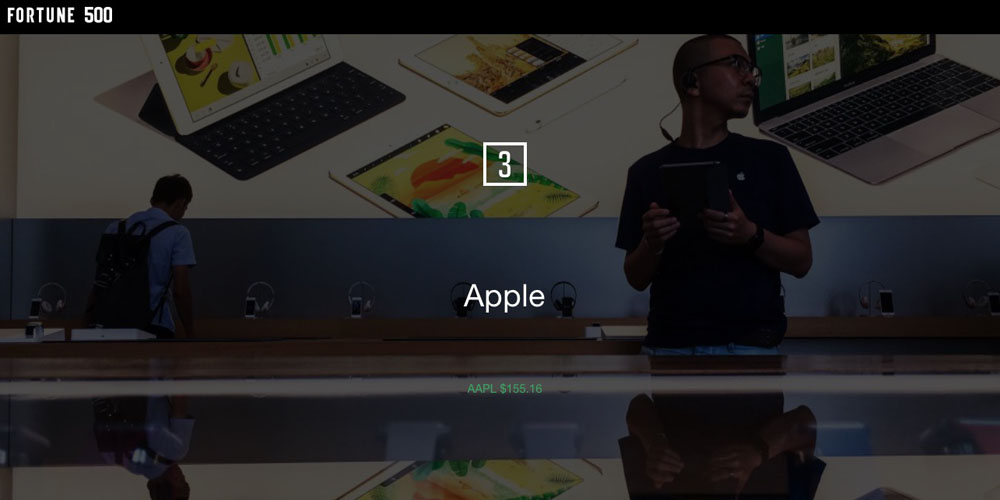 Apple may be the world’s largest company by market capitalization, but it doesn’t top all the rankings. The Fortune 500 ranks U.S. companies by annual revenue, and Apple has retained the #3 slot it achieved last year, albeit with changes either side of it …

Last year, Apple was behind Walmart and Exxon Mobil, but ahead of Berkshire Hathaway – having climbed two places. This year, Apple beat the oil company but fell behind the investment conglomerate.

After more than a decade of solid growth fueled first by the iPod music player and then by the even more popular iPhone, Apple finally appeared to hit a wall, with lackluster sales—relatively speaking—for other products such as the iPad and Apple Watch and a heavy reliance on upgraded phone models. But the most profitable publicly-traded company in the world is investing heavily in software and its efforts in new areas of opportunity, including automobiles, remain in development (and under wraps).

But an analysis by editor-in-chief Clinton Leaf is kinder, describing the company as one of the ‘daring, upstart free enterprisers who pulled and dragged America to the front of a new global techno-industrial age.’ Tesla, Netflix, Google were all singled out as other examples of ‘new thinkers.’

The piece notes that Apple went from California garage to Fortune 500 member in just seven years, while the slideshow predicts that the Cupertino company will be the world’s first trillion-dollar company.