This week’s sponsor is Spigen and the company’s new Kuel QS11 Magnetic Car Phone Mount available now for a limited time for $9.99.

The new QS11 mount makes improvements to Spigen’s already popular line of car mounts by streamlining the design of the mount itself and adding a super strong magnetic attachment for the fastest possible mounting of your iPhone or other device in any vehicle.

The mount is super slim at just 0.15″ thick so it keeps your device at an ideal viewing angle and out of your line of sight while driving. Once mounted, you can easily rotate your device 360 degrees to have your phone in either portrait or landscape orientations.

When your device is attached, the Magnetic Mount disappears behind. But if not, it sports a sleek, all-black design with carbon fiber accents to make it look good on your dash when exposed:

In the box you get the magnetic mount itself that attaches to your car’s vents with a built-in clip, plus two metal plates (a circular one and a larger rectangular one) for use with two different sized devices. You’ll also get protective films that protects your device from any scratches when applying the metal plate to the inside of your case.

Take a look at the mount in action in the video below:

The metal plate attaches to your device with an included 3M adhesive and can be hidden underneath most cases (as pictured below): 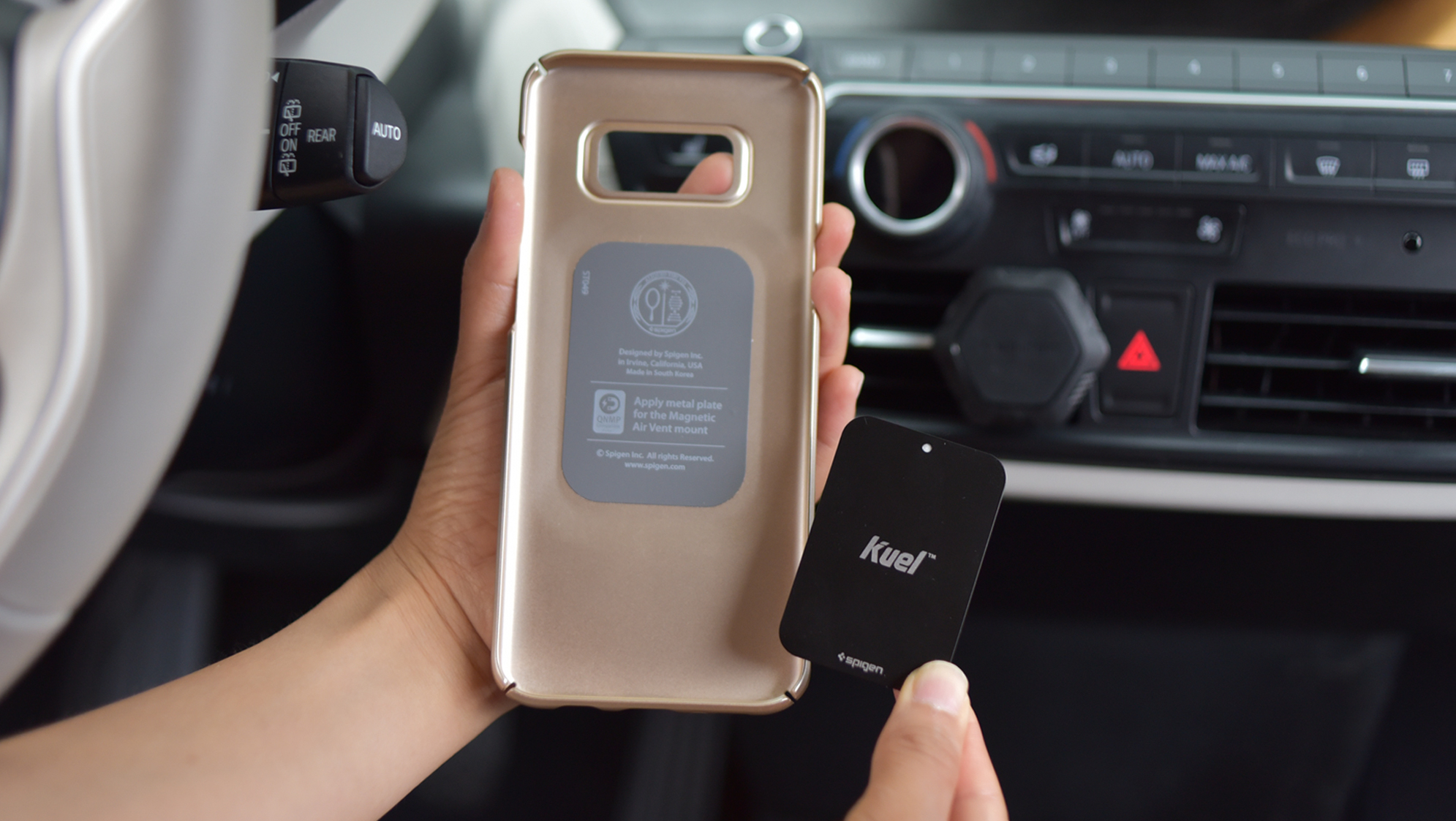 The magnetic attachment keeps the device positioned firmly, but makes it easy to remove without having to push any buttons or mess around with removing from a case or attachment.