Tim Cook says self-driving car tech ‘incredibly exciting,’ Apple may or may not make a car 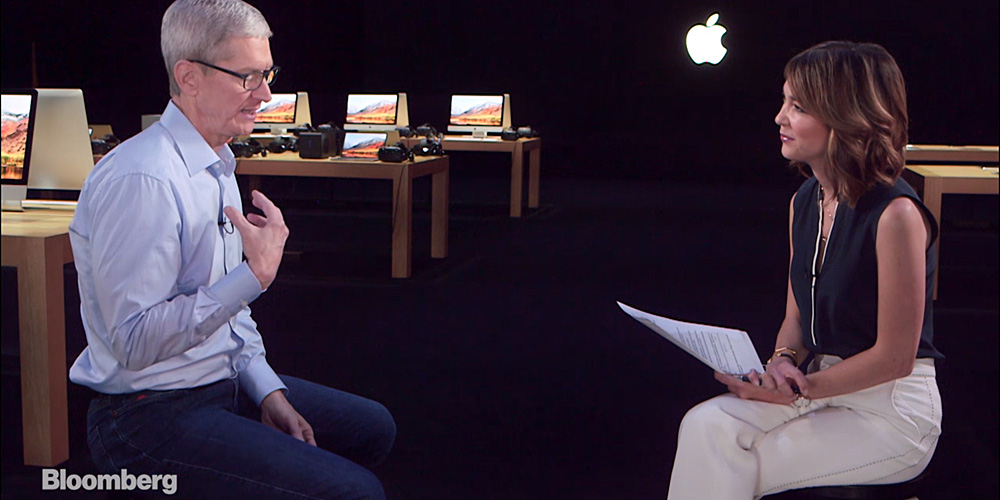 Tim Cook has been a little more open than usual about the open secret that Apple is working on autonomous driving technology, describing it as an ‘incredibly exciting’ field. He did so in an interview with Bloomberg TV that apparently took place on June 5 but was published today.

Cook had previously avoided the question altogether, said vaguely that Apple was ‘exploring’ cars or told people to wait and see what the company had planned. He did, though, express more enthusiasm in this brief interview …

Cook told Bloomberg that the company was currently working on the AI technology rather than an actual vehicle, but didn’t rule anything out.

There is a major disruption looming there […] We’re focusing on autonomous systems, and clearly one purpose of autonomous systems is self-driving cars. There are others, and we sort of see it as the mother of all AI projects. It’s probably one of the most difficult AI projects actually to work on. And so autonomy is something that’s incredibly exciting for us.

Cook also described electric cars as ‘marvellous,’ but wouldn’t be drawn on whether the company would make its own Apple car.

We’ll see where it takes us. We’re not really saying from a product point of view what we will do.

Cook did, though, say that electric cars, autonomous systems and ride-sharing services were three ‘vectors of change’ happening in the same time-frame.