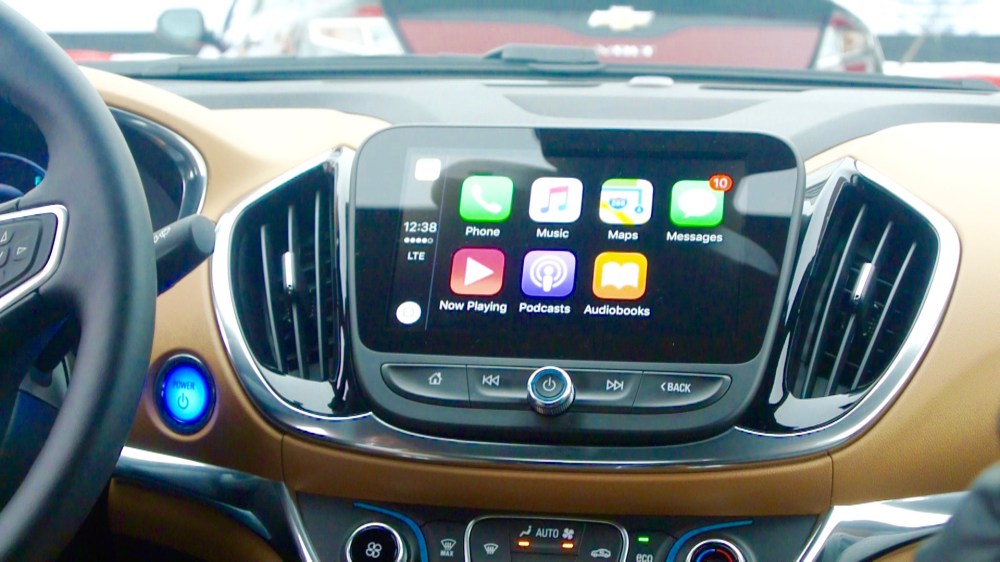 Tim Cook and company lead Apple’s annual shareholders meeting of 2016 this morning, and as usual there were some interesting questions and answers between those in attendance. Like last year, Apple’s rumored electric vehicle project came up, only the Apple CEO didn’t automatically defer to CarPlay this go around. Diversity and Apple’s ongoing battle with the FBI over encryption were also topics of discussion at the Cupertino meeting at Apple HQ.

It’s an open secret that Apple has been working on developing an electric car for quite some time now — even Tesla’s Elon Musk has framed the project as such — but Cook once again tried to downplay expectations at least on timing when asked about the Apple Car by a shareholder today (via Business Insider):

Whether or not Cook intended to characterize the project this way, calling the current development period ‘Christmas Eve’ doesn’t exactly deny that the Apple Car is coming eventually if the EV is ‘Christmas Day’ in this metaphor.

When asked earlier this week about the teams of people being hired to work on the car project, Cook explained generically that Apple doesn’t need to spend large amounts of money to “explore” an area, just people, further suggesting that the EV was in development stages and not near completion. Note that many of those exploratory teams were assembled through a poaching war between Apple and Tesla.

Compare Cook’s responses today, though, to his answers a year ago when shareholders asked about the Apple Car project and suggested that Apple should buy Tesla. Cook said at the time that modern cars make you “step in a time capsule and go back 20 years” and that Apple is very focused on CarPlay, adding that Apple had no relationship with Tesla which they believe should use CarPlay.

Aside from the Apple Car talk, today’s shareholders meeting included the usual business as well.

After highlighting the past fiscal year’s product and financial achievements, Cook disclosed that the company had spent $8.5 billion in research & development and made 19 company acquisitions during that time, USA Today reports.

We also learned that Apple’s global employee count has reached 116,000, as Cook disclosed during the meeting.

Reverend Jesse Jackson, who has a long relationship with Apple, was also in attendance and had high praise for Tim Cook and the company’s position on encryption and the FBI battle. Jackson called Cook “a man of integrity and character” while thanking him for standing up to the Department of Justice on behalf of customers.

“I recall the FBI wire-tapping of Dr. King and the Civil Rights and Black movements and organizations. We cannot go down this path again.”

Jackson also spoke about the necessity of inclusion during the meeting, adding that Apple has made inroads. Jackson and Cook have met numerous times over the years to discuss fair treatment of workers and diversity.

Continuing his message on strong encryption, Cook called himself “a staunch advocate” for customer “privacy and personal safety” during the meeting as well.

Cindy Cohn, a representative of the EFF, applauded Apple’s position (via Mercury News):

“It’s wrong for the government to force a company or a coder” to write code that weakens security, she said. The issue is about “our safety and government overreach.”

And pointing toward the future, Cook told shareholders that some employees should be able to move to the new Apple campus around January 2017, noting that Steve Jobs had dedicated himself to the project during his final years. Fair to say the next annual shareholders meeting could possibly take place at the new expanded campus.