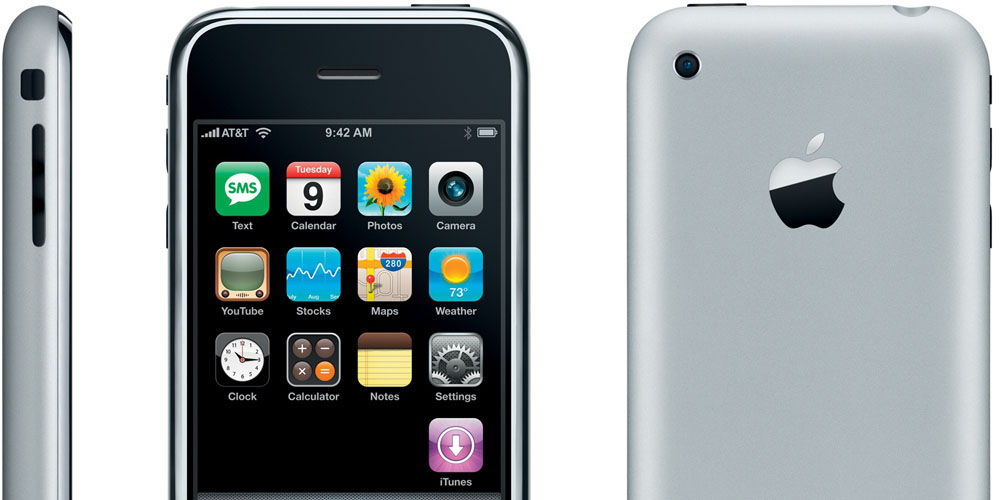 Update: The piece is now online.

Yahoo’s David Pogue will host the segment, which he says features some “great interviews” and a reunion of early iPhone reviewers: Walt Mossberg, Steven Levy, and Ed Baig.

In June 2007 Apple released the very first iPhone — an iPod, phone and Internet connection all in one, operated via touchscreen and as futuristic-looking as a sci-fi gizmo.  The earliest iPhone didn’t have all the features or apps it has today, but it was revolutionary nonetheless.

David Pogue, of Yahoo Tech, who was one of the very first journalists to play with the iPhone before its release, reports on the history of the personal device that changed the world.

In terms of announcement, the iPhone’s 10th anniversary was back in January, the 9th to be exact, but the device was officially released to the public on June 29th, 2007.

You can tune in to CBS Sunday Morning tomorrow morning at 9AM to catch their segment on the original iPhone and its progression over the last 10 years. Apple is expected to further celebrate the 10th anniversary of the iPhone with the all-new iPhone 8 later this year. Read everything we currently know about it here.

Set the Tivo! At 9 am ET tomorrow, "CBS Sunday Morning" airs my story about the 10th bday of the iPhone. Some great interviews… pic.twitter.com/SBIc9xgd4n