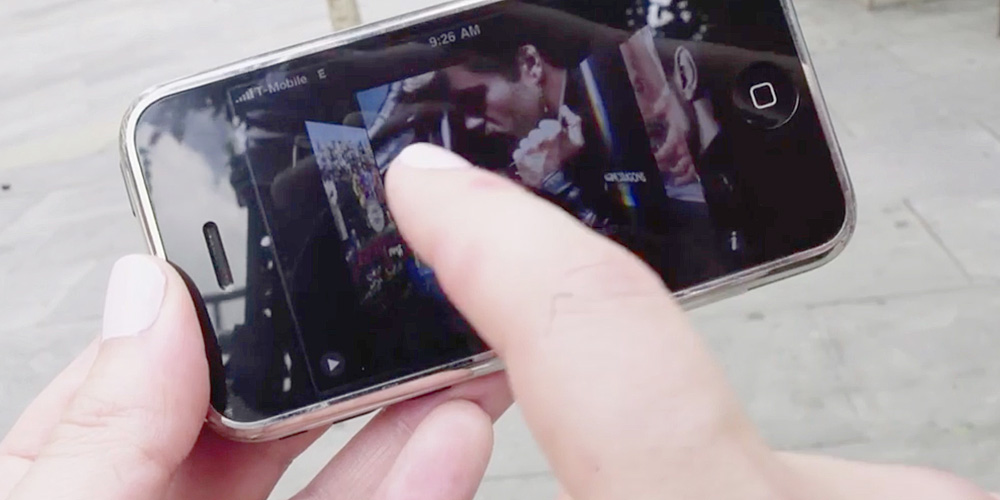 On yesterday’s 10th anniversary of the iPhone, the WSJ‘s Joanna Stern came up with an idea I wish I’d thought of myself: finding out what it would be like to live with the original iPhone today …

Her aim was to carry out the experiment for a week. As things turned out, she lasted just 12 hours – but said that the experience was amazing as well as frustrating.

I made it 12 hours—12 full hours of complete frustration and complete amazement […] What did I learn? In 2007, the iPhone was truly a technological wonder. Today, it is truly terrible. Actually terrible. When I called my mom, it was so muffled I wondered if she was in an airplane lavatory at 30,000 feet. (She wasn’t. Hi Mom!) But that’s the best part of being transported 10 years into the past: You can clearly see the mobile technology advancements we now take for granted.

She was of course swapping out LTE data speeds for 2G, reporting that it took almost a minute simply to load a Twitter feed and ‘you can already have eaten lunch by the time it loads your lunch-spot search results (“pizza”) in the Maps app.’

The display had visible pixels and washed-out colors. No predictive text. No Siri. No streaming music. No apps. Poor battery-life. No flash. No video. No selfie-camera. There were, she found, a lot of things we now take as read.

But she said the camera performance was still good in decent light. And she found the design cute, as did others who saw her using it. In the end, though, she drew the experiment to an early close.

Yeah, 12 hours of living in 2007 is about all I can take [thanks to] the slow 2G speeds, the battery-drain anxiety and no apps.

You can check out her video report below, and remind yourself just how much iOS has transformed over the years in yesterday’s look-back.