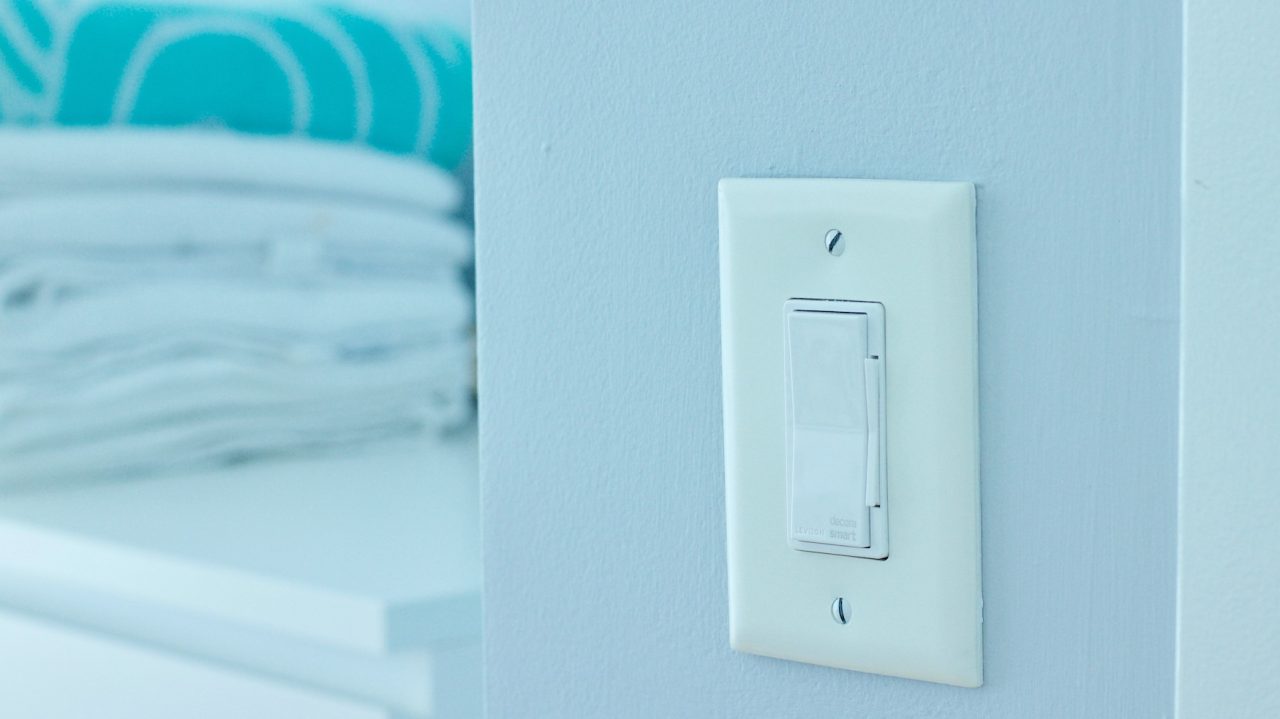 Before I had even moved into my new apartment a few months ago, I was already dreaming of ways to integrate HomeKit throughout the space. The number one priority being how to turn it into a not-so-obvious smart home. I didn’t want blinking LEDs littering my apartment, and I didn’t want guests having to question how exactly to turn on a light switch. It needed to appear like a regular apartment, but be HomeKit compatible.

The area I struggled with the most was the light switch. Through weeks of hunting I came across ones that required hubs, had obnoxious LEDs, or looked like alien light switches. Then came Leviton with its HomeKit compatible Decora Smart Switch and Dimmer. At first glance, they don’t even appear to be “smart,” which couldn’t be more perfect for my setup.

The team at Leviton was kind enough to send me both a DH15S-1BZ switch and the DH6HD-1BZ dimmer to get an in-depth review on the items. I only have four wall switches throughout my apartment, so two of the Decora Smart devices were enough for this test.

I settled on installing the switch in my kitchen, and the dimmer in my bedroom. My kitchen sports a strange LED tube light, so a smart switch seemed like the best way to gain remote control of it. As for my bedroom, those lights have been relying on Phillips Hue bulbs, and I’ve been dimming them through the iOS Home app (more on that below). 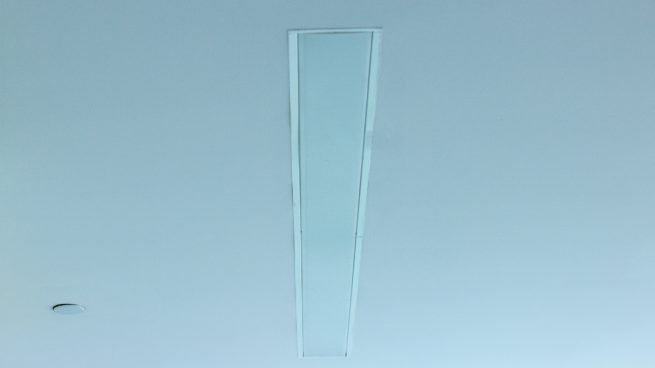 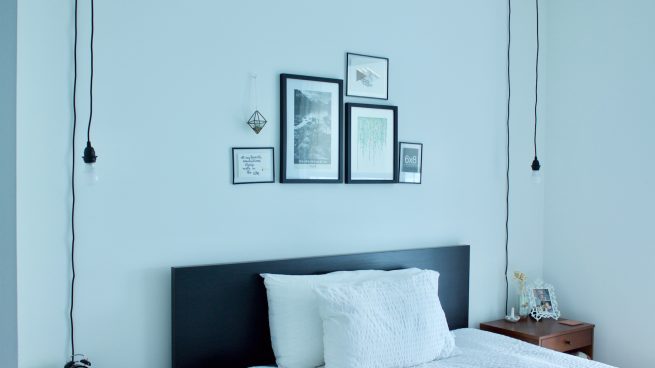 Thanks to the fact that the Decora Smart lineup doesn’t rely on a hub, I only had to replace my current “dumb” switches with these new ones. The scariest experience in setting up a smart home can be the moment you have to pull electrical wiring out of a wall. I had tackled the ecobee3 thermostat installation with no trouble, but unfortunately the new switch and dimmer didn’t turn out to be as easy.

After spending three days trying to understand how exactly I was missing a wire, I gave up and called Leviton’s support. In less than 3 minutes, from placing the call to hanging up, I had my answer. What I thought was missing, was actually hidden away under a wire nut. Leviton’s support team was more than understanding and knew immediately what to do. I should have called them from the get go…

Not five minutes after getting that wire connected, I was already adding the switches into iOS’ Home app. Using my iPhone’s camera I scanned the HomeKit code that came in the packaging, and added the switch and dimmer into my HomeKit home. 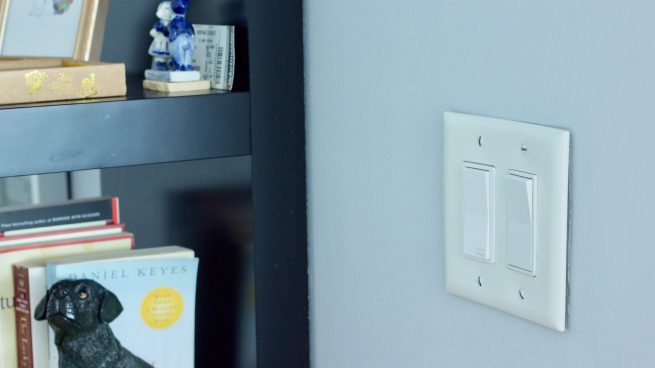 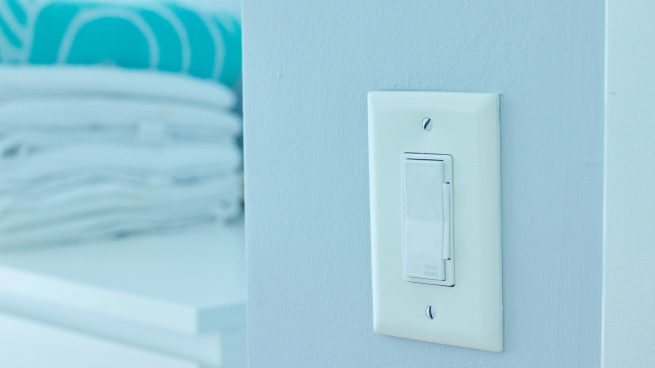 I mentioned I was not a fan of obnoxious LEDs on smart home products, so I was happy to see that the Decora Smart LED was user definable. Through the Decora Smart Home app, I disabled the LED and you can even switch it between other modes. You can also change the switch and dimmer’s bulb options between incandescent, LED, and CFL. While not a fan of having an app for every individual smart home product, I’m thankful for the fine-grained control.

In the app, the dimmer switch even includes options to control what the minimum and maximum dimming levels are. This brings me to weirder part of my smart home configuration. I immediately learned that the Decora Smart dimmer is not compatible with my Philips Hue bulbs. Using the Decora dimmer to control my lights caused the bulbs to flicker when it reached about 50%. To account for this, I changed the dimmer’s minimum level from 0% to 90% in the app. 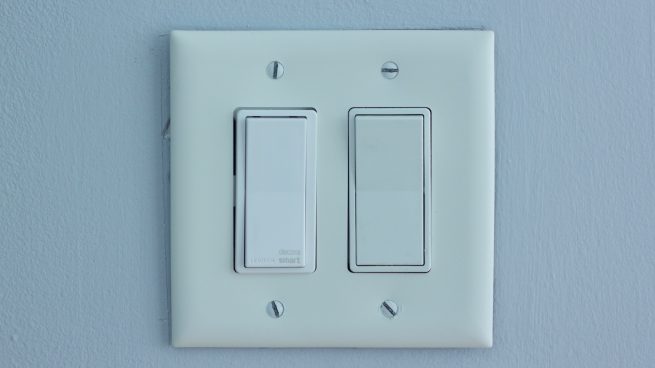 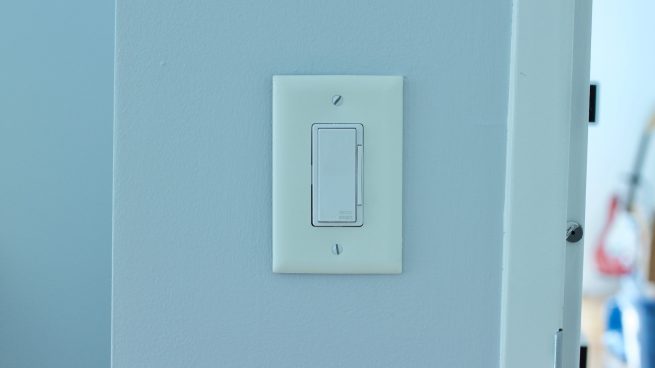 Had I gone out and bought these switches instead of having received them from Leviton I would’ve opted for all switches. Regardless, it was a nice test of different smart home device compatibilities. For now, I’ve replaced the Decora dimmer from my favorites in the Home app with the Hue’s dimming controls.

I’ve been using the Decora Smart switch and dimmer at home for the past few weeks now and I can say I’m happy with the results. Being able to control the switch manually, or from my phone has been a simple pleasure. It’s a small, but welcome addition to a more automated home.

Have any questions on the Decora Smart Switch and Dimmer? Let me know in the comments below and I’ll help get answers for all of them.