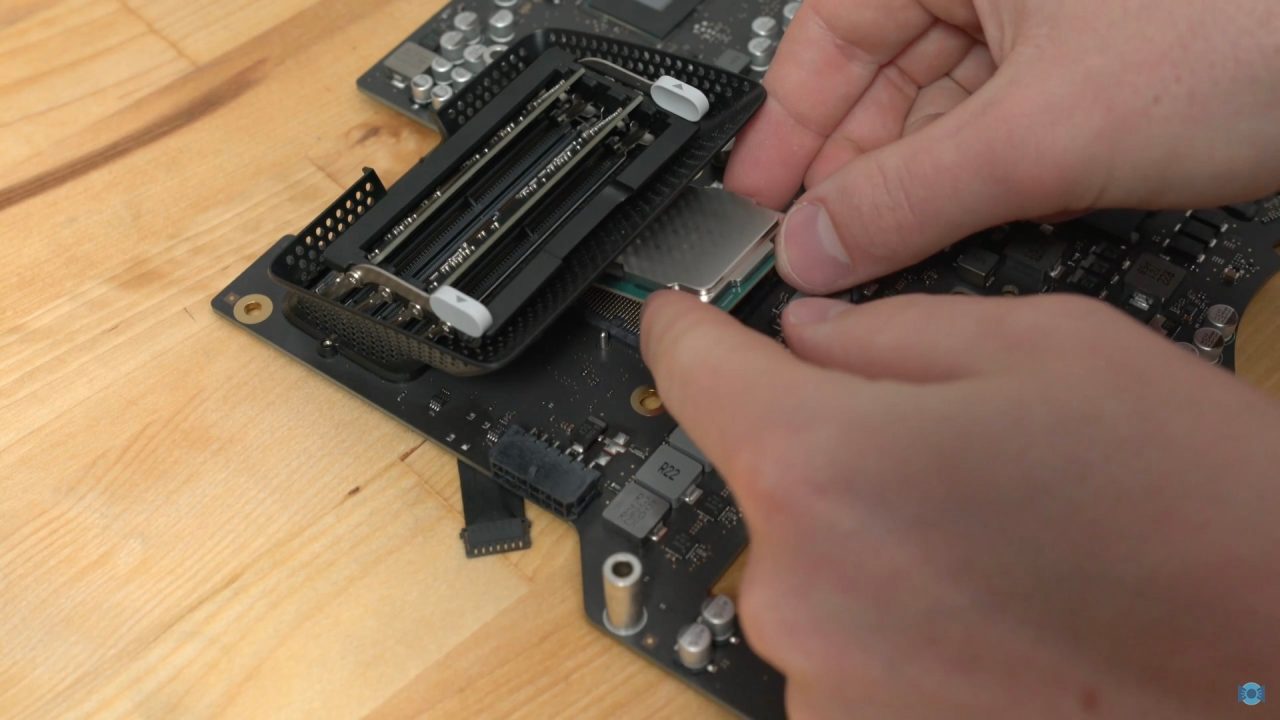 iMacs can’t be upgraded, right? Tell that to YouTuber Quinn Nelson, better known around the Interwebs as SnazzyQ. Nelson performed some intense surgery on his less than-a-few-weeks-old, $1,799 base-model Mid 2017 5K iMac. The result? He came away with a machine that performs better in some respects than the most expensive ($5,299 before tax) iMac you can currently buy.

It goes without saying that performing most of these upgrades voids your warranty and is not for the faint of heart. For example, upgrading the CPU involves removing the display, removing the speakers, logic board, and more. Once you get down to the bare bones of the machine, though, the CPU installation is basically just a swap.

The same premise goes for the NVMe SSD and the 2 TB 2.5-inch SSD that Nelson installed in his base-model iMac. All of the aforementioned upgrades require a level of confidence that most sane people who care about their pricey investments wouldn’t feel comfortable doing.

I’ve personally upgraded an iMac SSD in a pre-iFixit world, and it took me several hours from start to finish. Quinn states that his build took several weeks in all, but most of that time involved waiting on parts and planning out his video, which is excellent by the way. The actual work that he put in only amounted to an hour or so, but it obviously took a lot of research and planning beforehand.

The easiest part of his upgrade was the 64 GB of RAM. Thankfully, Apple threw users a bone by including a RAM door on the backside of the 5K iMac, allowing for easy RAM upgrades. Just a few weeks ago I upgraded my Mid 2017 5K iMac’s RAM from 8 GB to 40 GB, saving around $900 in the process.

Literally anyone can confidently do the 5K iMac RAM upgrade, and after comparing third-party iMac-compatible RAM prices to Apple’s, it’s the one upgrade that I recommend that all base model users do. 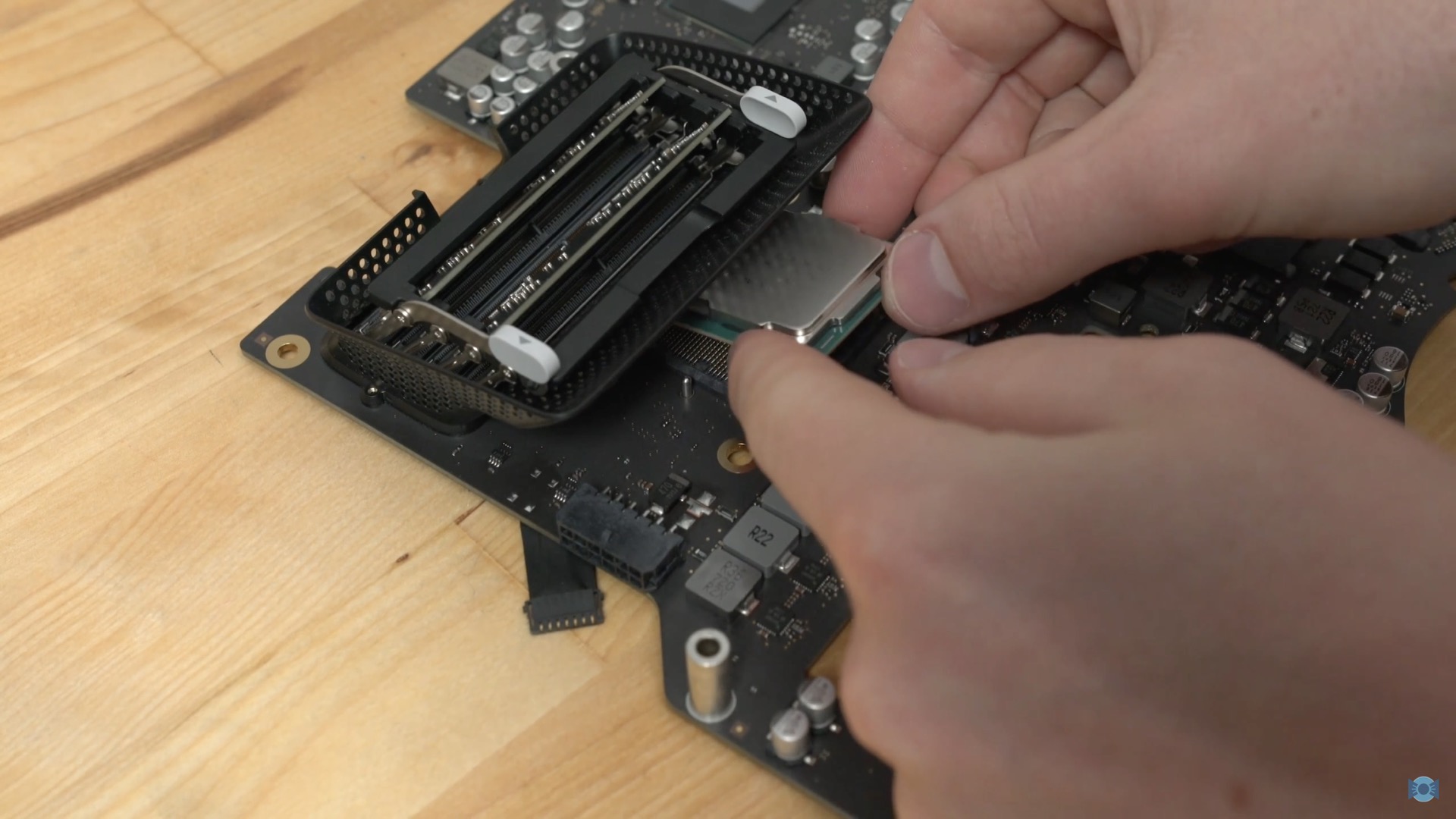 Something else to consider about this experiment is that the GPU found in the base model iMac is less powerful than the GPU found in the top of the line 5K iMac. Hence, when it comes to graphics performance, the most expensive iMac still reigns supreme, though neither will make your jaw drop. As Nelson points out, however, the Mid-2017 models include Thunderbolt 3, which means that future external GPU setups are a possibility. Watch our hands-on video with High Sierra’s native eGPU support for more details.

Regardless of the difficulty, it’s pretty impressive that persevering users are able to turn a relatively pedestrian entry-level iMac into a machine that hangs with, and in some cases exceeds the top tier iMac. Of course, you’ll need to buy the new CPU, RAM, and drives — Nelson spent $3,471 in all — but with a little diligence, some sweat, and likely countless tears, you too can build a top of the line iMac for relatively cheap…I just definitely wouldn’t recommend doing so.