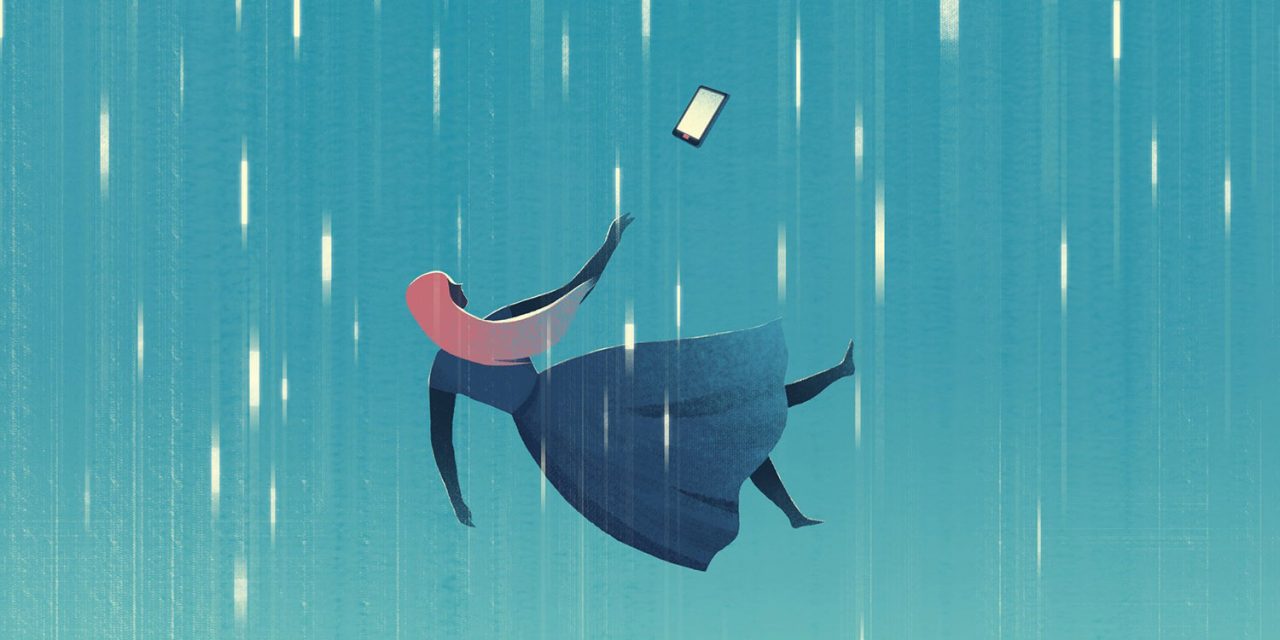 San Diego State University professor of psychology and author Jean Twenge has claimed that smartphone usage is having a radical impact on both the behavior and mental health of U.S. teenagers.

The arrival of the smartphone has radically changed every aspect of teenagers’ lives, from the nature of their social interactions to their mental health […] Rates of teen depression and suicide have skyrocketed since 2011. It’s not an exaggeration to describe iGen as being on the brink of the worst mental-health crisis in decades. Much of this deterioration can be traced to their phones.

Far from being the usual generalized complaint about teens spending too much time staring at their screens, Dr Twenge has plenty of hard data to support her contentions – made in The Atlantic, the magazine in which Laurene Powell Jobs recently bought a majority stake …

The long-form article, entitled Have smartphones destroyed a generation?, is packed full of graphs – each showing the launch of the iPhone as a reference point.

A 2017 survey of more than 5,000 American teens found that three out of four owned an iPhone.

They show that teens today spend far less time hanging out with their friends, fewer of them have a driving license, they date less, have less sex, get less sleep and are more likely to feel lonely.

There are also some stark statistics.

Teens who spend three hours a day or more on electronic devices are 35 percent more likely to have a risk factor for suicide, such as making a suicide plan […]

Boys’ depressive symptoms increased by 21 percent from 2012 to 2015, while girls’ increased by 50 percent—more than twice as much. The rise in suicide, too, is more pronounced among girls. Although the rate increased for both sexes, three times as many 12-to-14-year-old girls killed themselves in 2015 as in 2007, compared with twice as many boys. The suicide rate is still higher for boys, in part because they use more-lethal methods, but girls are beginning to close the gap.

Twenge is quick to note that smartphones are not the only factor, but she argues that it is a key one.

Parenting styles continue to change, as do school curricula and culture, and these things matter. But the twin rise of the smartphone and social media has caused an earthquake of a magnitude we’ve not seen in a very long time, if ever. There is compelling evidence that the devices we’ve placed in young people’s hands are having profound effects on their lives—and making them seriously unhappy.

And far from the common belief that kids grow up too quickly these days, she argues that the opposite is true when you examine common markers like going out without their parents, earning their own money and starting to date.

The piece is illustrated with depressing examples of behavioral changes.

One of the ironies of iGen life is that despite spending far more time under the same roof as their parents, today’s teens can hardly be said to be closer to their mothers and fathers than their predecessors were. “I’ve seen my friends with their families—they don’t talk to them,” Athena told me. “They just say ‘Okay, okay, whatever’ while they’re on their phones. They don’t pay attention to their family.” Like her peers, Athena is an expert at tuning out her parents so she can focus on her phone. She spent much of her summer keeping up with friends, but nearly all of it was over text or Snapchat. “I’ve been on my phone more than I’ve been with actual people,” she said. “My bed has, like, an imprint of my body.”

There’s the now common portrait of social media usage making people feel unhappier as they compare their own lives with the self-curated online version of the lives of their peers.

Today’s teens may go to fewer parties and spend less time together in person, but when they do congregate, they document their hangouts relentlessly—on Snapchat, Instagram, Facebook. Those not invited to come along are keenly aware of it. Accordingly, the number of teens who feel left out has reached all-time highs across age groups. Like the increase in loneliness, the upswing in feeling left out has been swift and significant.

Twenge doesn’t have any easy solutions. She acknowledges that it’s not realistic to expect teens to dramatically curtail their usage of electronic devices or social media. But she suggests that modest changes could help.

The whole piece is well worth a read, especially for parents.