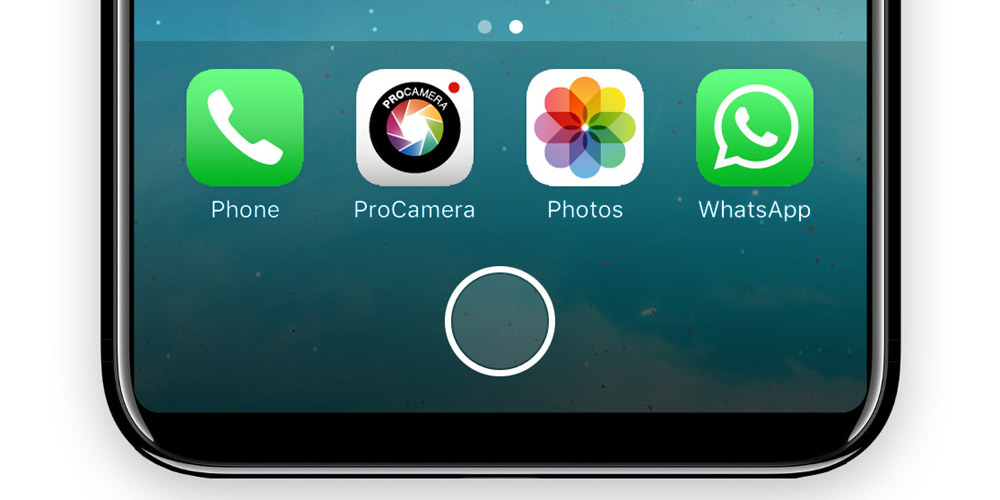 The HomePod firmware accidentally made public by Apple, which replicates code apparently intended for the iPhone 8, is proving a goldmine of information. Just yesterday, we learned that it is likely to support ultra-slow-mo video capture of 240fps at 1080p (compared to 720p for the iPhone 7) and more.

Today, Steve Troughton-Smith has been digging into the code for a virtual Home button …

In a tweet, he said that the code reveals that the Home button can be resized on-screen, and that it can be hidden.

An earlier KGI report had suggested that the bottom part of the display might be limited to a ‘function’ area along the lines of the Touch Bar on the MacBook Pro. This code doesn’t answer the question with any degree of certainty, though it does reveal that apps which use bottom tab bars – and perhaps status bars – will be displayed above the Home button. This does tend to suggest that the area around the Home button may be reserved for system functions rather than app use.

There is no sign of an API to change the color of the Home button, so it will need to be displayed in a way that guarantees good contrast with all background colors.

We know some facts re iPhone 8 home button area:

In a subsequent tweet this morning, Troughton-Smith provided the notch height and widths of the curved corners, allowing designer Oliver Charavel to create a mockup of the screen (below). The info displayed around the notch is merely illustrative – there is no indication as yet what Apple plans to display there.

Again, we have to caution that all this is simply code captured at one point in time that represents things that can be done, rather than providing any guarantee that it describes the actual functionality of the iPhone 8. But at this point, it seems to give a pretty good steer.