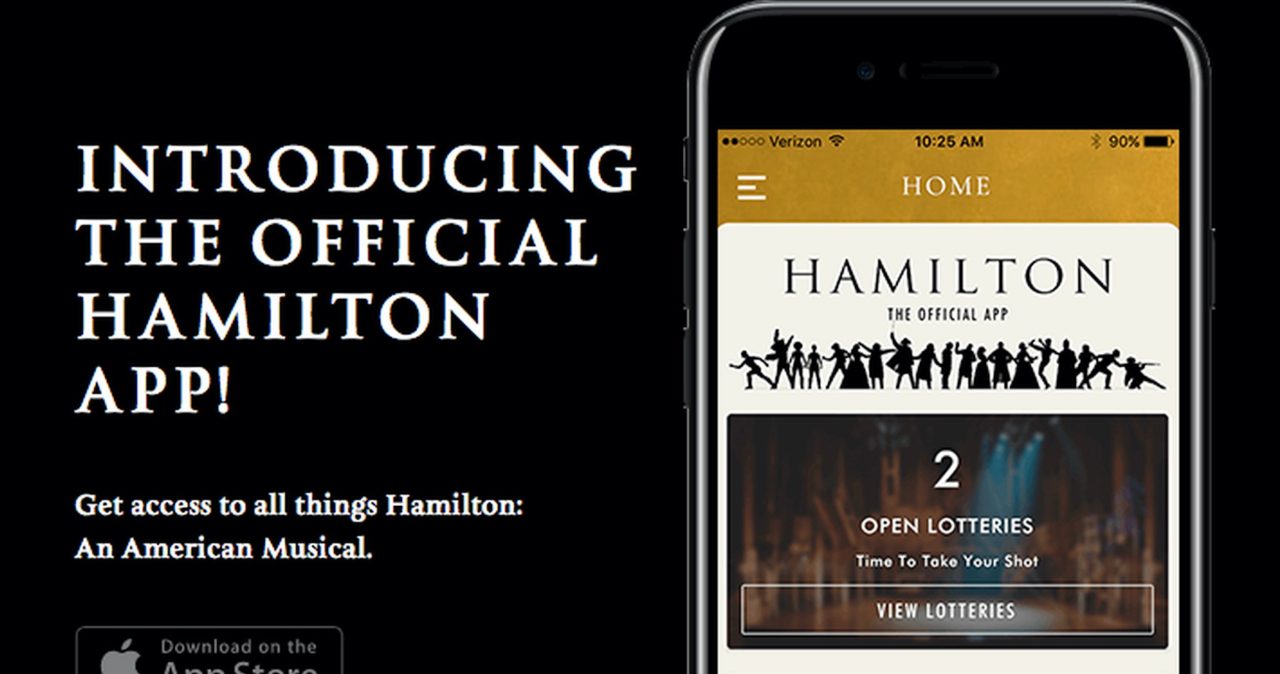 The app’s most useful feature is entering $10 ticket lotteries. Entering the lottery gives you a shot at winning a ticket to see the show, which as most people know, can be quite expensive otherwise. The app will support Hamilton production lotteries in all cities, including Los Angeles, Chicago, New York, and the touring production.

In addition to ticket lotteries, the app also supports some interesting filters that allow you to dress up as Alexander Hamilton, your favorite Schuyler sister, or put your face on the $10 bill.

In the future, Miranda says the app will gain karaoke versions of hit Hamilton songs, some sort of augmented reality features, and “exclusive” access to tickets.

HelloHelloHello! We made you this! Read, watch, answer, enter, order — This app is yours. And we’ve got so much more up our sleeves! I love you. Okay, go! -Lin

Stickers Share fun show-related stickers with your friends and family.

News Be the first to know about ticket updates and everything Hamilton.

The Hamilton app is available on the App Store for free.