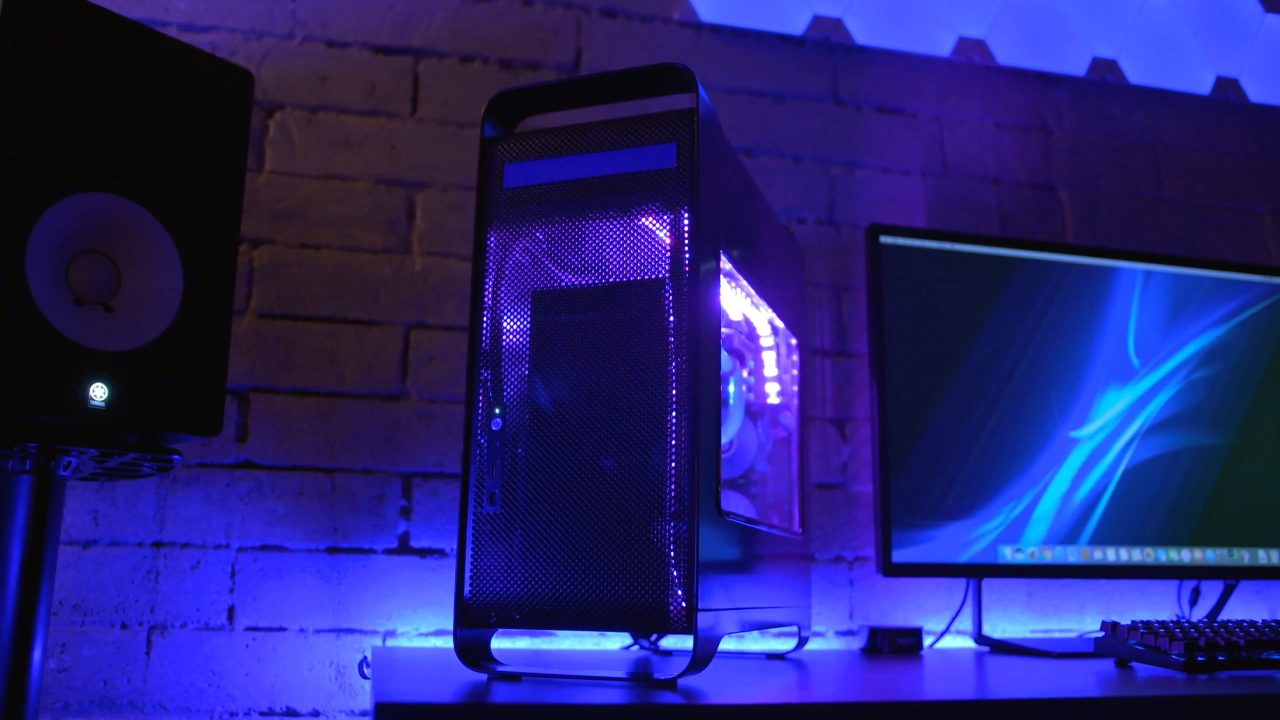 When you think of Hackintosh build, you may generally think of an Intel-powered rig in a big and bulky PC enclosure. That’s not the case for friend of the site Dom Esposito’s build, which took over a month to put together. His Ryzen-powered Hackintosh is neatly nestled inside of a custom Power Mac G5 case, providing a unique take on a Hackintosh build both on the inside and outside.

A water-cooled, overclocked 8-core AMD Ryzen 1700 CPU serves as the brains for Esposito’s build, along with an Nvidia GTX 1080 Ti serving up the graphics. As you might expect, multicore operations benefit from the added CPU power, and tasks enhanced by the graphical prowess of the 1080 Ti reaped benefits as well.

However, Final Cut Pro X performance can be a mixed bag for systems powered by an Nvidia GPU. Timeline operations, like scrubbing about and performing edits did well, but export times still lag quite a bit behind Intel Quick Sync hardware encoding on a machine like the MacBook Pro. Obviously, apps that benefit from CUDA, such as Adobe Premiere Pro, are enhanced by the presence of an Nvidia card like the 1080 Ti.

This amazing machine continues a trend of new Hackintosh builds based around Ryzen CPUs, which can only be a good thing for those looking for cost-conscious multicore performance and variety. It’ll be interesting to see what future moves Apple may make regarding CPU selection now that AMD has reestablished itself as a major disruptive force in the industry.