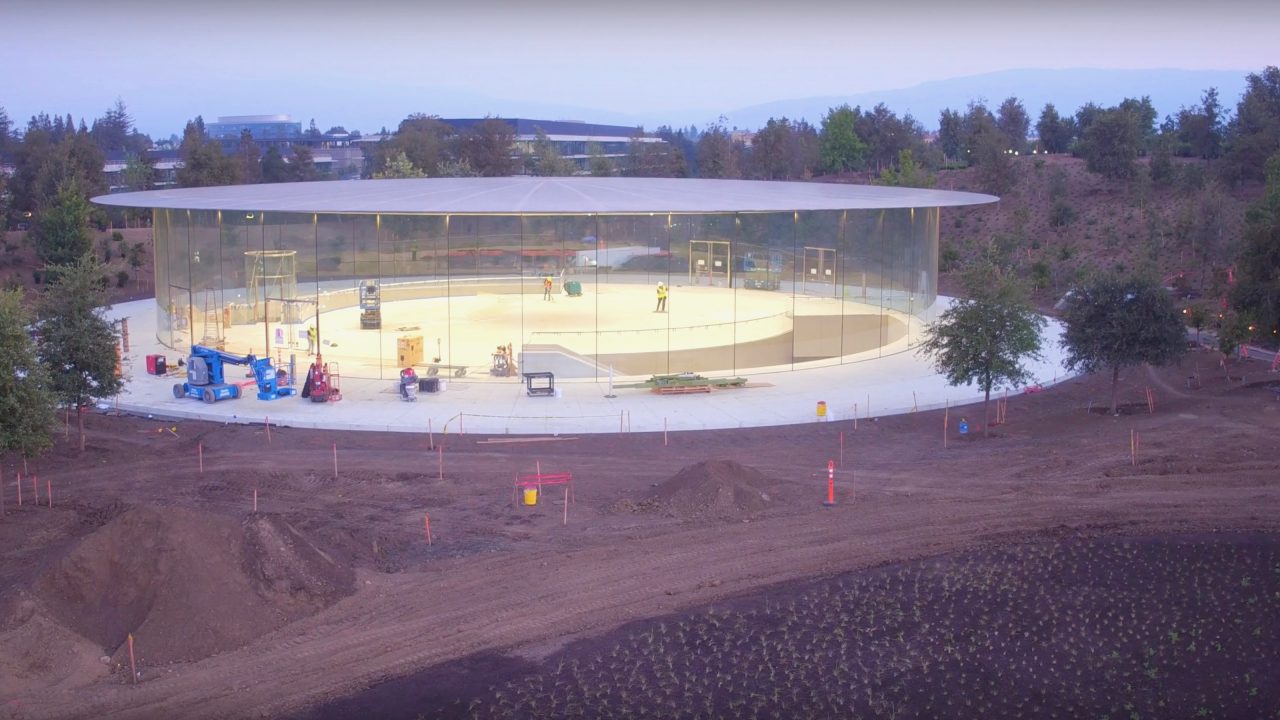 YouTuber Duncan Sinfield is out today with his latest drone footage of Apple Park. While it may be unlikely, the video gives a glimmer of hope that Apple could hold its September event at the beautiful Steve Jobs Theater.

It looks like Sinfield shot the video around dusk, but there is still progress from the flyover we saw last week that will catch your eye.

First, there are some areas of Apple Park where sod or possibly some artificial turf has been installed. The new bright green patches stand in stark contrast to a lot of the campus which is still covered with dirt and machinery. The lush green areas also make it easier to notice just how many trees Apple has planted at Apple Park.

About halfway through the video below, we see the Steve Jobs Theater. A handful of workers are still making progress inside into the evening hours and the perimeter shows more progress. Around the theater the earth looks to be freshly leveled and staked off, possibly ready for concrete soon? There is also a patch of dirt that looks like it was freshly planted and watered.

It may be unlikely, but the footage of Steve Jobs Theater seems to give a bit of hope that if Apple really wanted to, it could have the venue ready for its September event.

Toward the end of the video we see a good amount of lights on in the spaceship the from the Atrium view, along with another shot of the vast amount of trees and greenery.

What do you think, is there chance Apple will hold its September event at Steve Jobs Theater? Or will it wait until 2018 to use the new space?