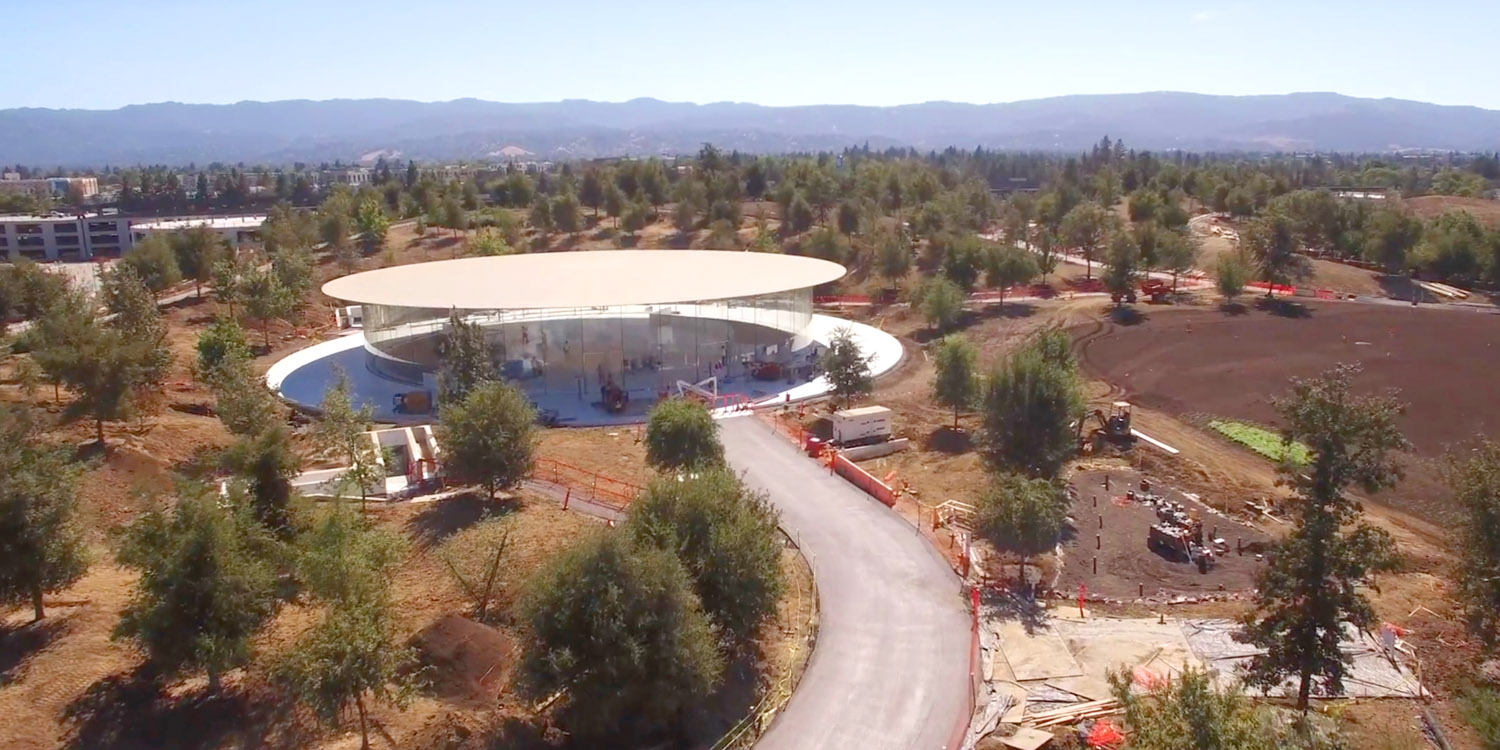 Matthew Roberts is back with his latest 4K drone footage of Apple Park – including a closer look at the atrium of the Steve Jobs Theater.

Visible construction progress tends to be rather uneven in nature. There’s a lot of largely invisible foundational work in the early stages, and then right at the end we see a lot of rapid changes as the finishing touches are applied and construction equipment removed …

Right now, though, we’re at a point where visible progress is rather slow, most of the site not looking too different to the previous update.

There are still some finishing touches being applied to the roof, but the solar panels appear complete. Once these are all operational, they will generate 17 megawatts of power during peak daylight. This will provide around 75% of the campus power needs, the remainder being generated by on-site fuel cells.

Energy usage is reduced by a ventilation system that allows natural airflow, with the shades above the windows helping keep the building cool. Apple believes that no artificial heating or cooling will be needed for nine months of the year.

The Steve Jobs Theater has the auditorium area we can see in the video, whose carbon fiber roof is entirely supported by glass panels. Stairs lead down to the stage area, where there is seating for 1,000 people. There will also be parking for 350 vehicles.

Two large R&D buildings can also be seen on the southern edge of the campus, which will house the industrial design and human interface team headed by Jony Ive.

We’ve recently had some sneak peeks inside the building thanks to Snapchat videos and photos posted by construction workers. Jony Ive shared some of the design details in a recent interview, and his comments implied that all employees will have moved to the new campus by the end of the year.