In a new interview with the Wall Street Journal, Apple’s design chief Jony Ive details various elements of Apple Park including a few tidbits we haven’t heard before. Ive’s interview will be the cover story on the WSJ Magazine’s August issue.

Although the piece does not say when Apple Park will be fully up and running, it does say that Ive’s design team will move over in the fall, scheduled as ‘one of the last’. This suggests that Apple is aiming to have all employees at Apple Park by the end of the year.

Ive is entranced by the idea that employees can ‘simply’ walk to where they want to go with everyone in one place. The parking structures are a quarter of a mile away from the spaceship ring; employees can walk, bike or catch a ride on electric golf carts and commuter shuttles.

The article says Ive wanted as few floors as possible to avoid the need for elevators; Apple Park has four floors with stairways. The Apple Watch team is situated on the third floor, whilst the fourth floor is home to Ive’s design studio and executive suites. 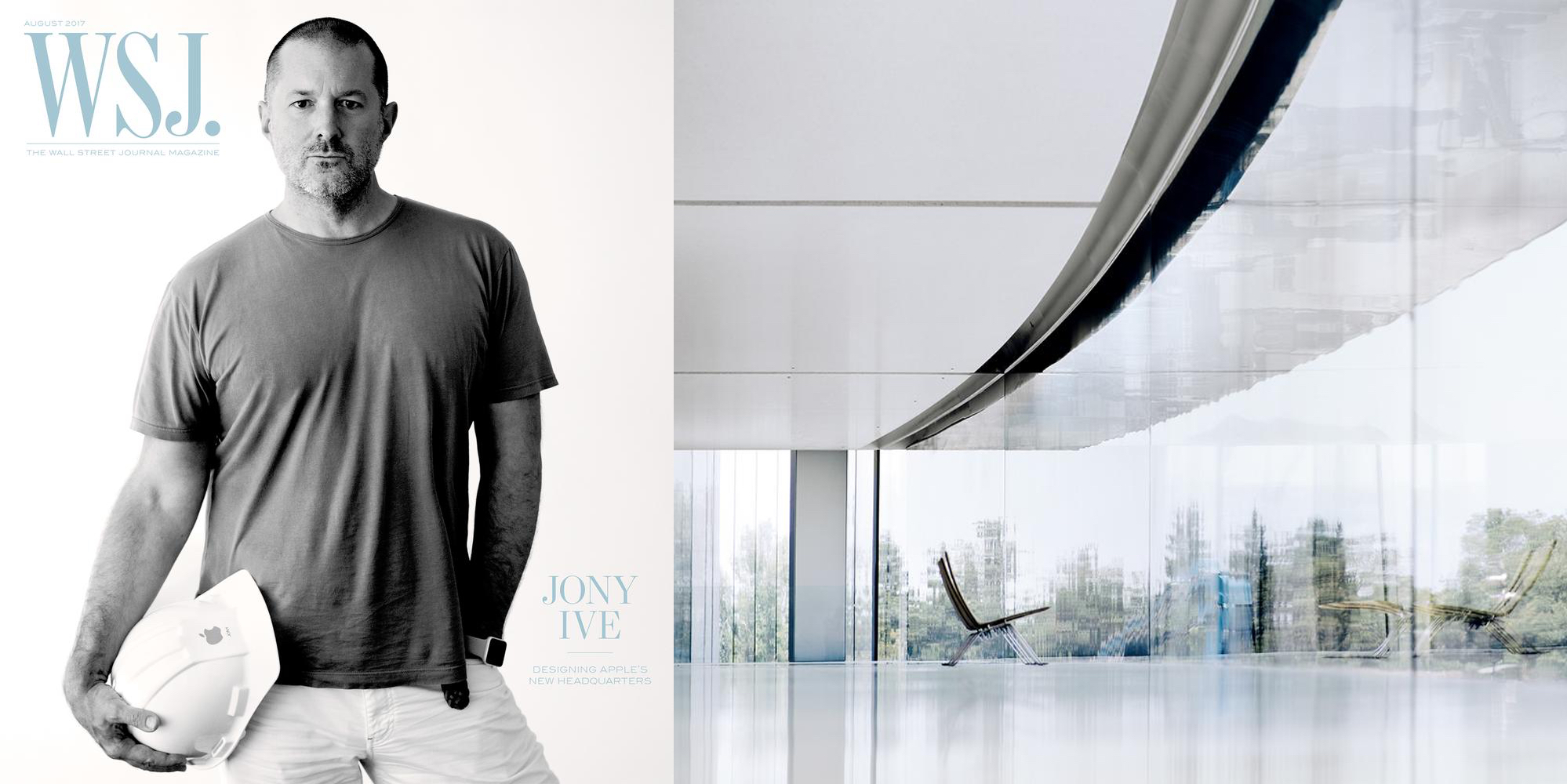 Ive explains how the main Apple Park ring is a repeated series of similar pods, so there was ‘pragmatism in the building’. Apple designers and architects built prototypes of small sections to test out various designs before committing to the full build. At this stage, one of the prototypes revealed a problem: the central area was too noisy with sound bouncing off the walls. To counteract this, the final design uses pin-hole perforated walls to absorb sound.

Another major element of the new campus is the Steve Jobs Theater, which Apple publicly christened in February. The underground theatre will host product events for new Apple announcements as well as internal meetings, seminars and concerts for employees to watch.

Ive takes offense at the idea that he hasn’t already thought of every detail during the years of planning Apple Park. He scoffs at an article claiming that Apple contributed to a tree shortage in the Bay Area by buying up so many plants for the campus, “as if we’d got to the end of our project and we thought, Oh, we’d better plant some trees.” Apple began working with an arborist years ago to source trees, including varieties that once made up the bountiful orchards of Silicon Valley; more than 9,000, many of them drought-resistant, will have been planted by the time the campus is finished.

The article portrays a sense of perfection, although it airs some reservations from engineers that the open-plan workspaces will be too noisy and distracting. The pods feature sliding whiteboard walls in the middle to give some separation, “but ‘some of the engineers are freaking out’ that it isn’t enough, says Whisenhunt.”

It also says that the glass fins are unexpectedly reflecting green light from the surrounding trees and foliage, something Ive did not plan for. The article does not say whether this unintended consequence is beneficial or not.

You can read the full article on the Wall Street Journal’s website. Whether Apple Park will be complete enough for Apple to host its iPhone 8 event at the Steve Jobs Theater remains to be seen. The latest drone video does indicate that the site is nearing completion (although much of the landscape is still bare as all the trees have yet to be planted).