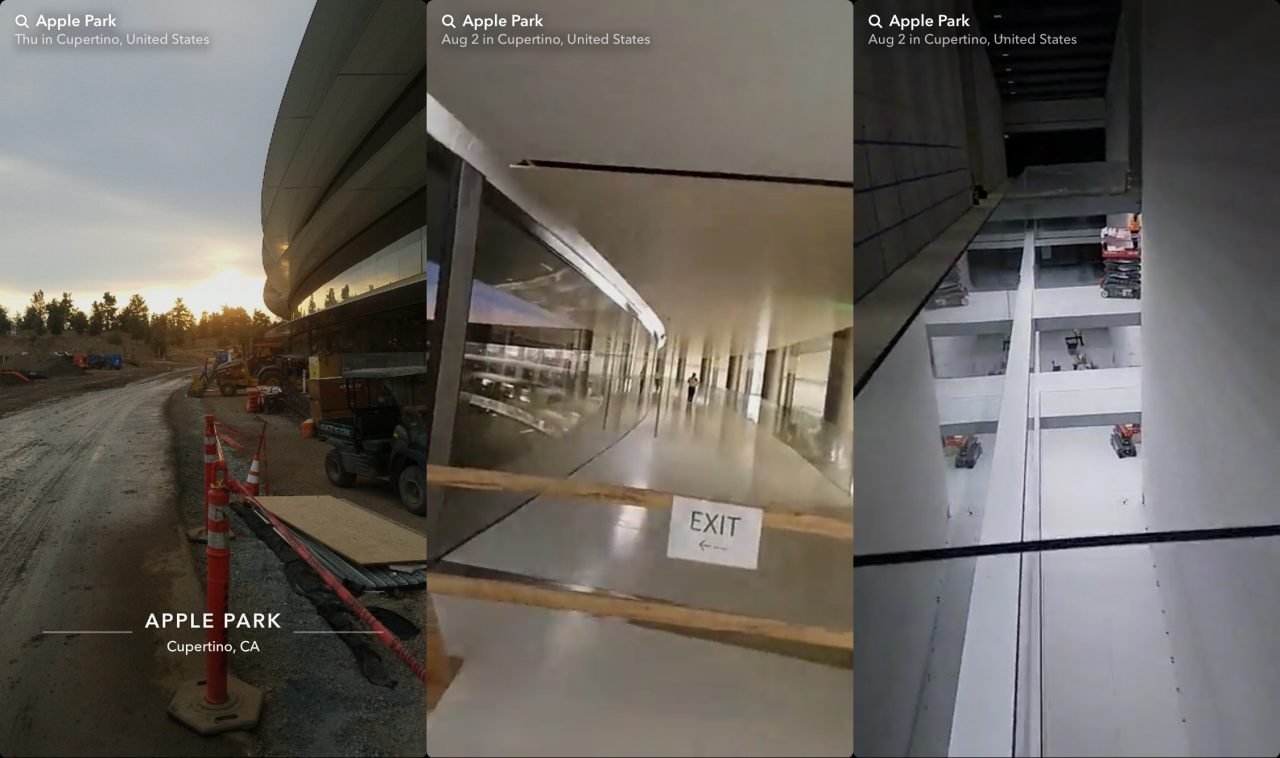 As noted this morning on Reddit, workers on the Apple Park campus site are posting photos and video snaps to Snapchat for the world to see. Whilst this openness surely isn’t endorsed by Apple, it seems to have been going on for a long time unnoticed with snaps going back weeks. There is enough for it to appear on the ‘Snap Map’ as a heat spot at least.

The images don’t reveal too much, although the interior videos of the work-in-progress pods definitely give off a dystopian vibe. To see these pics for yourself, search for the ‘Apple Park’ story in the Snapchat app.

Apple is slowly moving staff over to the new campus with the project expected to be completed by the end of the year. You can see the PR-sanctioned images of the Apple Park interior in this recent interview with Jony Ive.

Ive said that the design team will be one of the last groups to move across from Infinite Loop, sometime in the fall. There has been much speculation about whether the Steve Jobs theatre, an underground auditorium which will seat about 1000 people, would play host to the iPhone 8 Apple event (expected in early September).

We don’t know for sure yet but it seems like the campus is still too ‘unfinished’ for Apple to want to use it as a media event location; many segments of the main building need to be furnished and the grounds are still waiting for trees to be planted in most places. It’s hard to know from the outside whether the Steve Jobs theatre itself is in a presentable state yet, as it is mostly hidden underground.

TBF Apple Park does look like a spaceship here pic.twitter.com/yjNehUQlIM