The iPhone will see massive growth in 2018, predicts Guggenheim, tailing off into 2020 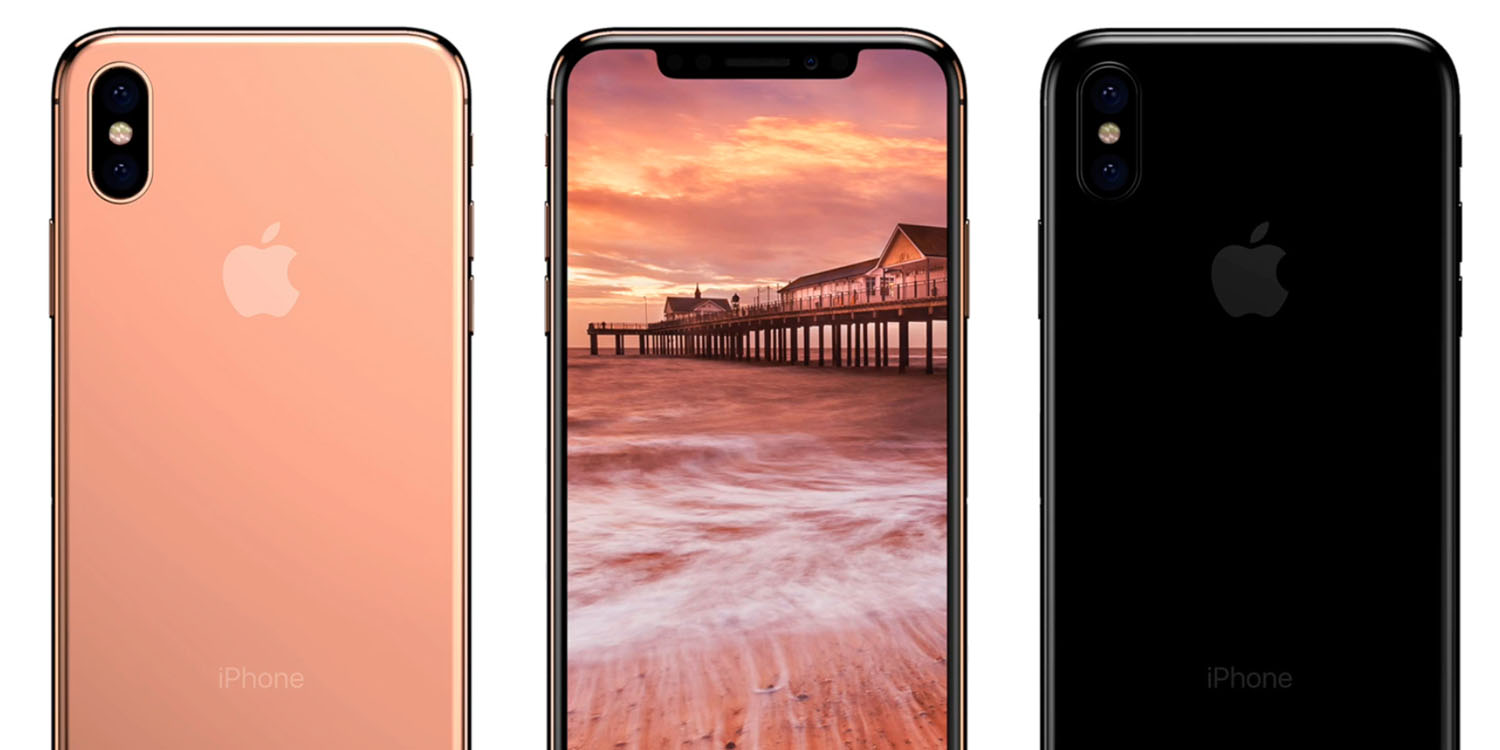 Last year wasn’t the greatest one for Apple, with all of its hardware lines – iPhone, iPad and Mac – experiencing year-on-year declining sales. Guggenheim Securities believes that there’s both good news and bad ahead.

The good news, it says, is that the iPhone 8/Edition/X will see massive iPhone revenue growth in 2018 …

In a note seen by Business Insider, Guggenheim predicts a return to growth this year, based on the launch of the new flagship model, followed by dramatic growth next year – though not topping that seen when Apple finally made larger-screen models with the launch of the iPhone 6 and 6 Plus.

Interestingly, analyst Robert Cihra predicts that the iPhone will experience further growth in both 2019 and 2020, though he does see it tailing off at that point.

The firm included a chart which shows growth rather than sales. 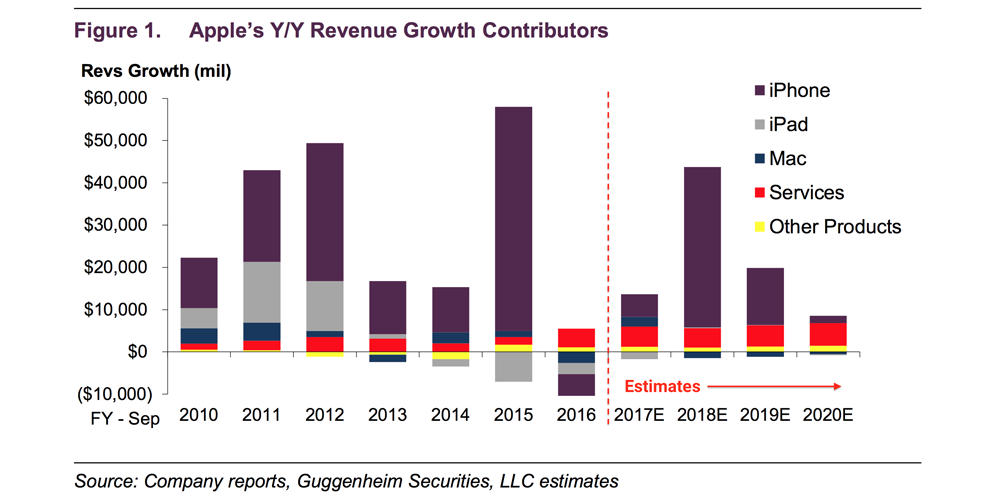 The predictions for this year and next seem more reliable than those further ahead. While I’m sure that lots of number-crunching goes into these forecasts, it seems pretty absurd to be making iPhone revenue forecasts three years ahead when we have no idea what Apple may have up its sleeve that far out.

Historically, the iPhone has been by far the biggest cash cow for Apple, accounting for around 62% of the company’s revenues. Cihra sees this hitting 66% over the next few years, with Services the next biggest component.

We see Services contributing the next 25% of Apple’s growth, as its second-largest business (we estimate 13% going to 15% of revenue). We estimate Services consistently adding 2% points to Apple’s annual revenue growth and 3-4% points of annual profit growth through FY20E.

While the consensus view on Wall Street is that this year’s flagship phone will generate a huge surge in sales, there is disagreement on the details. Barclays was among the more pessimistic, arguing that only 18% of iPhone buyers would spend a four-figure sum on this year’s phone, with many switching to Samsung. A Fluent survey suggested that while many iPhone owners agreed that $1000 was too expensive, a full 70% wouldn’t consider switching brands.