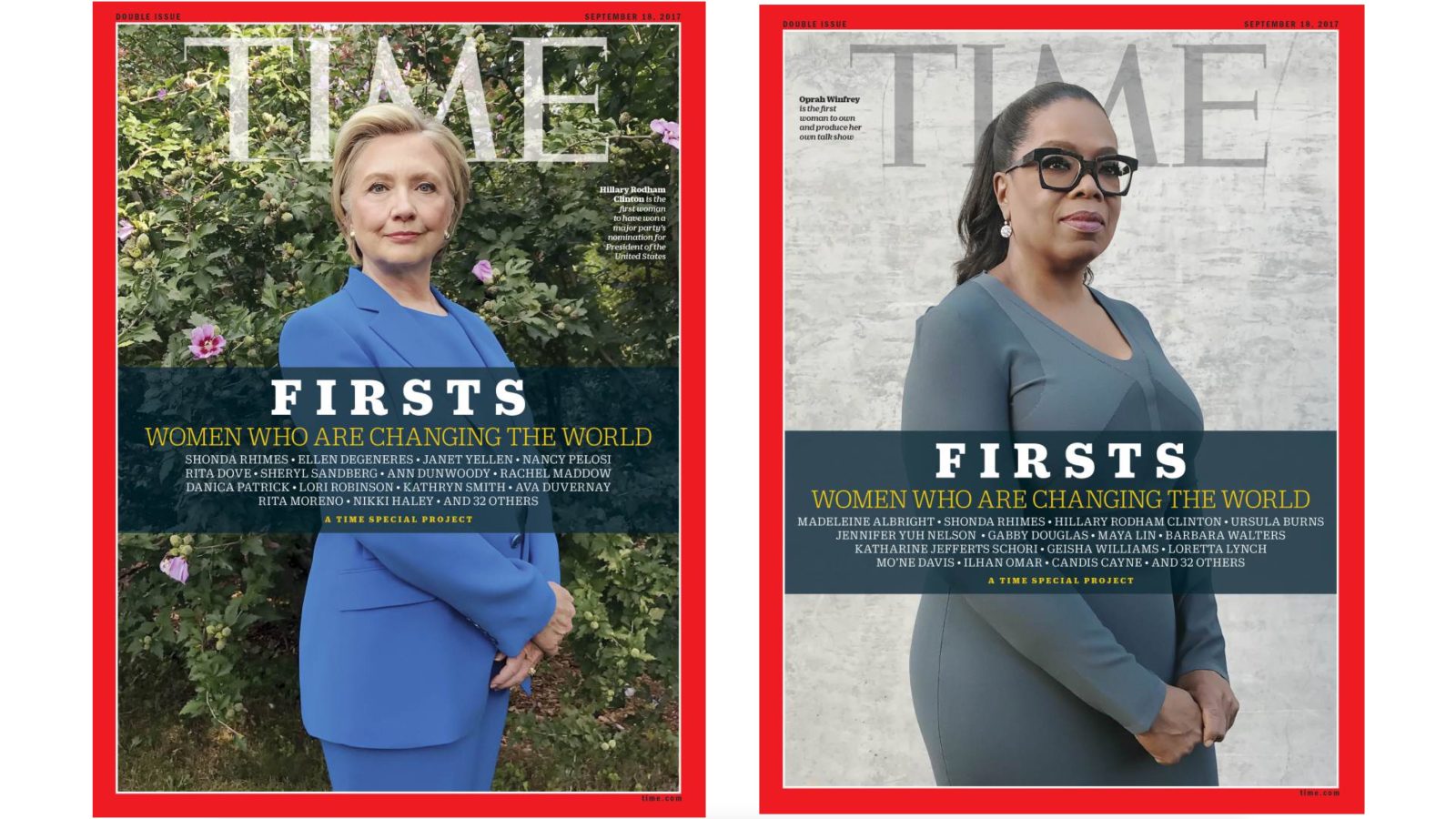 iPhones have been used in a multitude of different photography projects, including many magazine covers, movies, and more. Now, Time explains that it has exclusively used an iPhone to shoot its “Women Firsts” edition this month…

Time Magazine this month is highlighting “women who are changing the world” by telling stories of women such as Shonda Rhimes, Ellen Degeneres, Hillary Clinton, Nikki Haley, and more.

The photographer responsible for all of the portraits in this month’s Time Magazine is Luisa Dörr, a 28-year-old who is making a name for herself on Instagram with her photographs that are exclusively shot on an iPhone.

She explains in an interview with Time that the decision to shoot exclusively with an iPhone was met with confused reactions by many of the powerful women shoe photographed for this project:

Photographing people on the street and my friends with the iPhone is one thing. Photographing powerful, famous women is quite another. At first, it was difficult. The subjects were surprised to see someone like me. I felt like they were expecting to see someone older and more senior, with a few assistants and many cameras and lighting setups.

>Usually we didn’t have very much time with the subjects, because they have extremely busy schedules, so the photographs had to be taken quickly.The shortest shoot was two minutes and the longest shoot was 20 minutes, but most shoots were around five to 10 minutes.

She also says that she used an iPhone 7 for the majority of her shots, but some were from devices as old as the iPhone 5. She also says she uses the first-party Camera app wtith HDR:

I used my iPhone 5 for the first portrait session of Mary Barra, and then changed to the iPhone 6, and then the 6S Plus. During the course of the project, the iPhone 7 was released, so I was able to photograph the last 36 subjects with the iPhone 7.

I use the regular camera, in the square format. And because in FIRSTS we were working with natural light and it was complicated to play around with even a little bit of light control, I started using automatic HDR. In Janet Yellen’s portrait, for instance, with HDR I can have detail in her face and in the sky.

It’s a pretty interesting story and the full coverage is definitely worth a read on Time: