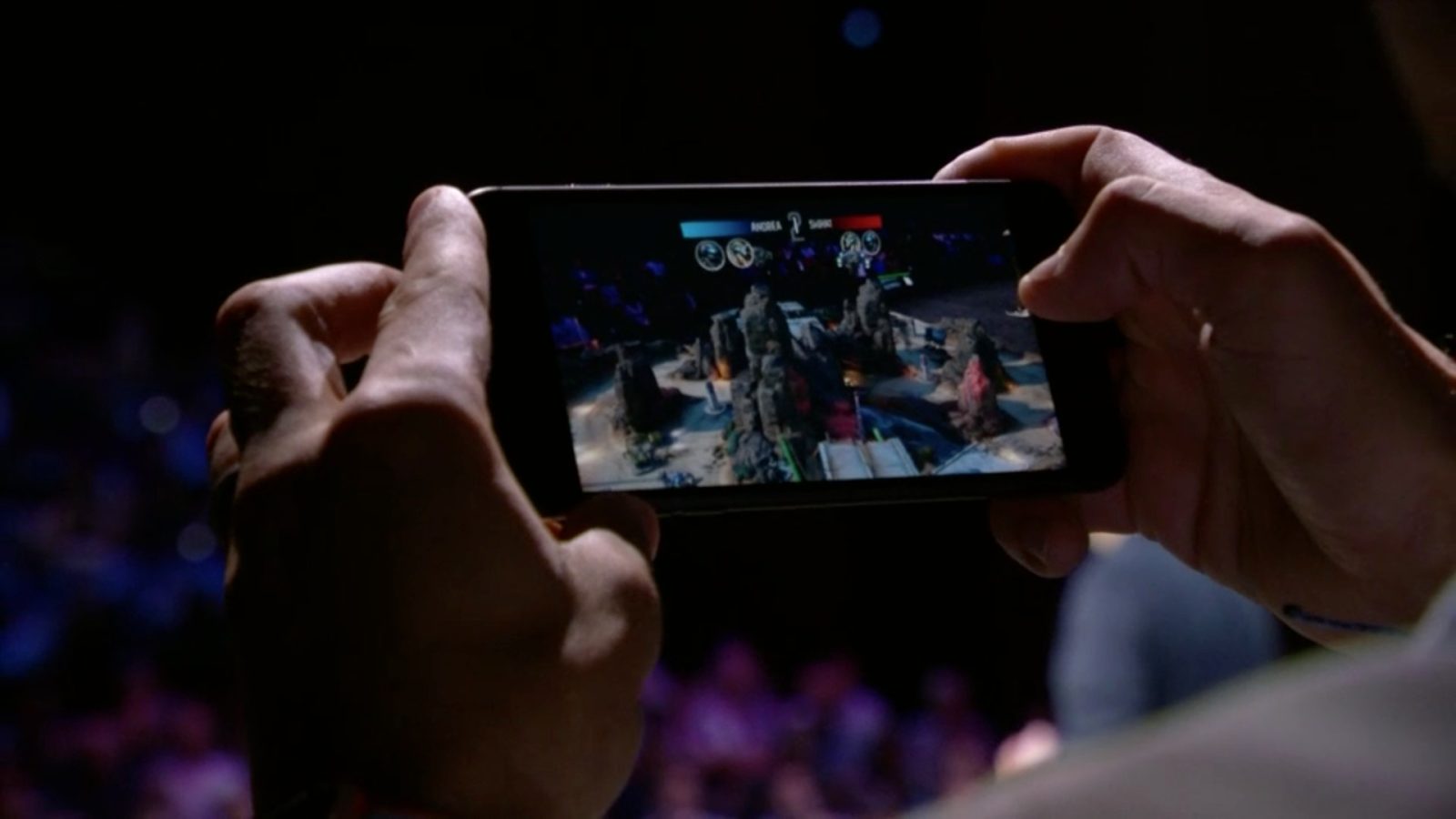 During Apple’s Special Event today, they used some onstage time to demo off the power of ARKit and Augmented Reality in the new iPhone 8. Apple announced that each camera on the new iPhone 8 is individually calibrated to work as best as possible within ARKit.

Starting off showing a mech-style fighting game where players could start battling right on the field wherever they are. A more impressive example quickly followed up showing what AR can do in a live baseball game. By utilizing ARKit, users will be to view live player cards and details through their phone’s camera.

Directive Games got on stage to demo off their new game The Machines. Coming exclusively to the App Store later this month, the game is an ARKit competitive multiplayer tabletop game.