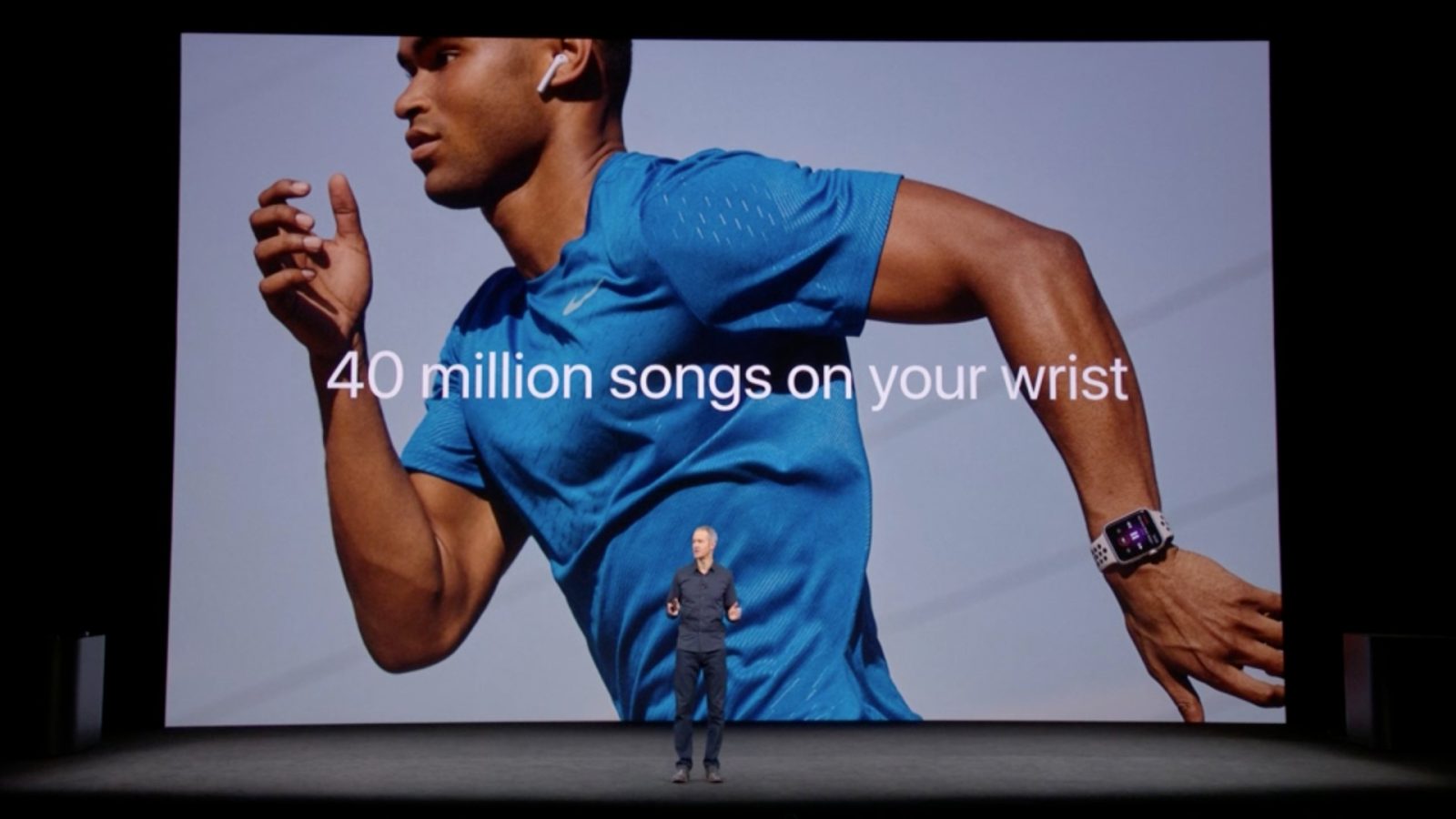 Along with other videos it shared during Tuesday’s event, Apple today has uploaded an Apple Watch Series 3 advertisement to its YouTube channel. The video – which comes in at 1 minute long – highlights the LTE capabilities of Apple Watch Series 3, including support for Apple Music…

The video which was shown during Tuesday’s event features an Apple Watch user skateboarding through a train station while wearing AirPods. He begins his ride by accessing Apple Music from his Apple Watch with no iPhone in sight, a feature exclusive to the new Apple Watch Series 3 with cellular.

In the ad, Apple touts that you have access to 40 million songs on your wrist, but there’s a nice disclaimer below that:

Apple noted during its keynote on Tuesday that Apple Watch’s support for cellular Apple Music was coming “next month,” which means October at the earliest. That means people who preordered Apple Watch Series 3 last night won’t have access to the feature when it arrives starting next week.

Check out Apple’s new Apple Watch Series 3 ad below and let us know what you think of it down in the comments.